The new charges came through as Weinstein began trial in New York, where he faces life in prison if convicted 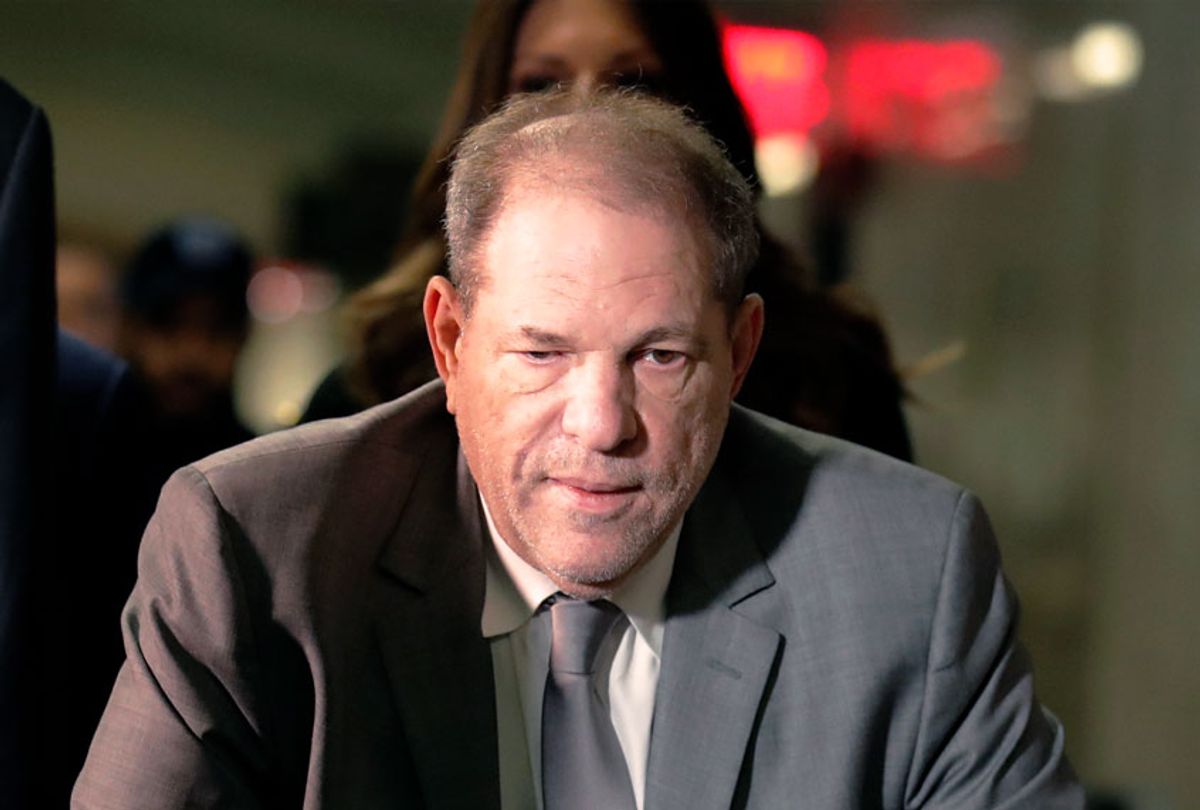 Disgraced Hollywood producer Harvey Weinstein has been charged with the rape of one woman and the sexual assault of a second in separate events which allegedly occurred across two days in 2013.

The former mogul was charged with "one felony count each of forcible rape, forcible oral copulation, sexual penetration by use of force and sexual battery by restraint,” the district attorney’s office announced Monday in a press release. The document claims that in February 2013, Weinstein “allegedly went to a hotel and raped a woman after pushing his way inside her room. The next evening, the defendant is accused of sexually assaulting a woman at a hotel suite in Beverly Hills.”

The district attorney’s office has recommended that $5 million bail be set for Weinstein. He faces up to 28 years in state prison if convicted.

“We believe the evidence will show that the defendant used his power and influence to gain access to his victims and then commit violent crimes against them,” District Attorney Jackie Lacey said in a statement. “I want to commend the victims who have come forward and bravely recounted what happened to them. It is my hope that all victims of sexual violence find strength and healing as they move forward.”

The new charges came as Weinstein went on trial in New York to face sex crimes charges related to two separate women. One is Mimi Haleyi, who worked as a production assistant on a television series produced by the Weinstein Company. She alleges that Weinstein forcibly performed a sex act on her in 2006, previously claiming that he “wouldn’t take no for an answer and took me into a bedroom . . . that looked like a kid’s bedroom with drawings on the wall.”

She added, “He was extremely persistent and physically overpowering. He then orally forced himself on me, while I was on my period. He even pulled my tampon out. I was mortified. I was in disbelief and disgusted. I would not have wanted anyone to do that to me, even if that person had been a romantic partner.”

The judge in the case reportedly lectured Weinstein for using his cell phone only five minutes into the second day of the trial despite repeated warnings against doing so.

“Mr. Weinstein...is this really the way that you want to land up in jail for the rest of your life…by texting and violating a court order?” Judge James Burke said, according to the New York Daily News.

Weinstein already faces up to life in prison in New York, where he is on trail for five counts: two counts of predatory sexual assault, one count of criminal sex act and one count of first-degree and third-degree rape. He has repeatedly denied any wrongdoing.

Though he faces dozens more accusations of sexual misconduct, Weinstein has sought to portray himself as the true. Speaking to the New York Post’s Page Six last year, he lamented that the rape and other sexual misconduct accusations against him had distracted from his career achievements.

"I feel like the forgotten man," Weinstein told The Post. "I made more movies directed by women and about women than any filmmaker, and I'm talking about 30 years ago. I'm not talking about now when it's vogue. I did it first! I pioneered it!"

The disgraced film producer added, "It all got eviscerated. My work has been forgotten."