"I made more movies directed by women and about women than any filmmaker," the disgraced Hollywood producer claims 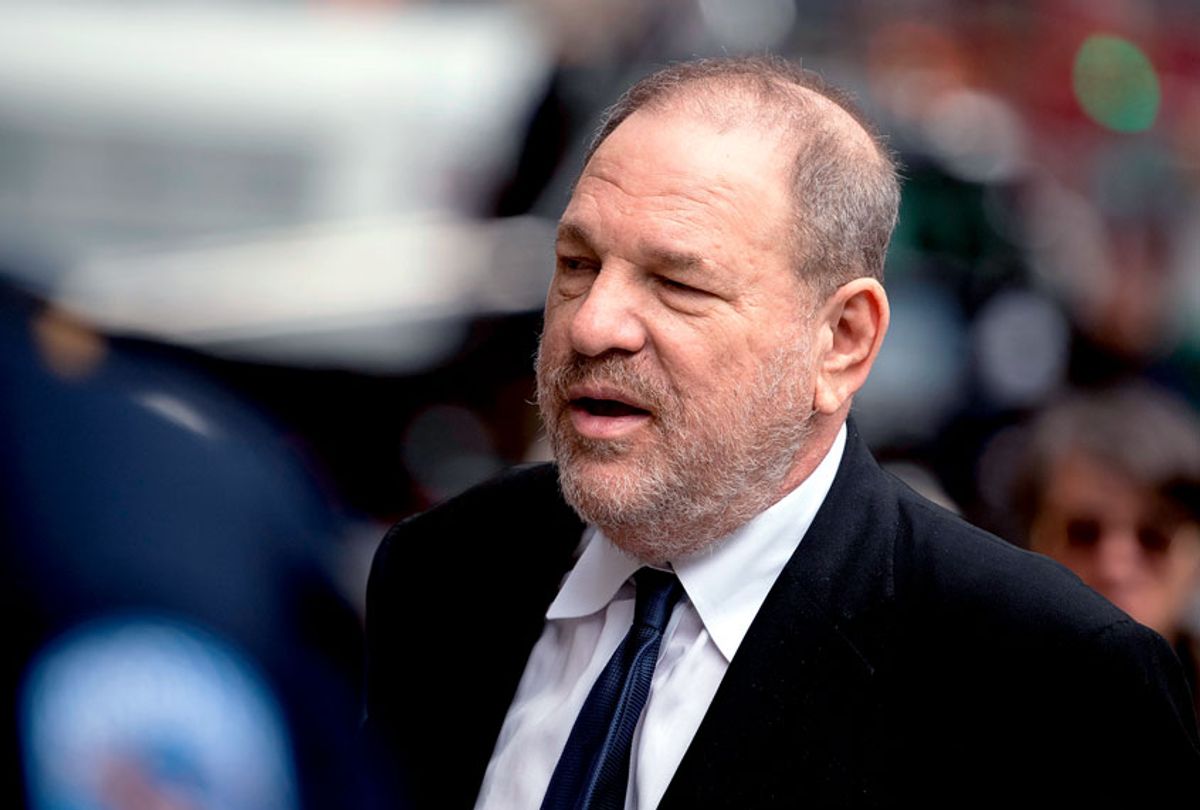 Harvey Weinstein, who has been accused by more than 80 women of sexual misconduct ranging from harassment to rape, has claimed that he should be remembered for lifting up women in Hollywood rather than as an alleged serial predator.

"I feel like the forgotten man," Weinstein, 67, complained in an interview with the New York Post's Page Six. "I made more movies directed by women and about women than any filmmaker, and I'm talking about 30 years ago. I'm not talking about now when it's vogue. I did it first! I pioneered it!"

The disgraced film producer added, "It all got eviscerated. My work has been forgotten."

Weinstein talked to the newspaper Friday at New York-Presbyterian/Weill Cornell Medical Center, where he was recovering from a three-hour spinal surgery to remove a trio of bone plates compressing his vertebrae. He reportedly sustained the back injury in an Aug. 17 car accident.

The former Hollywood mogul refused to discuss any of the allegations against him. Weinstein, who relied on a walker during a court appearance last week but was later photographed walking unassisted, told the newspaper that he only agreed to the interview to prove that he has not been exaggerating about his medical condition.

"This was a major operation," he said. "I want this city to recognize who I was instead of what I've become."

Weinstein is set to go on trial for rape on Jan. 6 in Manhattan Supreme Court. He has been accused of raping a woman, who has not been named publicly, in 2013 at a Manhattan hotel and forcibly performing oral sex on production assistant Mimi Haleyi at his townhouse in 2006.

He has been charged, and pleaded not guilty to, five criminal charges: two counts of predatory sexual assault, one count of criminal sex act and one count of first-degree and third-degree rape in the cases. If convicted, Weinstein faces up to life in prison. He has repeatedly claimed that all sexual acts were consensual and denied any wrongdoing.

Weinstein's comments were swiftly condemned by dozens of women who have publicly accused him of sexual misconduct. In a joint statement, 23 of his accusers claimed that Weinstein was "trying to gaslight society again."

"He says in a new interview he doesn't want to be forgotten. Well, he won’t be. He will be remembered as a sexual predator and an unrepentant abuser who took everything and deserves nothing," the women, who include Ashley Judd and Rose McGowan, said in a statement. "We refuse to let this predator rewrite his legacy of abuse."

Dozens of women have come forward publicly to accuse Weinstein of sexual misconduct after bombshell exposés published in October 2017 in the New York Times and the New Yorker revealed allegations spanning nearly three decades. The reports revealed that Weinstein's behavior was an open secret in Hollywood.

Weinstein and his bankrupt film studio, the Weinstein Company, reportedly recently reached a tentative $25 million civil settlement with more than 30 accusers. The settlement, which has not been finalized, would not require Weinstein to admit wrongdoing or pay any of his own money to his accusers, The New York Times reported last week, citing lawyers involved in the negotiations.

One of the women who has accused Weinstein of harassment but is not part of the settlement is actress Gwyneth Paltrow, who won an Oscar in 1999 for "Shakespeare in Love," which was released by Weinstein's film company, Miramax. Paltrow has alleged that Weinstein lured her to his hotel room under the guise of a business meeting but then tried to massage her in 1994, when she was 22.

In his interview with the New York Post, Weinstein pointed to his decision to pay Paltrow a massive sum while he was still at the helm of Miramax as an example of how he has empowered women in Hollywood.

”Gwyneth Paltrow in 2003 got $10 million to make a movie called 'View from the Top.'  She was the highest-paid female actor in an independent film. Higher-paid than all the men," he said.

He also spoke about his charity work and noted how he bought the distribution rights to the 1990 drag ball documentary "Paris is Burning."

"This was a company that took social issues and tackled them," he said of Miramax.