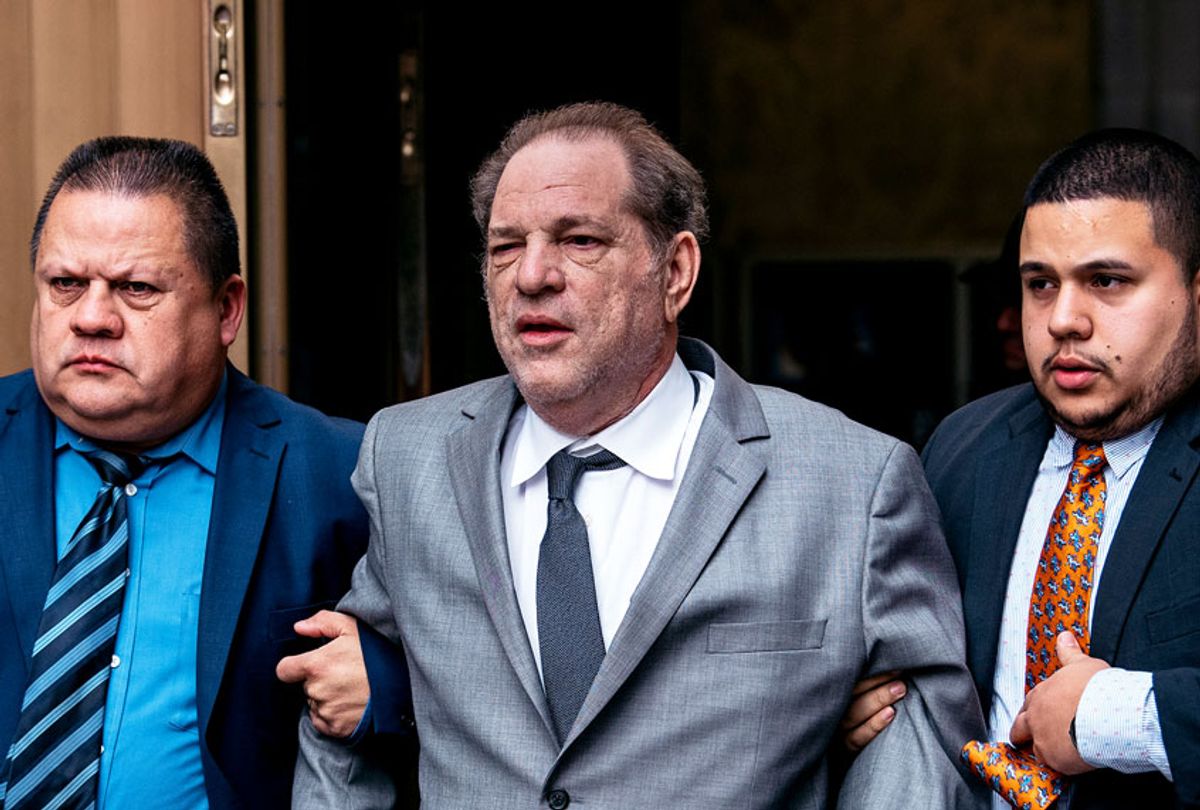 Disgraced Hollywood producer Harvey Weinstein violated the conditions of his bail by mishandling his electronic ankle monitor, sometimes going hours at a time unaccounted for hours at a time, according to New York prosecutors.

Prosecutor Joan Illuzzi made the claim at pre-trial hearing for Weinstein, asking the judge on Friday to increase his bail from $1 million to $5 million, the Associated Press reported. Prosecutors reportedly accused him of leaving at home apiece of the monitoring technology which keeps the ankle bracelet activated.

"It has nothing to do with any manipulation of the bracelet," Rotunno told reporters after leaving court.

She admitted that Weinstein, who has pleaded not guilty to charges of rape and sexual assault, had on at least one occasion forgotten part of the device when he left the house.

"The minute he realized he forgot it, he made a phone call," she said.

Judge James Burke deferred any decision about whether Weinstein should face stricter bail over the alleged violations until next week.

Weinstein, 67, has been charged, and pleaded not guilty to, five criminal charges: two counts of predatory sexual assault, one count of criminal sexual act in the first degree and one count each of first-degree rape and third-degree rape. The charges involve two female accusers — one accused him of rape in a Manhattan hotel room in 2003, and another alleged he sexually assaulted her in 2006.

The Hollywood mogul is free on $1 million bail after pleading not guilty in July 2018 to all of the charges. If convicted, he could face a life sentence. He has repeatedly denied all accusations of non-consensual sex.

Dozens of women have come forward publicly to accuse Weinstein of sexual misconduct after bombshell exposés published October 2017 in the New York Times and the New Yorker revealed allegations spanning nearly 30 years. The reports revealed Weinstein's behavior was an open secret in Hollywood.

Since then, more than 80 women have accused Weinstein of sexual misconduct, ranging from unwanted sexual advances to rape.

Weinstein accusers tentatively agreed to a $44 million settlement in May to resolve more than a dozen civil lawsuits against him.