Somehow, in this new Netflix series produced by America Ferrera, gentrification becomes both relatable and funny 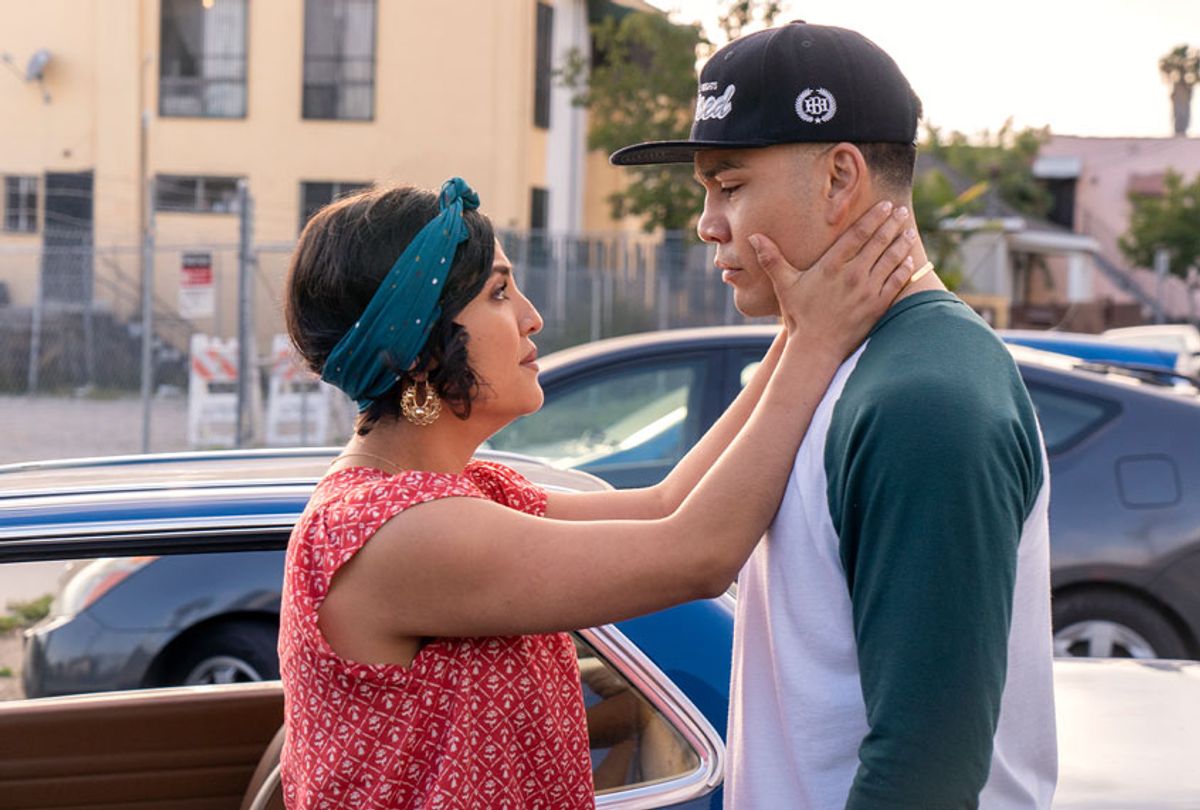 Before watching "Gentefied," I'd never considered whether a mariachi cover of "I Swear" would absolutely gut me. But when Javier's (Jaime Alvarez) voice scales the line, "For better or worse, till death do us part," backed by a traditional vihuela and violin, I broke down.

Javier isn't exactly a main character in the new comedy Netflix series, which is produced by America Ferrera and created by Linda Yvette Chavez and Marvin Lemus. Until the sixth episode,  he orbits the key players: cousins Chris, Erik and Ana and their abuelo, Casimiro Morales. Set in east Los Angeles, the Morales family is working to save Casimiro's (Joaquín Cosio) taco shop, Mama Fina's, as rents prices climb and developers are lying in wait.

But then, the lens is turned on Javier. He is a Mama Fina's customer struggling to make ends meet in his mariachi band; he and his young son, Danny, have lost their apartment due to rising rent costs in east Los Angeles, while his wife lives and works in Tijuana.

One of his band mates is badgering him to try out mariachi covers of pop music, since the hipsters at the brunch spot where they perform on weekends are totally uninterested in their current repertoire, and no interest means no tips. Javier is reluctant. He doesn't want to sell out his culture, his authenticity.

But when he caves, after a ton of deliberation, the result is beautiful — at least for a moment.

At its core, "Gentefied" is a bold, beautiful show about people trying to play a game in which they don't make the rules. There they are, trying to walk a delicate line between tradition and modernization, beautification and preservation. For a while, like in Javier's case, a balance is achieved, but suddenly, the rules change, and it feels like they can never win.

The main arena in which we watch this play out is obviously Mama Fina's, and cousins Chris (Carlos Santos) and Erik (Joseph Julian Soria) have two very different ideas for how to secure more income.

Chris spends his days working the line at an upscale restaurant for a racist white chef. College-educated with French culinary school ambitions, he thinks Mama Fina's should adapt to the times, with tikka masala tacos and Etsy-style chalkboard menus.

Erik — a hotheaded stoner who, at least externally, appears to lack ambition — has spent much of his life slaving away at Mama Fina's. He thinks that Casimiro should double down and just keep serving the authentic Mexican food community regulars expect.

Erik thinks Chris is basically a gringo; Chris thinks Erik is unwilling to do what it takes to actually keep the restaurant in business. Ana (Karrie Martin) serves as the peacekeeper in her family, while also pursuing her career as a fledgling artist and managing her relationship with her girlfriend, Yessica (Julissa Calderon).

With the double threat of eviction and opportunistic real-estate developers hanging over their heads, everyone finally comes around to the idea that whatever needs to be done to save the shop, even if it's not immediately comfortable, should be done.

Out with the free tortilla chips, in with the taco of the week.

While "Gentefied" is definitely a comedy (Ana's precocious younger sister Nayeli, played by Bianca Melgar, is a breakout) it deals with the heavy issues of gentrification and displacement with a tremendous amount of heart; it also spends a lot of time intentionally dismantling harmful stereotypes of Mexican men, which have only been reinforced through copious pop culture depictions as drug lords and gang members and dehumanizing political rhetoric.

Nowhere in "Gentefied" are the men depicted solely as macho. They are grandfathers, brothers, fathers, and fathers-to-be who approach their respective roles with sensitivity. The writers add little details that keep all the characters, but the men specifically, from coming across as one-note, like Erik's love for literature (which he passes onto the community through a Taco Book Club) or Casimiro's absolute devotion to his wife who has passed away.

Thanks in large part to these details, by the end of the series, you absolutely fall in love with the Morales family. I mean, every generation has a television family that viewers want to be a part of — from "The Brady Bunch" to "Black-ish." But it's refreshing, especially in our current political climate, one of the 2020s frontrunners for family of choice is Mexican American.

Every win they have, like when Ana is commissioned for, and completes, a huge, gorgeous mural depicting "queer brown love," you're cheering them on; and every time hardship strikes, you feel it, too. The writers build this fondness steadily, and then use it intentionally in the final episode, a tremendous cliffhanger that already has viewers clamoring for a second season.

But where "Gentefied" really shines is in its illumination of the spaces between win and loss, leaving viewers to grapple with a question that serves as a stand-in for every business in a redeveloping community: If Mama Fina's changes what it is, but attracts new customers, is that actually a victory?

"Gentefied" is currently streaming on Netflix.