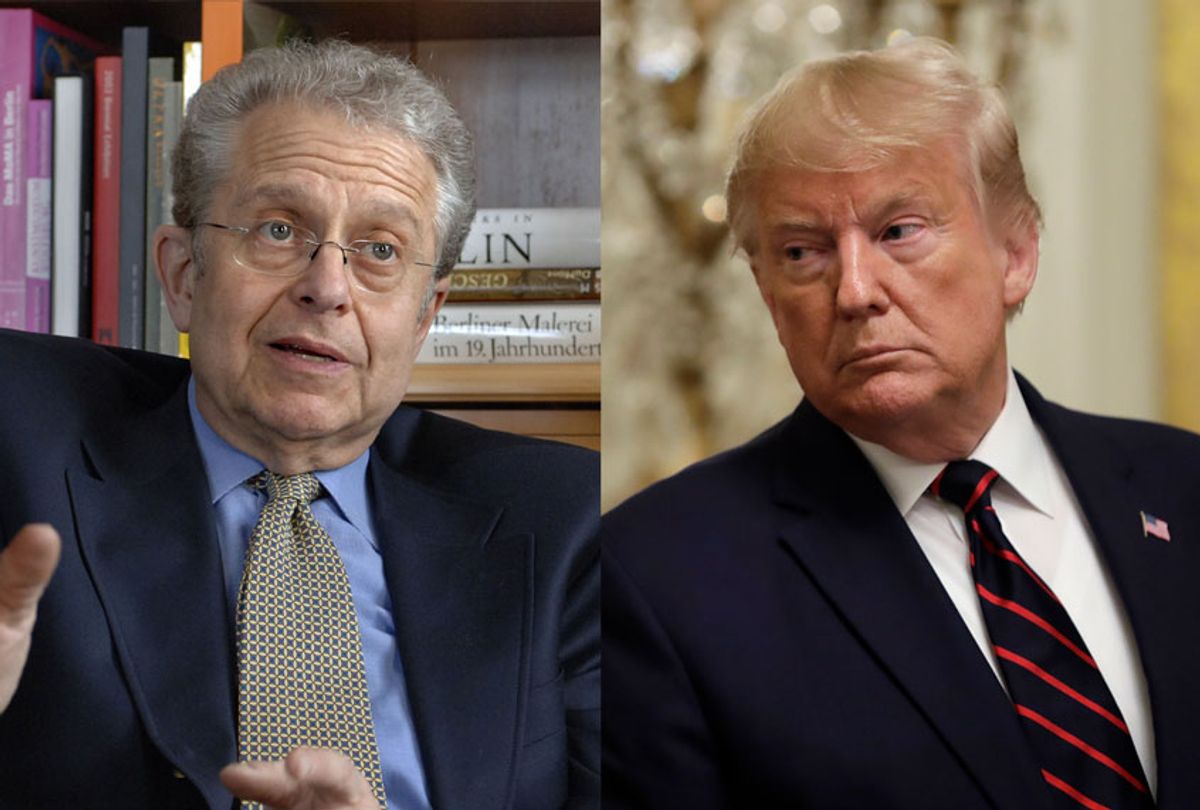 The re-election campaign of President Donald Trump accused The New York Times of libel Wednesday, claiming that an editorial about the Russia scandal was both "false and defamatory."

Trump campaign attorneys alleged in the filing that The Times "knowingly published false and defamatory statements" about the president in a March 2019 editorial by former executive editor Max Frankel.

They also claimed that the publication "was well aware when it published these statements that they were not true" but chose to defame the president "because of The Times' extreme bias against and animosity toward the campaign and The Times' exuberance to improperly influence the presidential election in November 2020."

The lawsuit cited a section of the editorial in which Frankel wrote that "there was no need for detailed electoral collusion between the Trump campaign and Vladimir Putin's oligarchy, because they had an overarching deal." Frankel argued a quid pro quo in which the "quid" was Russia's assistance in defeating Clinton during the 2016 presidential election and the "quo" was a pro-Russia foreign policy. He concluded that "the Trumpites knew about the quid and held out the prospect of the quo."

The Times issued a statement responding to the lawsuit, which accused Trump of using the courts "to try to punish an opinion writer for having an opinion they find unacceptable." After adding that the law "protects the right of Americans to express their judgments and conclusions," The Times concluded that "we look forward to vindicating that right in this case."

"The Trump lawsuit against the Times is utterly frivolous on its face in light of the First Amendment, because the allegations meet none of the settled requirements for imposing liability on behalf of an allegedly defamed public official under New York Times Co. v. Sullivan," Tribe said.

In that landmark 1964 case — which was prompted by a Times editorial criticizing the police department of Montgomery, Ala.— the Supreme Court ruled that a politician, public official or public institution can only successfully sue for defamation if they demonstrate "actual malice." This means that a plaintiff must prove that a publication either knowingly made false statements or displayed recklessly disregard for whether its claims were true.

Tribe added that "the lawsuit should be dismissed as soon as possible and costs should be assessed for the abuse of process. The suit is a clumsy outburst designed to chill the free press and not a responsible use of the judicial system. The lawyers who signed the complaint should be ashamed of themselves."

He agreed "entirely with every point" made by Georgetown Law professor Joshua Geltzer in a Wednesday Twitter thread. Geltzer said it was "eyebrow-raising" that Trump referred to an opinion article as "intentional false reporting," because opinion pieces are not the same as purportedly objective journalism. He also observed that although the campaign cited former special counsel Robert Mueller's report as proof of actual malice, it was not released until one month after Frankel's piece.

Barbara McQuade, a former U.S. attorney for the Eastern District of Michigan, told Salon by email that "this lawsuit is unlikely to succeed court, but it may be part of a public relations campaign to portray the media as publishing 'fake news.'"

Like Geltzer, she argued that the Trump campaign falls short of proving "actual malice" and suggested that Frankel's claims could have been accurate. She also pointed out that Frankel was careful to explain that he was only "making inferences from then-available facts" and added that "one could argue that the lawsuit is defaming The New York Times by making misleading statements about the article."

This is not the first time that Trump has tried to silence his media critics. He publicly discussed challenging NBC's license in 2017 to stop the dissemination of "fake news" about him and asked why the Senate Intelligence Committee was not looking into "the Fake News Networks." While running for president one year earlier, Trump told CBS Miami that "our press is allowed to say whatever they want and get away with it" and "you should have the ability to sue them."