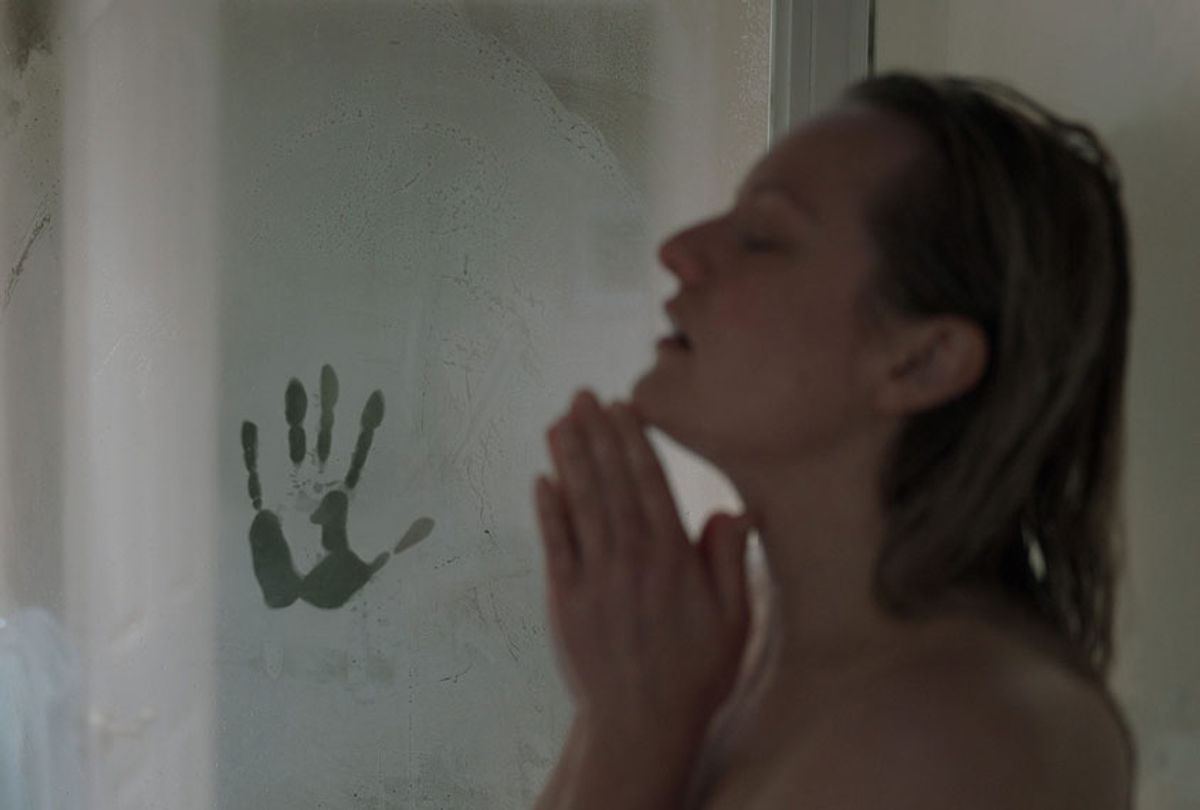 If the so-called Dark Universe – a planned cinematic universe consisting of reboots of Universal's classic movie monsters – had launched with "The Invisible Man" instead of 2017's incomprehensible  "The Mummy," it might have actually been the next big thing since the MCU.

"The Invisible Man" stars Emmy-winning "Handmaid's Tale" actress Elisabeth Moss as Cecilia Kass, the physically and psychologically abused wife of wealthy optics scientist Adrian Griffin (Oliver Jackson-Cohen). After Cecilia leaves Adrian in the middle of the night to stay with her supportive friend Detective James Lanier (Aldis Hodge) and his daughter Sydney (Storm Reid), as well as reconnect with her sister Emily Kass (Harriet Dyer), she gradually becomes accustomed to life outside the clutches of a narcissistic sociopath. All of that changes, however, when she learns that Adrian has died and, through his lawyer brother Tom (Michael Dorman), left her with $5 million from his estate. Soon, a series of eerie coincidences convinces Cecilia that Adrian is not only still alive, but has turned himself invisible so he can stalk her. Can she stop whatever force is hounding her or will she be undone by a society that insists she has lost her mind?

There are three things that work about "The Invisible Man," which was directed and written by Leigh Whannell, whose previous work includes writing the scripts for "Saw" and the first two "Insidious" movies, as well as directing "Insidious: Chapter 3." First and foremost is the central performance by Moss, who rises to the task of both projecting a gradually worsening state of hysteria and carrying scenes on her own in which we must be made to believe a second, unseen silent character is also present. The special effects also deserve credit here: In an era when cartoonish CGI sucks the believability out of many blockbusters set pieces (looking at you, "Hellboy" remake), the effects here are understated and therefore more convincing.

Finally, and most importantly, the movie is about something more than just scaring you. Despite its lack of pretense, there are actually layers of intelligent subtext curling beneath the standard horror plot, which is only superficially related to H.G. Wells' 1897 horror novel and James Whale's 1933 film adaptation. If Adrian truly is dead, Cecilia's inability to simply purge his influence from her life would be entirely normal, as is the case for anyone who has been victimized by abuse. The fact that something/someone is alive and terrorizing her, though, works on another level because there truly are sadistic monsters out there — many of them figuratively invisible — who get off on tormenting individuals whose suffering provides them with pleasure. Finally, there is the unmistakable whiff of misogyny in how everyone around Cecilia cannot believe that she is telling the truth. Granted, it's not every day that someone tells you their ex-husband has turned invisible, but the man was a brilliant optics scientist, and Cecilia provides plenty of evidence that can't be easily explained away. At some point, waving off her claims requires more credulity than at least considering them.

This is what good horror is all about. "The Invisible Man" is full of tense set pieces, haunting visuals, and well-placed jump scares (which, though overused in many horror films, are perfectly suited to this type of material), yet its strength lies in the depth of its story. Literal invisible men may be a fiction, but the core horrors in "The Invisible Man" — controlling people who enjoy inflicting pain, the psychological scars of PTSD, the tendency to be dismissed because of sexism — are all too real. That is what makes this movie work.

Compare this to 2017's "The Mummy." A few years ago, in an effort to emulate the success of the Marvel Cinematic Universe's shared world of superhero movies, Universal attempted to create a Dark Universe based on the classic 1930s monster movies. "The Creature from the Black Lagoon," "The Wolfman," "The Bride of Frankenstein," and "Van Helsing" were all confirmed to be parts of the series in addition to "The Invisible Man," but Universal made the unfortunate mistake of kicking things off with a bland and boring reboot of "The Mummy." When that predictably tanked, the Dark Universe went with it.

The chief failing of "The Mummy," as I noted at the time, is that it felt like a film made by a corporate committee. Nothing in that movie seemed like an organic part of a story that its creators were eager to tell. It seemed like a hollow product, a financial instrument, a vehicle for launching a business enterprise that had all of its edges smoothed away so that it would be as safe as it could be for the widest possible audience. "The Invisible Man," by contrast, is a self-contained story — despite originating as part of the Dark Universe — and has no greater ambition than to work on its own terms. The result isn't just a great horror flick, but a property that could very well exist in a larger, equally compelling universe of horror films if Universal so chose.

There is a lesson in here, one that I hope Hollywood will someday pick up on.

"The Invisible Man" is currently in theaters nationwide.