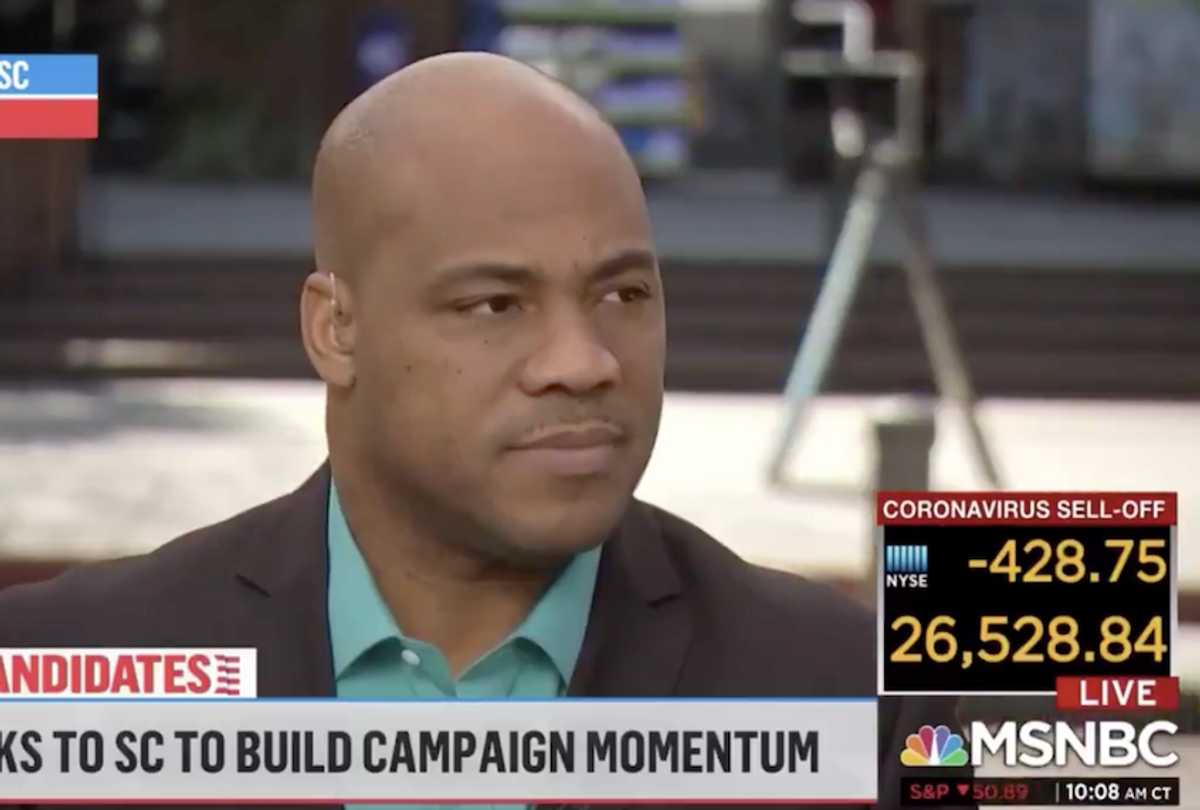 Hours after a New York Times report Thursday quoted Democratic Party elites plotting to deny Sen. Bernie Sanders the party's 2020 presidential nomination if he enters this summer's convention in Milwaukee with only a plurality of delegates, a party operative from South Carolina on MSNBC downplayed the role of the public in selecting the nominee, drawing outrage from Sanders supporters.

Gunn added that super-delegates, party elites with an outsized influence in the process of selecting a nominee after the first round of voting at the convention, were "very influential in the party."

"So apparently the new line is 'the public doesn't really decide the nominee,'" Sanders speechwriter David Sirota tweeted in response.

Sanders supporter Shaun King piled on, saying that the comments were "utter foolishness."

"I can hardly believe he formed his lips to say this out loud," said King.

Gunn said in 2015 that Sanders "just [sounds] angry" and suggested that the senator would have difficulty in the Palmetto State because Vermont was the farthest place possible from South Carolina voters.

He is also a board member of the group the Democratic Majority for Israel, an AIPAC-affiliated organization that aired multiple attack ads aimed at Sanders in Iowa and Nevada, though he does not disclose that relationship during appearances on MSNBC, as Electronic Intifada's Michael F. Brown pointed out on February 24.

"Gunn ought to explain his connection to the organization and should consider either stepping away from DMFI during the presidential campaign or insist that his affiliation with the group be prominently noted during his television speaking engagements," wrote Brown.

"He's never been a Democrat, till it became politically expedient for him to say, I'm a Democrat," said Gunn. "He chose to be an interloper."

Though he is the longest serving independent in Congress, Sanders has always caucused with the Democrats, serves as a member of the Senate Democratic leadership, and is running for president as a Democrat.

As Common Dreams reported, the Times article on super-delegate plots to overrule the party's voters in a brokered convention sparked anger and dismay from Sanders supporters Thursday morning.

"If that's what our party leaders are going to do, you'll see rebellion not just in the presidential race, but in down-ballot races as well," warned Nebraska Democratic Party chairwoman Jane Kleeb.

Predictions that such a move could prove disastrous continued across social media throughout the afternoon.

"If Bernie made it to the convention with a plurality of the delegates but not a majority and was denied the nomination, it would rip the party apart, plain and simple," saidNew York Times columnist Charles Blow.