"I Am Not Okay With This" is the sharp, superpowered coming-of-rage drama Netflix needed

In this adaptation of Charles Forsman's grapic novel, teenage girls are a force to be reckoned with 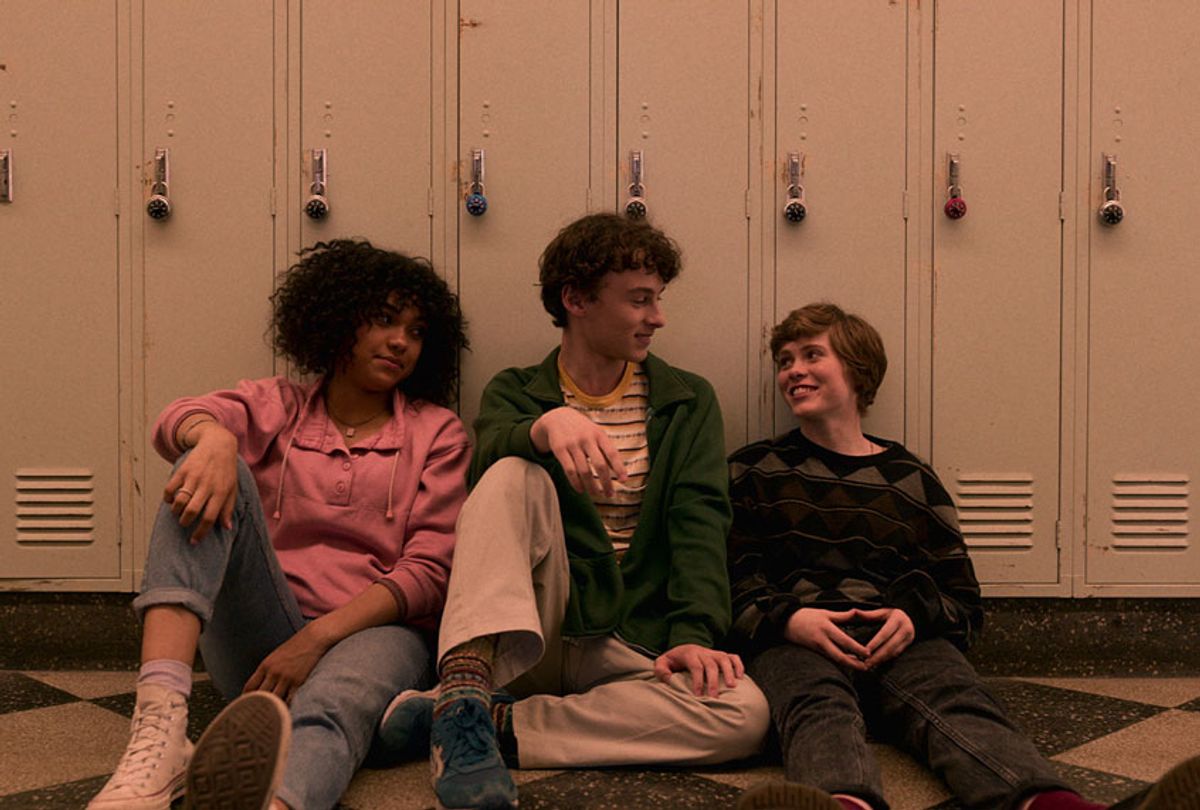 Sofia Bryant, Wyatt Oleff, and Sophia Lillis in "I Am Not Okay With This" (Netflix)
--

Puberty is a deeply disconcerting time; fueled by hormones and angst, a body and set of emotions that were once relatively predictable are hurled into a state of heightened confusion. But it's something everyone goes through, and "I Am Not Okay With This," a new Netflix series, explores this natural phenomenon by imbuing it with an element of the supernatural, to an exhilarating effect.

The coming-of-age comedy tells the story of small-town Pennsylvania teen Sydney (Sophia Lillis), a "boring 17-year-old white girl" who is grappling with all the trappings of adolescence — from thigh pimples to sorting out her exact feelings for her vivacious best friend, Dina (Sofia Bryant). She's also living in the wake of her father's suicide a year prior, which has brought about certain weighty trauma that manifests as pure rage.

Sydney is like a two-liter bottle of soda that has been purposely shaken, and when the cap is finally unscrewed, she bursts, revealing a frighteningly chaotic telekinetic ability. Initially, her anger only manifests in mildly destructive ways, like giving the school jock a bloody nose or ripping a hole in her bedroom wall, but as her rage builds, so do her powers.

"I Am Not Okay With This," which is co-created by Christy Hall and "End of the F***ing World" producer Jonathan Entwistle, maintains much of the piquancy of its source material, Charles Forsman's graphic novel of the same name. The seven episodes are lean and punchy, most coming in at just over 20 minutes, which allows the characters themselves to be illuminated.

At least some of them. Sydney, as our main character who has the luxury of expressing herself through a diary (which serves as a narrative device throughout the series) is fully explored — as is her neighbor, Stanley (Wyatt Oleff).

Stanley is the town's resident weirdo, whose slouchy pastel jackets and solo mirror-dance routines conjure inescapable comparisons to Jon Cryer's earnest Duckie from "Pretty in Pink." It's endearing! Enough so that you understand why Sydney confides in Stanley about her powers. He's also the only other character whose home life we get a peek into, including his exchanges with his beer-swilling dad who very obviously doesn't understand his son.

We get a certain level of insight into Sydney's family, mostly due to their proximity to her. Her mother Maggie (Kathleen Rose Perkins) is still adjusting to single motherhood, her former husband's post-traumatic stress disorder and is overworked and underpaid at her local diner, while kid brother Liam (Aidan Wojtak-Hissong) — a gentle, intelligent boy — spends his time avoiding the school bully who has it out for him.

But despite being Sidney's best friend and main romantic interest, Dina's personality doesn't really extend much beyond her relationship to or with Sidney, which largely leaves her time on screen to feel one-note. For much of the series, she's just the girl who ditches her best friend for a mean-spirited, hot jock.

This isn't the only element of "I Am Not Okay With This" that feels familiar, from the setting — a washed-out, retro Rust Belt town a la "Stranger Things" — to the series' inevitable conclusion. The first shot of the show is of Sydney in a school formal dress, dripping in blood; "Carrie" comparisons abound.

But what feels so excitingly fresh about "I Am Not Okay With This" is that it actually takes time to explore the rage of adolescent girls. I've written before about the novelty of this. Pop culture has historically done girls a disservice when translating their anger to the screen; it almost inevitably is depicted as cliquiness or eye-rolling obstinance with a wink to an underlying societal belief that teenage girls are just the worst, amiright?

Shows like "Big Mouth" and "Pen15" have pushed back on this, laying out why their pubescent characters act in ways that are sometimes perceived as problematic by the adults around them. But "I Am Not Okay With This" blows the topic wide open. If the "Big Mouth" episode "Girls Get Angry Too" is a bonfire, "I Am Not Okay" is a volcano. In the context of this series, teenage girls are a force to be reckoned with.

"I Am Not Okay With This" is currently streaming on Netflix.