A garlicky, gingery chicken soup for the solo soul

A case for the Cornish game hen, an oft forgotten supermarket poultry. 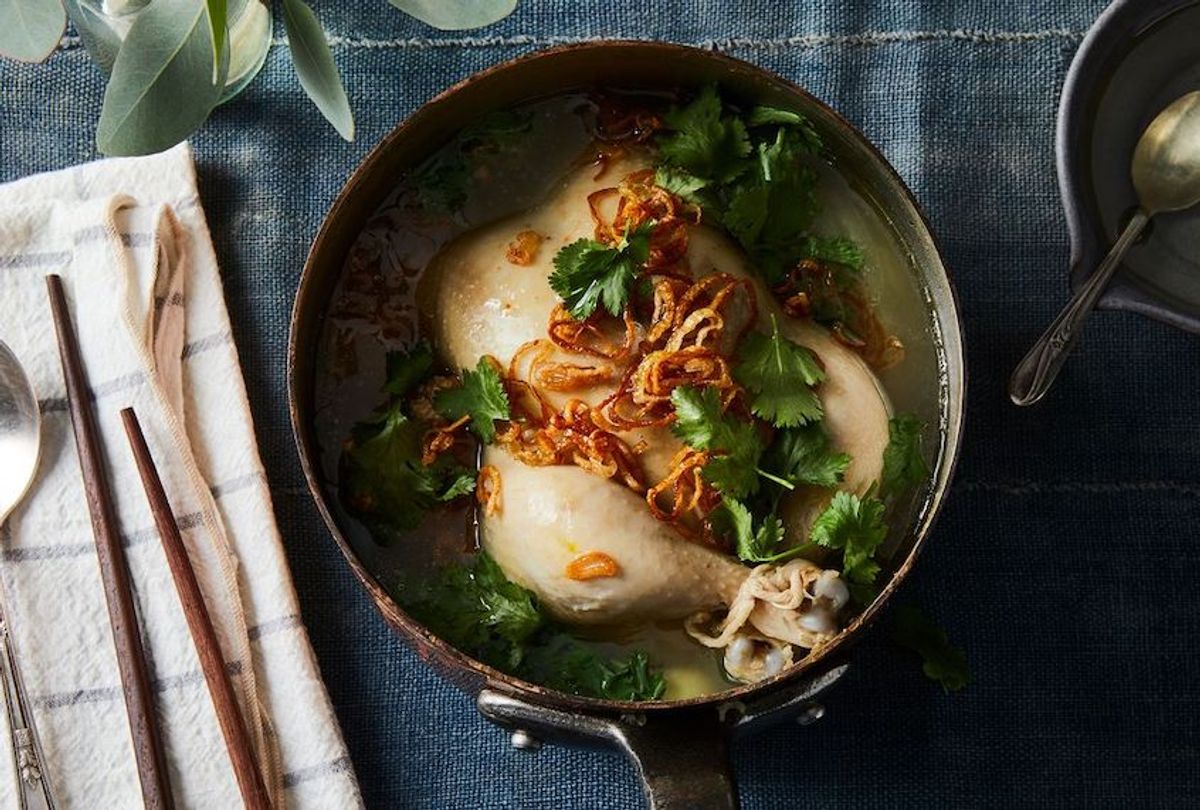 In 1949, a fire wiped out a flock of African guinea hens that Alphonsine "Therese" Makowsky and her husband were raising and selling. To replenish their stock, Therese turned instead to Cornish chickens, whose meatiness she had read about in a book and wanted to try breeding herself, and White Plymouth Rock hens, which were favorable for their all-white meat — not to mention their petite, single-serving size. And thus, the perfect cross-bred bird, both meaty and petite, was born.

Most people don't even notice these little chickens at the grocery store today. Like many vintage trends, the Cornish game hen — beloved by the restaurant industry due to its elfinness and ultra-tender flesh — seems to have all but gone out of fashion. Why buy these little birds when there are boneless, skinless breasts and thighs and whole broiler chickens to be had?

But a Cornish game hen is the best "cut" of poultry for a solo portion of soup. Once boiled with fresh ginger and a fat handful of garlic, its flesh becomes meltingly tender (yes, even the breast meat) and the broth rich, fortified, and full of chickeny flavor. There's something to be said for cooking an animal whole; you get depth from the bones and a richness from the skin and cartilage that you just can't get from chicken breasts alone.

I never ate chicken breasts growing up. But we did have Cornish game hens — and had them often. Inspired by samgyetang — a Korean dish of glutinous rice – stuffed poussin (young chicken) rapidly boiled with garlic, ginseng, and jujubes (Chinese red dates) — I decided to stuff this week's Table for One recipe, as well. As the chicken boils, the white rice cooks into a sticky, compact stuffing that's easily my favorite part of the dish (even more than the broth and the meat). 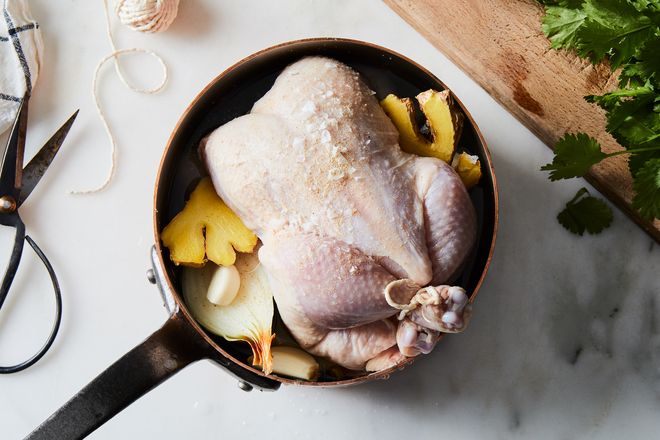 A step that's extra but worth doing here is slow-frying one thinly sliced shallot (the ideal allium, in my book, for its single-portion size). As the Cornish game hen bubbles away on one burner, the little shallot rings crisp up on another. Using a slotted spoon, I drain the fried shallots to garnish the bird later—and into the aromatic oil, I stir some salt and white pepper to use as a dipping sauce for the chicken meat.

Ready-ground white pepper is key here, as I love its mild, musty flavor against the soft Cornish game hen.

And though I feel awful that all those African guinea hens were lost in the Makowskys' fire, I'm forever grateful for the innovation that was cross-bred from such scarcity. There's nothing like coming home after a long winter's day and bubbling up a single game for yourself and for yourself alone.