Dealing with Bernie doubt: My letter to a skeptical friend

Is it risky for the Democrats to nominate Bernie Sanders? Absolutely. But the risks of not doing so are worse 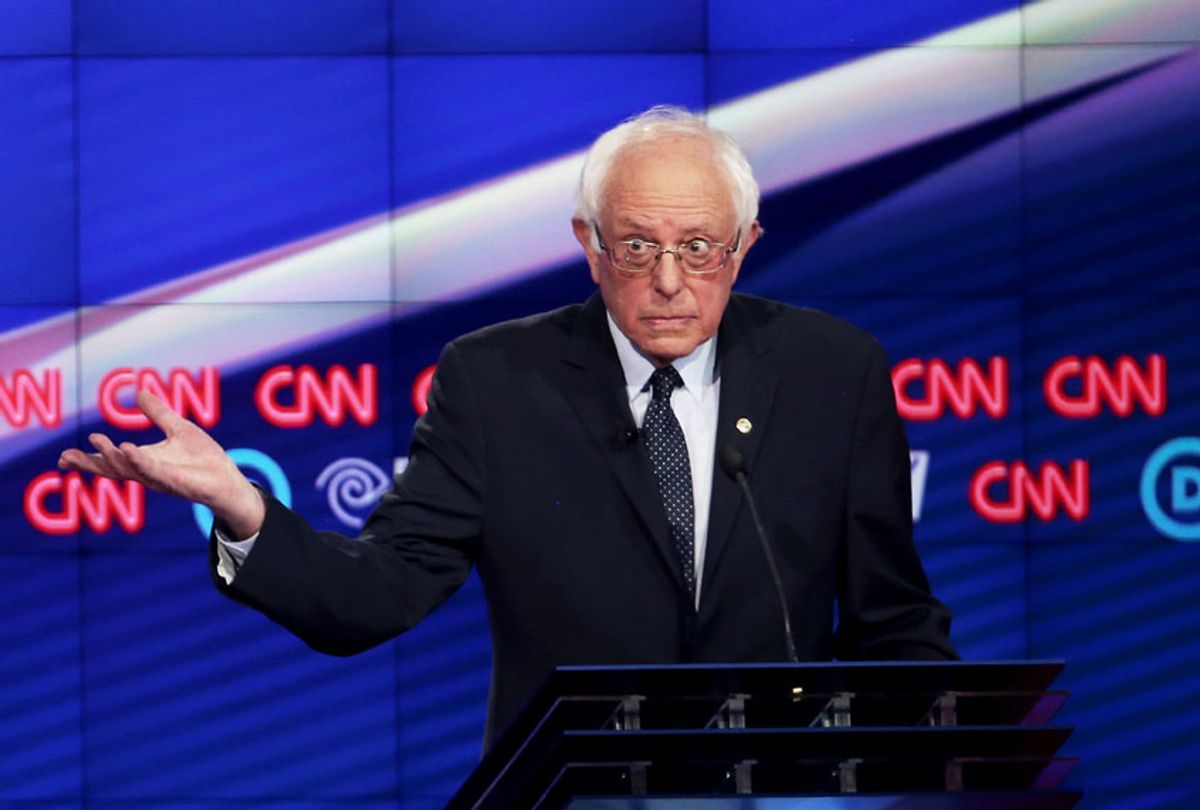 Last week I argued here on Salon that Bernie Sanders isn't "trying to burn [the Democratic Party] down," as Pete Buttigieg charged in the Nevada debate; the party's own establishment burned it down decades ago, capitulating to finance capital and business-corporate lobbyists and subverting a sustainable balance of labor and capital as eagerly as Republicans were doing it. An old friend in Massachusetts has written me very movingly about his and other progressives' worries about Sanders' candidacy — worries that I have too. He writes:

Jim, Although you make many points I wholeheartedly agree with, I'm unsure where your optimism about Sanders is leaving me. Alas, I am one of those people who has pretty much drowned himself in the minutiae of this abhorrent, racist megalomaniacal traitor we have as a president. I've saturated myself almost to an incapacity to act. At least I have not yet purged myself of the ability to be shocked, but no brilliant insights come to mind on what to do or even who to vote for.

I am left right now standing on a bit of a razor's edge. I, like you, will vote for whoever is nominated, but I would be lying if I did not admit that Bernie makes me very, very nervous. Is there enough exhaustion and disgust for Trump out there to create a vote for another secular iconoclast, admittedly one from an entirely different alignment? Will America vote for "revolution," or will the pernicious wiles of "economic necessity" keep us eating the poisonous Trump jerky?

I know Trump doesn't exist in a vacuum. I know Democrats have sold parts of their soul. In this upcoming vote, though, we are up against another party, one filled with people who have sold their souls entirely, for a malignant polity that is very effectively killing the dream that calls itself America. The polarizing hatred of this time is like the recent Australian fires. To defeat them, we only need the rain of compassion, wisdom and virtue — a very nice, very quaint thought that gets us nowhere. There is an old saying, "When the house is on fire, you don't worry about how much water is left in the well." Right now, we must defeat Trump, regardless of how little gets left in the well.

Here is my reply:

Bob, I have some of the same doubts, especially about Sanders' ability to bring in a new Congress enough to sideline the swift, dark undercurrents of capital that are pumping so much poison into our body politic. The harsh truth, increasingly evident to many Americans but not yet to most, is that our regime of casino-like financing and 24/7 consumer marketing, monitoring and dispossessing can't govern even itself, let alone anyone else. It has become a wrecking ball that's destroying the civic institutions and trust without which no such system or society can survive.

Joe Biden might give us a holding action, at best — too little, too late, as not only Australia is discovering. Mike Bloomberg might be a great administrator, as panicked defenders of the current system like David Brooks keep telling us. (Even the news pages of The New York Times have become desperately, disappointingly shameless in caricaturing and condemning Sanders, handing ammunition to the very Trumpsters it hopes to defeat.) But is even Bloomberg a match for the undertows and riptides that he himself has ridden all his life?

Unlike Trump, who brags that precisely because he's ridden those riptides shamelessly for years, he knows how to redirect them, Bloomberg really is serious about climate change and guns. But would he rein in fellow plutocrats such as the Koch brothers, whose investment protocols he largely shares? Would he reconfigure the premises that made him rich while unleashing so much social damage? Or, like George Soros, will Bloomberg end up showing that what made him rich foreclosed his worthy philanthropic and political projects?

Sanders, meanwhile, bloviates repetitively and somewhat dubiously about building a "revolutionary," transformative mass movement, but his actual record in governing, as a mayor and as a member of Congress, is quite constructive, according to Govtrack. Is there any real alternative to trying him at this point, even with all the risks?

Franklin D. Roosevelt convinced most Americans of the need for a huge transformation, and he and a Democratic Congress did bring many of his fellow plutocrats to heel: "The bankers of America hate me, and I welcome their hatred," he told a rally in New York. But Roosevelt could do it only with well-organized, kick-ass pressure from labor unions — including socialists and Communists — on him and legislators. That pressure had its own downside. Only World War II unified the country enough to reconfigure its economy and polity without becoming a statist, command-economy nightmare.

Could Sanders do it now, with a Congress transformed by a powerful, democratic movement? I have my doubts, too, Bob. He needs to deliver a major address, updating one that he gave at Georgetown University in 2015. He needs to explain what his vision of democratic socialism is and is not; what he accepts and respects about "free markets" and what he thinks should be re-regulated and reconfigured in them, with what consequences for shareholder-owned corporations and their employees and customers. He needs to make clearer what foreign policy and global economic principles he wants the United States to embrace, what positions he took wrongly and how he has learned from his mistakes.

If he can't do that convincingly enough to attract and reassure supporters and disarm critics, then we may face no alternative in November but to vote for a Biden holding action or even a Bloomberg managerial crackdown, even though neither will slow the fast-running poisons of which Trump is only the most prominent casualty and carrier, not the cause. Let's press Bernie to come clean with the American people on his program and its principles, and soon.