Michael Bloomberg confronts allegations of sexist behavior: "I'm sorry if somebody was hurt"

"I can tell you that years ago, on the trading room floor, things were different" 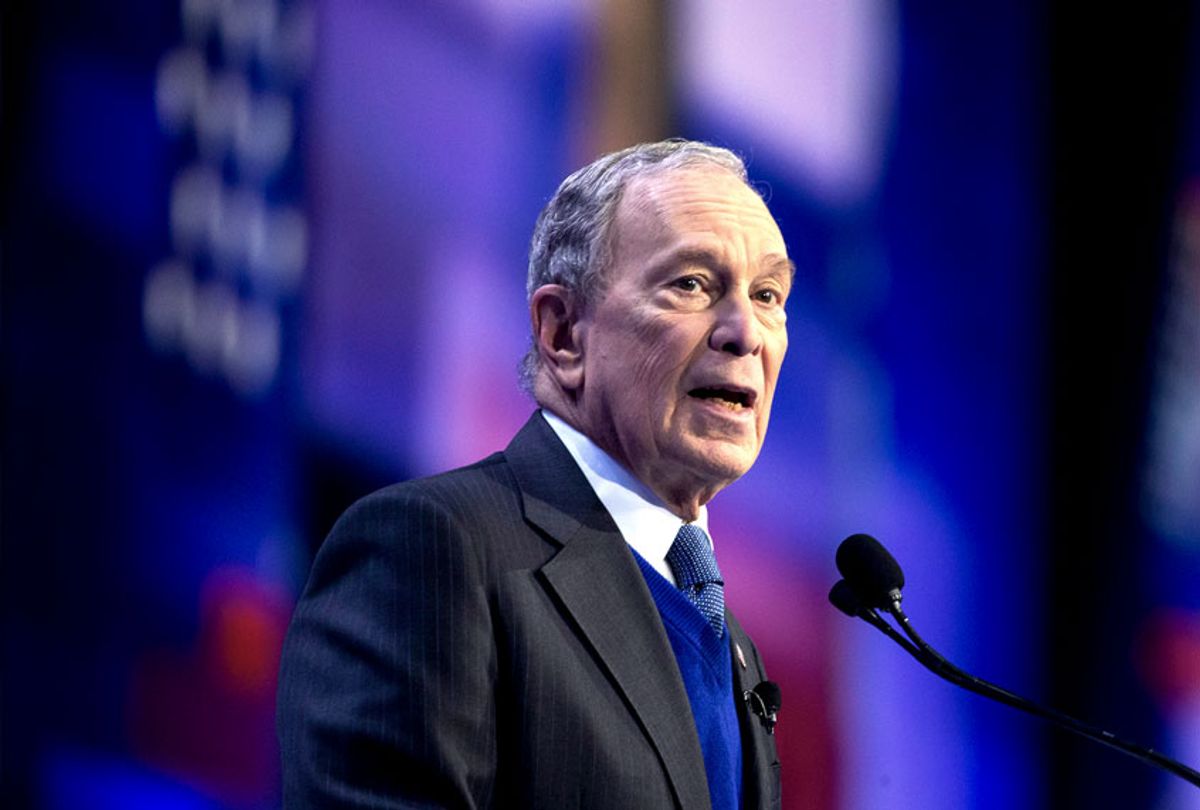 Former New York City Michael Bloomberg told "60 Minutes" on Sunday that he was sorry "if I annoyed somebody or hurt somebody" as he confronted allegations of sexist behavior in the workplace.

"I can tell you that years ago, on the trading room floor, things were different. I apologize for that. I'm sorry if somebody was hurt," Bloomberg told CBS News' Scott Pelley in the interview broadcast Sunday night.

When Pelley asked Bloomberg if he was that same man from the trading room floor, the billionaire running for the Democratic nomination insisted that he had evolved.

"You evolve with times. We're all a product of the world we live in," Bloomberg told Pelley. "Shame on you if you don't learn and try to be better."

Though he offered an apology, Bloomberg did not admit to having made those comments.

Bloomberg told Pelley that "I don't think I ever saw the book, but I do remember it." He added that he "didn't write the book."

In a heated exchange during a Democratic presidential debate last month, Sen. Elizabeth Warren of Massachusetts confronted Bloomberg about multiple nondisclosure agreements related to allegations of sexual harassment made by former employees. Bloomberg told Warren that "none of them accuse me of doing anything other than maybe they didn't like a joke I told."

Warren replied by asking Bloomberg how many agreements had been signed. When he refused to answer her question, she accused him of muzzling women.

"Understand, this is not just a question of the mayor's character. This is also a question about electability," Warren said. "We are not going to beat Donald Trump with a man who has who knows how many nondisclosure agreements and the drip, drip, drip of stories of women saying they have been harassed and discriminated against."

Several lawsuits have been filed against Bloomberg's company alleging gender discrimination. A former saleswoman claimed that Bloomberg responded to her pregnancy by telling her to "kill it" and complaining about the number of women employees on maternity leave.

When an employee claimed that she was raped by a supervisor in a Chicago hotel room, Bloomberg allegedly responded by providing separate working environments for the two individuals. In a deposition related to the accusation, Bloomberg said he needed "satisfactory proof" that a rape had occurred to believe an accusation. One example of such proof would be "an unimpeachable third-party witness."

You can watch a clip of the interview below via Twitter: