Republican Rep. Devin Nunes sues The Washington Post and one of its reporters for defamation

"This appears to be a public relations campaign more than it is a lawsuit," Barbara McQuade tells Salon 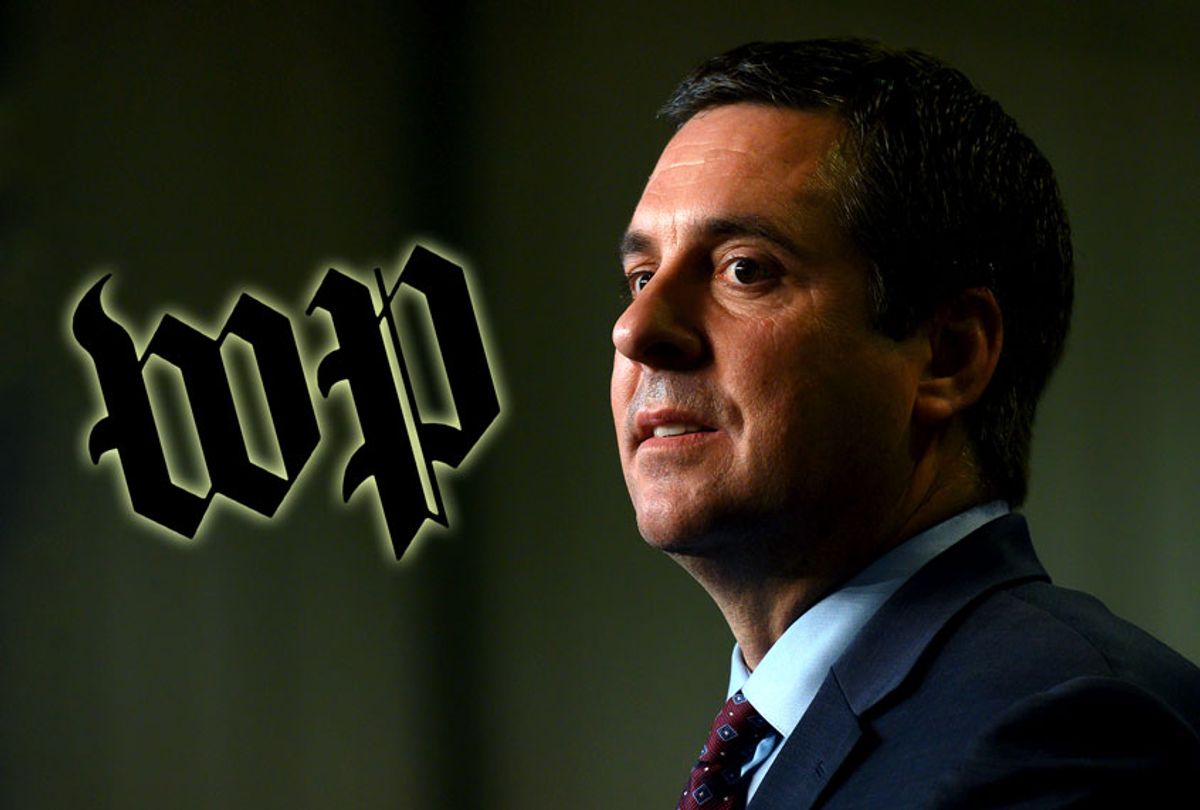 Rep. Devin Nunes, R-Calif., has filed a defamation lawsuit against The Washington Post and journalist Shane Harris, continuing a trend of litigation against a free press.

The suit accuses the outlet of fabricating a report that Nunes told President Donald Trump about an intelligence briefing about Russia and the 2020 election for members of Congress. Nunes claims that he did not meet or speak with Trump on either the day of the briefing or the day after it happened. The congressman also denies numerous other details from the story, including that his alleged actions caused the president to turn against former acting Director of National Intelligence Joseph Maguire.

The lawsuit, which was filed Monday, is notable for its overtly partisan language. Nunes' lawyers write that "billionaire, Jeff Bezos ('Bezos'), purchased WaPo in 2013 for the purpose of using WaPo's mighty pen to influence Federal elections" but that it "failed to defeat the GOP in 2016, in spite of WaPo's notoriously libelous reporting."

The filing accuses the defendants of trying "to impugn Plaintiff's reputation and undermine his relationship with the President" and describes Nunes as "distinguished by his honor, dedication and service to his constituents and his country, his honesty, integrity, ethics, and reputation for truthfulness and veracity."

It also claims that The Post has an "institutional bias against Plaintiff and President Trump" and acts as an alter ego "for others, including [Rep. Adam] Schiff [D-Calif.]"

Nunes told Trump about the briefing, which said the Russian government wanted to see the president re-elected, according to the original Post story, which was written by Harris, Ellen Nakashima, Josh Dawsey and Anne Gearan. Trump reportedly responded by berating Maguire for what he perceived as an act of disloyalty from him and his staffers, ultimately denying him the permanent position as his intelligence chief.

"Combined with the lawsuit filed last week by President Trump against The New York Times, this appears to be a public relations campaign more than it is a lawsuit," former U.S. attorney Barbara McQuade told Salon by email. "The hyperbolic language used in this complaint typically does not go over well with judges and seems designed instead to inflame the public."

McQuade added that the burden would rest on Nunes to prove that The Post and Harris "acted with actual malice, that is, that they knew that the reporting was false or acted in reckless disregard of the truth." She concluded that "even if Nunes does not prevail in his lawsuit, he can use it as a talking point and as a tool to chill the free press."

Nunes has a history of filing lawsuits against media outlets that publish unflattering articles about him. He filed a lawsuit against the McClatchy Company over an article published in May 2018 by the Fresno Bee. The report described an unrelated lawsuit against a winery partially owned by the congressman. He sued Hearst Magazines and reporter Ryan Lizza in September over an Esquire article about the history of his dairy farm in Iowa. Nunes also sued CNN in December for $435.35 million over a report that he met with Ukrainian former prosecutor general Viktor Shokin to dig up dirt on former Vice President Joe Biden, which the congressman denies.