Will the dispute over Israel damage Bernie Sanders? No — he's got bigger problems 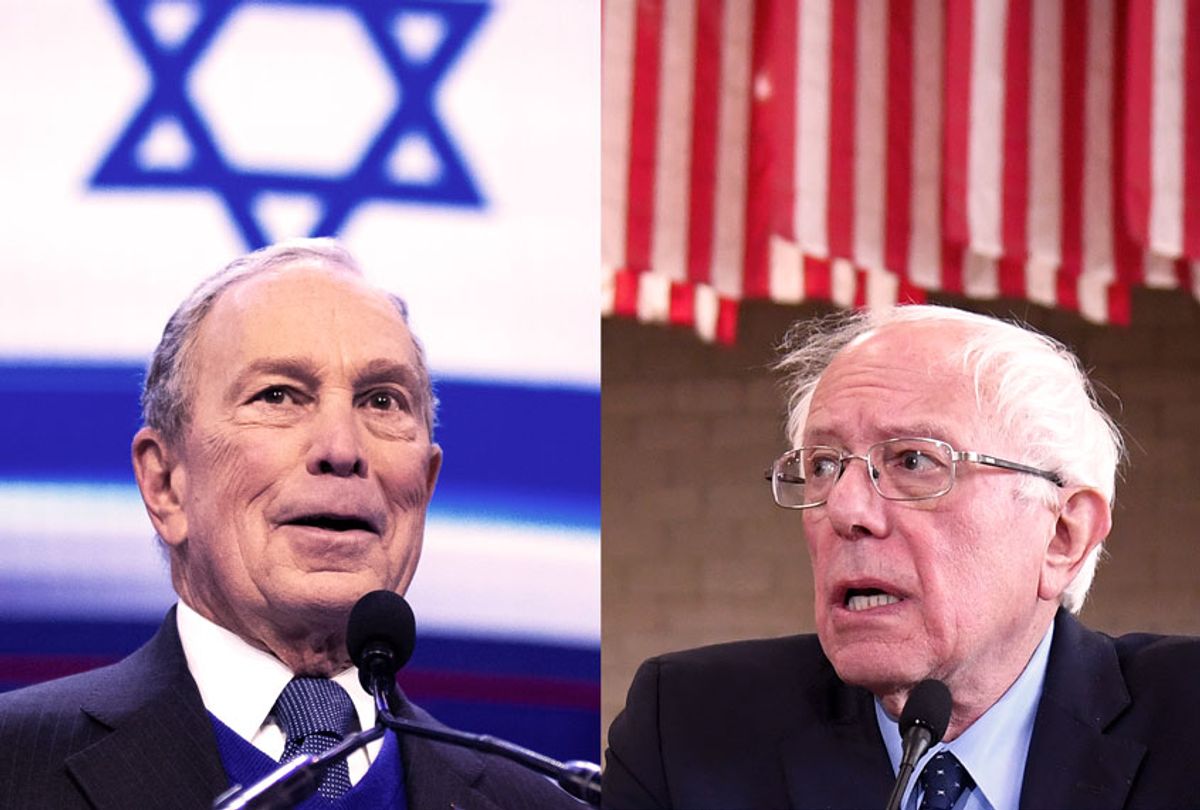 Mike Bloomberg was still a presidential candidate last Monday when he accused Sen. Bernie Sanders of attempting to "weaken the U.S.-Israel relationship" while speaking to the annual conference hosted by AIPAC, the pro-Israel lobbying group — a conference Sanders pointedly refused to attend.

Bloomberg's remarks highlighted a visible divide within the American Jewish community over the relationship with Israel and how much criticism of the Jewish state is permissible, if any. That division has been bubbling up below the surface of the 2020 presidential campaign as Sanders — the first serious Jewish presidential contender — has come under increasing criticism for his views on the Israeli-Palestinian conflict.

Sanders had previously announced his intention not to attend the AIPAC conference in a tweet that expressed support for Israel but concern "about the platform AIPAC provides for leaders who express bigotry and oppose basic Palestinian rights. ... As president, I will support the rights of both Israelis and Palestinians and do everything possible to bring peace and security to the region.

In Bloomberg's AIPAC speech, he accused Sanders of calling the conference "racist," which was not exactly what Sanders had said. "This is a gathering of 20,000 Israel supporters of every religious denomination, ethnicity, faith, color, sexual identity, and political party," Bloomberg said during his speech. "Calling it a racist platform is an attempt to discredit those voices, intimidate people from coming here, and weaken the U.S.-Israel relationship."

For its part, AIPAC issued a statement describing Sanders' explanation for not attending the conference as "outrageous." The organization may have a point, at least insofar as the Vermont senator has never attended an AIPAC conference. "By engaging in such an odious attack on the mainstream, bipartisan American political event, Senator Sanders is insulting his very own colleagues and the millions of Americans who stand with Israel," AIPAC said in its statement, adding that his refusal to attend was "truly shameful."

Whatever AIPAC officials may claim, it seems unlikely that Sanders' criticism of Israel will damage his standing among Jewish voters. (After Joe Biden's big sweep on Super Tuesday, he has more significant electoral problems.) Jewish Americans have supported the Democratic presidential candidate in every election since 1924.

A survey by the Jewish Electorate Institute last month found that Jewish voters rank Israel dead last among nine listed issues that they could consider as "one of the most important" or "very important" to them. The issue that mattered most to Jewish voters was health care (90%), followed by Medicare/Social Security (88%), economy/jobs (87%), addressing anti-Semitism (86%), gun safety (85%), foreign policy (80%), reproductive rights (75%) and climate change (74%). Only 68% of Jewish voters considered Israel to be a priority issue.

The survey, taken at a time when several Democrats were still in the presidential race,  also found that Jewish voters would overwhelmingly support any potential Democratic nominee against President Trump, whose support among Jewish voters ranged from 28 to 32 percent, depending on his opponent. Current frontrunner Joe Biden was tied with Bloomberg at 67% of the Jewish vote versus Trump, although another former candidate, Pete Buttigieg, did even better with 69%. Sanders trailed the field — but not by much, pulling in 65% of the Jewish vote against Trump.

Sanders already became the first Jewish candidate to win a primary election and win convention delegates during his 2016 campaign. To this point, he's still the only one. He would make history as America's first Jewish president, and also the first major-party Jewish presidential nominee. Two previous nominees — Sen. Barry Goldwater, the Republican nominee in 1964 and Sen. John Kerry, the Democratic nominee in 2004 — had Jewish ancestry, but neither was raised as Jewish nor identified as such. Earlier Jewish candidates have included Pennsylvania Gov. Milton Shapp in 1976, Democrat in 1976; Irvine, California, mayor Larry Agran in 1992; Sen. Arlen Specter in 1996, Sen. Joe Lieberman and (if you're only counting ancestry) Gen. Wesley Clark in 2004. All except Specter ran as Democrats.

The initial field in the 2020 Democratic election smashed all precedent by including five candidates who were either of Jewish descent or identified as Jewish. In addition to Sanders and Bloomberg, the candidates included Sen. Michael Bennet, who had a Jewish mother; billionaire Tom Steyer, who is Episcopalian but of Jewish descent through his father; and self-help author Marianne Williamson, who identifies as Jewish.