Trailing in the delegate count, the senator insists that his progressive movement has won "the ideological debate" 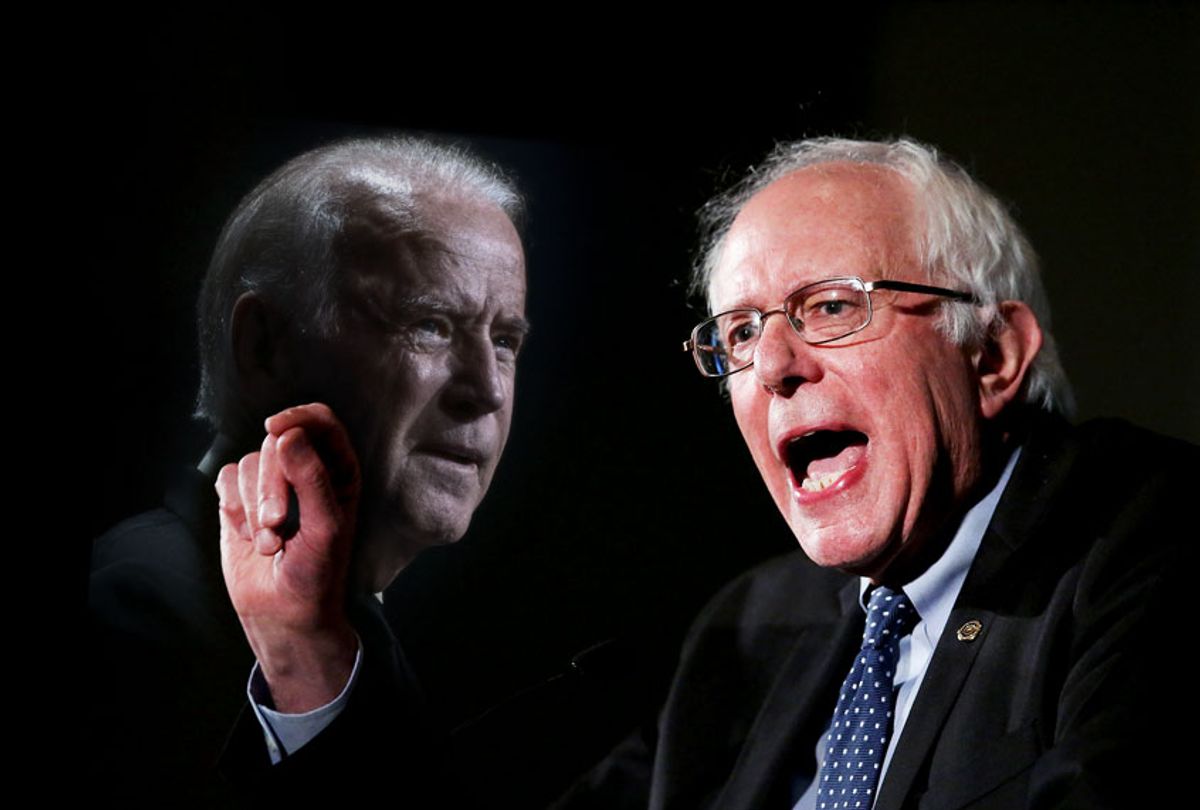 Sen. Bernie Sanders, I-Vt., vowed to challenge former Vice President Joe Biden on key issues at the upcoming Democratic primary debate as he rejected calls to drop out of the race following a disappointing finish on mini-Super Tuesday.

Sanders told supporters in his home state that he planned to stay in the race and was eager to spar with the front-runner at Sunday's debate in Phoenix.

"Last night was obviously not a good night for our campaign from a delegate point of view," Sanders said. "What became even more apparent yesterday is that while we are currently losing the delegate count . . . we are strongly winning in two enormously important areas, which will determine the future of our country. Poll after poll shows that a strong majority of the American people support our progressive agenda."

Numerous exit polls from Tuesday's races found that a majority of primary voters backed policies like Medicare for All, even in states which backed Biden.

"The American people are deeply concerned about the grotesque level of income inequality in this country and want corporations to start paying their fair share of taxes. Overwhelming support for that," Sanders added. "Even in conservative states like Mississippi, there is an overwhelming understanding that we spend twice as much on health care as any other country. This crisis is becoming more and more obvious to the American people as we face the challenge of the coronavirus pandemic. Imagine facing a pandemic and having 87 million who are having a difficult time going to a doctor when they need it."

"But it is not just the ideological debate that our progressive movement is winning," he continued. "We are winning the generational debate. While Joe Biden continues to do very well with older Americans, especially those above 65, our campaign continues to win the majority of the votes of younger people . . . Not just people in their 20s. People in their 30s and their 40s."

Sanders said that while he is winning the ideological debate, he is losing the "electability debate" as voters who say they agree with him on the issues argue that Biden has a better chance to beat President Donald Trump.

"Needless to say, I strongly disagree with that assertion. But that is what millions of Democrats and independents believe," he said. "On Sunday, I very much look forward to the debate in Arizona with my friend, Joe Biden," he added, vowing to challenge Biden on issues such as climate change, college tuition, criminal justice, health care, immigration and income inequality.

"Today, I say to the Democratic establishment: In order to win in the future, you need to win the voters who represent the future of our country and speak to the issues of concern to them," he said.

"Let me conclude the way I began: Donald Trump must be defeated, and I will do everything in my power to make that happen," he added. "Sunday night, the American people will have the opportunity to see which candidate is best positioned to accomplish that goal."

Sanders' comments came after Biden pitched a message of unity Tuesday to his supporters.

"I want to thank Bernie Sanders and his supporters for their tireless energy and their passion. We share a common goal," he said. "And together, we'll defeat Donald Trump. We'll defeat him together."

Biden extended his delegate lead Tuesday following a dominant performance that saw him win 10 of 14 states last week. Sanders lost Michigan and Missouri by wide margins despite effectively tying Hillary Clinton in those states in 2016. Biden has been buoyed by overwhelming support from older and black voters, while Sanders' young supporters have not turned out at the rate necessary to mitigate Biden's advantage among more reliable voting blocs.

Some of Biden's supporters called on Sanders to quit the race Tuesday.

Democratic strategist James Carville argued that Democrats "can't diss" the majority of voters who backed Biden and "want to shut this thing down."

"Let's shut this puppy down, and let's move on and worry about November," he said on MSNBC. "This thing is decided. There's no reason to keep it going not even a day longer."

Rep. Jim Clyburn, D-S.C., went a step further and argued that the Democratic National Committee should "step in" to cancel future debates.

"I think when the night is over, Joe Biden will be the prohibitive favorite to win the Democratic nomination . . . If the night ends the way it has begun," it is time to "shut this primary down," Clyburn told NPR.

Sunday's debate will be held without a live audience due to precautions amid the spread of the coronavirus. Both candidates have also canceled rallies in upcoming primary states as the threat posed by the virus threatens to upend the race entirely, possibly making it more difficult for Sanders to gain ground.

Rep. Ro Khanna, D-Wash., the co-chair of Sanders' campaign, told CNN that Sanders "earned his right to make his case at the debate."

"There's no doubt that the polling and momentum right now is with Vice President Biden, and Sen. Sanders acknowledges that. But he does believe that debates in the past have changed, dramatically, the race," he said. "There are a lot of things he is passionate about in his vision for America, and he feels he owes it to the millions of working-class people who have supported him to continue to raise those issues and share his vision."