Headlines predicted Palin's performance, conducted in a furry costume, could be an imminent sign of the apocalypse 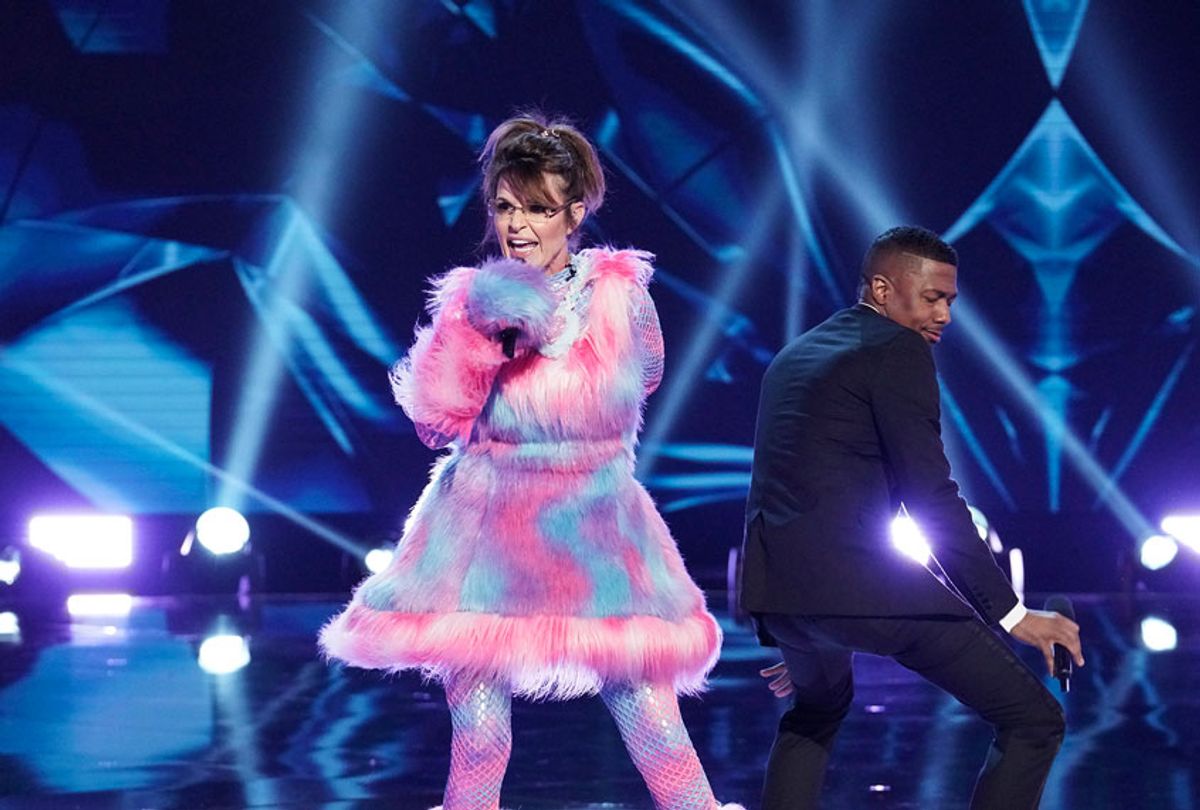 Headlines predicted that the end of times are nigh after Sarah Palin, the former Republican vice presidential candidate, broke minds by rapping Sir Mix-a-Lot's 1992 hip-hop classic "Baby Got Back" while dressed in a furry costume on national TV.

Wednesday night's performance on "The Masked Singer" transpired at the same time as President Donald Trump bungled a national address on the COVID-19 pandemic. In addition to struggling to read the teleprompter in front of him, including reading the words "coronavirus" and "counting," the president was caught cursing on a hot mic. He was forced to immediately correct a significant error in his speech.

Palin performed her song of choice in a pink bear costume, correctly reciting the lyrics even as she lacked the flow and rhythm her competitors brought to their musical renditions. After she pulled off the head of her costume to reveal her identity, host Nick Cannon and panelists Robin Thicke, Jenny McCarthy, Ken Jeong and Nicole Scherzinger were overcome with shock.

Media outlets took note of the fact that Palin's performance aired on the same night that Trump banned all U.S. travel to Europe during an address to the nation. Several joked that the coincidental timing could be a sign of an impending apocalypse.

"Sarah Palin Performing 'Baby Got Back' on 'The Masked Singer' is a Sure Sign of the End Times," read the headline of an article by Towleroad.

"I Did Not Expect Doomsday To Be This Tacky," a headline from Esquire said.

Palin has become a sort of pop culture fixture since 2008, when then-Sen. John McCain of Arizona plucked the then-Alaska governor from obscurity by choosing her as his vice presidential running mate. She hosted a TLC reality show called "Sarah Palin's Alaska" from 2010 to 2011 and the Sportsman Channel reality TV show "Amazing America with Sarah Palin" in 2014. Palin has also appeared on TV shows like "Real American Stories" in 2010, "Dancing With the Stars" in 2010, "E! True Hollywood Story" in 2011, "Bristol Palin: Life's a Tripp" in 2012, "Match Game" in 2016 and "TV Moms" in 2018, as well as documentaries like "The Undefeated" in 2011, which was based on her 2009 memoir "Going Rogue." She launched an online news network called the Sarah Palin Channel in 2014, which shuttered a year later.

Palin was famously portrayed by comedian Tina Fey on "Saturday Night Live" and has been subsequently impersonated by comedian Nicole Parker (on "MadTV"), talk show host Kelly Ripa (on "Live with Regis and Kelly") and Stephanie Paul (in the 2012 movie "Iron Sky").