Tom Hanks and Rita Wilson have been diagnosed with the coronavirus

"We Hanks' will be tested, observed and isolated for as long as public health and safety requires" 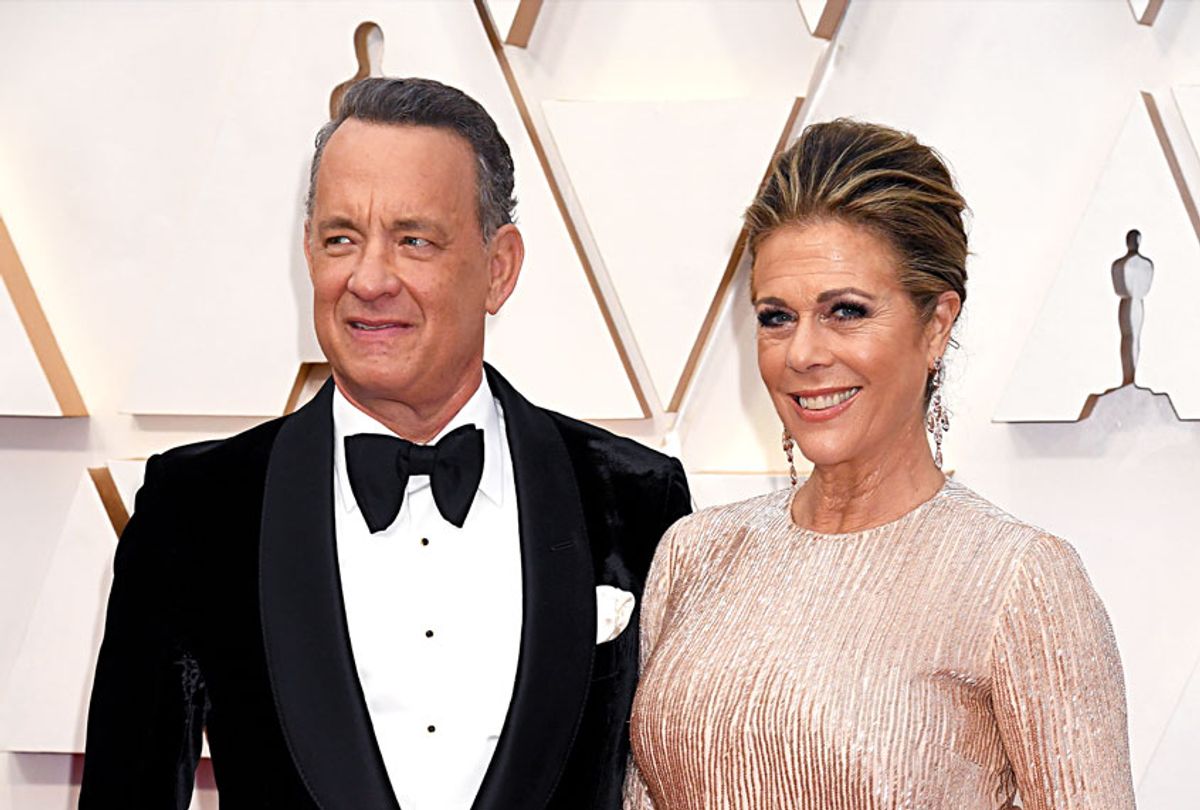 Actor Tom Hanks — the Academy Award winning star of "Philadelphia" and "Forrest Gump" — revealed Wednesday night that he and wife Rita Wilson had been diagnosed with COVID-19, the disease spread by the novel coronavirus.

"We felt a bit tired, like we had colds, and some body aches. Rita had some chills that came and went. Slight fevers too," Hanks wrote in an Instagram post that included a photograph of a medical glove and a hazardous waste container. "To play things right, as is needed in the world right now, we were tested for the Coronavirus, and were found to be positive."

Hanks added that he and his wife, who are currently in Australia, would follow the protocols set by medical officials.

"We Hanks' will be tested, observed, and isolated for as long as public health and safety requires. Not much more to it than a one-day-at-a-time approach, no?" Hanks added, concluding that he would keep the world posted on his recovery.

Hanks was in Australia for work on a film about singer Elvis Presley. Two of his children, Colin and Chet, took to social media to offer reassurances and gratitude to fans of their parents.

"I just got off the phone with them," Chet Hanks said in an Instagram video. "They both are fine. They're not even that sick. They're not worried about it. They're not tripping, but they're going through the necessary health precautions, obviously."

Colin Hanks released a statement on Twitter saying that "we are so grateful for the outpouring of support from everyone. My parents are receiving excellent care in Australia and doing well (and in good spirits) given the circumstances. Despite the fact I'm in L.A. and haven't seen them in over three weeks, we have been in constant contact and am confident that they will make a full recovery."

The couple were not the first celebrities to be diagnosed with COVID-19. Utah Jazz star center Rudy Gobert also tested positive for the virus. The NBA has now postponed the remainder of its current season after initially closing games to fans. At least 1,267 cases of the coronavirus have been reported in the U.S. since Wednesday night. Every country in the E.U. has confirmed cases.