Joe Biden vows to pick a woman as his running mate: "My administration will look like the country"

"There are a number of women who are qualified to be president tomorrow," Biden says at the Democratic debate 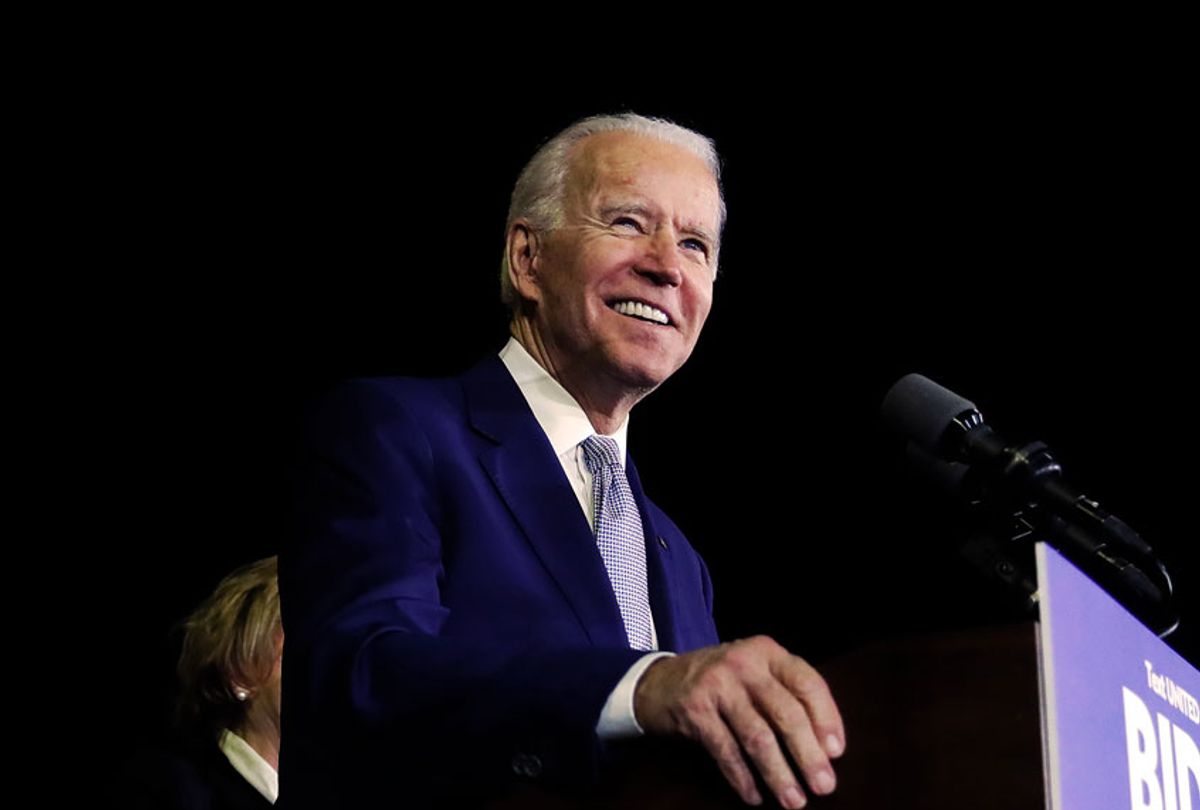 Former Vice President Joe Biden, the frontrunner for the 2020 Democratic presidential nomination, vowed to choose a woman as his running mate during Sunday night's debate.

"My administration will look like the country, and I commit that I will, in fact, pick a woman to be vice president," Biden said when asked about a running mate. "There are a number of women who are qualified to be president tomorrow. I will pick a woman as my vice president."

Biden later reiterated that pledge on his Twitter account, writing: "My running mate will be a woman."

His rival for the nomination, Sen. Bernie Sanders of Vermont, stopped short of likewise committing to picking a woman.

"For me, it's not just nominating a woman. It's making sure we have a progressive woman," Sanders said. "And there are progressive women out there, so my very strong tendency is to move in that direction."

While it is unclear who Biden would choose as his running mate, a number of women are widely considered to be frontrunners for the position. There are the four women who formerly ran against Biden for the Democratic nomination this year: Sens. Kirsten Gillibrand of New York, Kamala Harris of California, Amy Klobuchar of Minnesota and Elizabeth Warren of Massachusetts. Biden could also consider former Georgia gubernatorial candidate Stacey Abrams, who he mentioned as a possible vice president in November. Biden met with Abrams in March.

Other names floated in the media include former Assistant Attorney General Sally Yates, as well as the two woman senators from New Hampshire: Maggie Hassan and Jeanne Shaheen. Biden could also consider Govs. Michelle Lujan of New Mexico, Gina Raimondo of Rhode Island and Gretchen Whitmer of Michigan; and Sens. Tammy Baldwin of Wisconsin and Catherine Cortez Masto of Nevada; and Rep. Val Demings of Florida, who was an impeachment manager.

Only two women have ever been chosen as vice presidential running mates on a major party ticket. The first, Rep. Geraldine Ferraro of New York, was selected by former Vice President Walter Mondale after he won the Democratic presidential nomination in 1984. The second, Gov. Sarah Palin of Alaska, was selected by Sen. John McCain of Arizona after he won the Republican presidential nomination in 2008. The only woman ever nominated by a major party for the presidency is former Secretary of State Hillary Clinton, who was the Democratic candidate in 2016. No woman has ever been elected president or vice president.