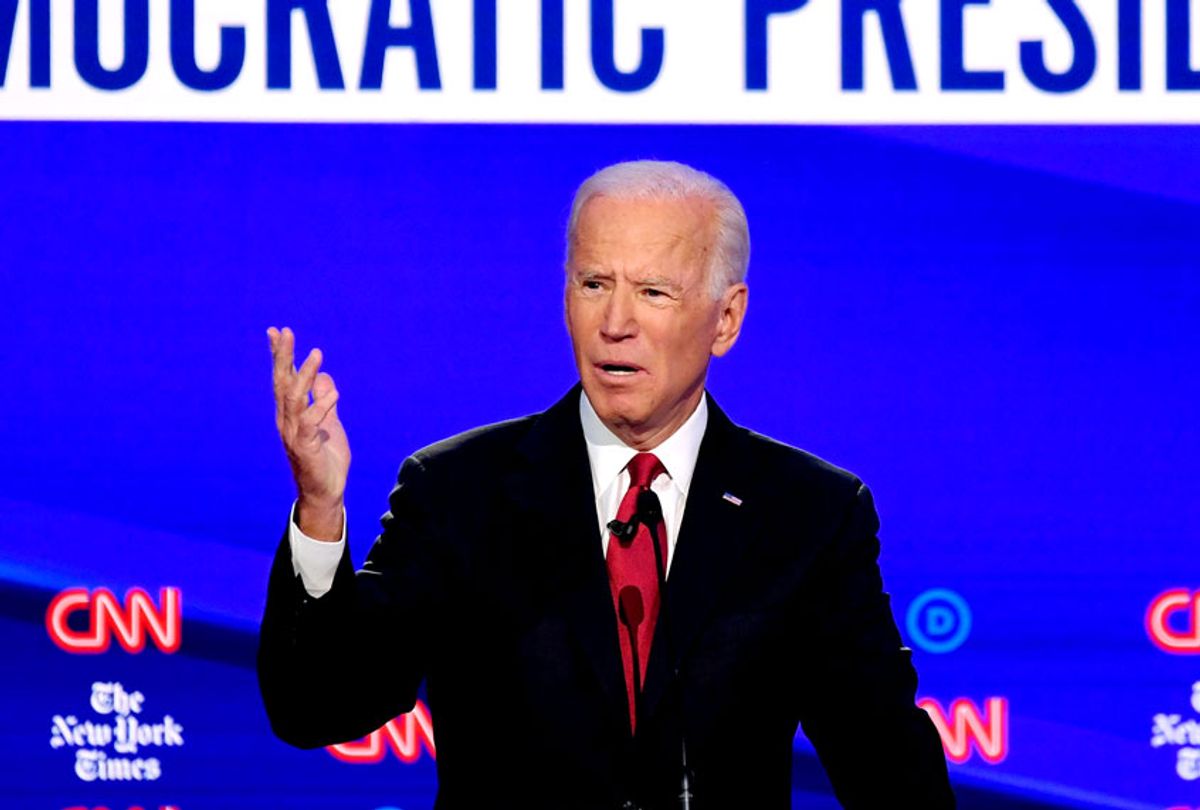 Former Vice President Joe Biden, one of the frontrunners for the Democratic presidential nomination in 2020, hinted to a questioner at an Iowa town hall that he is considering four women to be his vice presidential running mates — former Georgia gubernatorial candidate Stacey Abrams, former Assistant Attorney General Sally Yates, and a pair of New Hampshire Democrats, Sens. Jeanne Shaheen and Maggie Hassan.

The question was posed to him at a town hall in Winterset, Iowa, where Biden was asked who he would choose as his running mate if he was nominated for the presidency, according to the Des Moines Register. The former vice president initially responded by joking with the questioner, "You. Are you available?"

Then he took a more serious tack by reviewing four possibilities. He did not mention them by name, explaining that "I could start naming people but the press will think that’s who I picked," but gave enough details to make it clear who he was referring to: He mentioned "the former assistant attorney general who got fired," a reference to Sally Yates; "the woman who should have been the governor of Georgia," a nod to Stacey Abrams; and "the two senators from the state of New Hampshire," referring to Sens. Maggie Hassan and Jeanne Shaheen, both Democrats.

Abrams has been previously discussed as a possible running mate for Biden, and she told an audience at the University of Iowa earlier this month that she would be "happy" to consider running with whoever the Democrats nominate, according to The Daily Iowan. Addressing rumors that Biden had made her an "offer she couldn't refuse" involving the vice presidency, Abrams said that "when I got the question (from reporters) I was, myself, contemplating my next steps. And what I said was, you do not run in a primary for second place, so no, for whatever rumors are out there. However, I’m not in the primary, but you can run as second in the general election, and I am happy to do so with the nominee. That is my answer."

Biden met with Abrams in March and, although the exact contents of their meeting have remained secret, Axios reported that "close advisers to former Vice President Joe Biden are debating the idea of packaging his presidential campaign announcement with a pledge to choose Stacey Abrams as his vice president." Abrams has been considered a rising star in the Democratic party since the 2018 midterm elections, when she ran for governor of Georgia and came very close to winning despite alleged efforts by Republicans to steal the election for GOP candidate Brian Kemp.

Yates, meanwhile, became famous shortly after Trump took office when she was supposedly fired for instructing the Justice Department to not make legal arguments defending the president's travel ban against a group of predominantly Muslim countries. She later testified that she told White House counsel Don McGahn that former National Security Adviser Michael Flynn had lied when he said that he had not discussed President Barack Obama's sanctions against Russia with that nation's ambassador, Sergei Kislyak. She also reportedly said that Flynn could be fired, although she stopped short of recommending his termination. Flynn was eventually fired 18 days after the meeting between Yates and McGahn.

Shaheen and Hassan are both incumbent senators. Shaheen was first elected in 2008 while Hassan was elected in 2016.