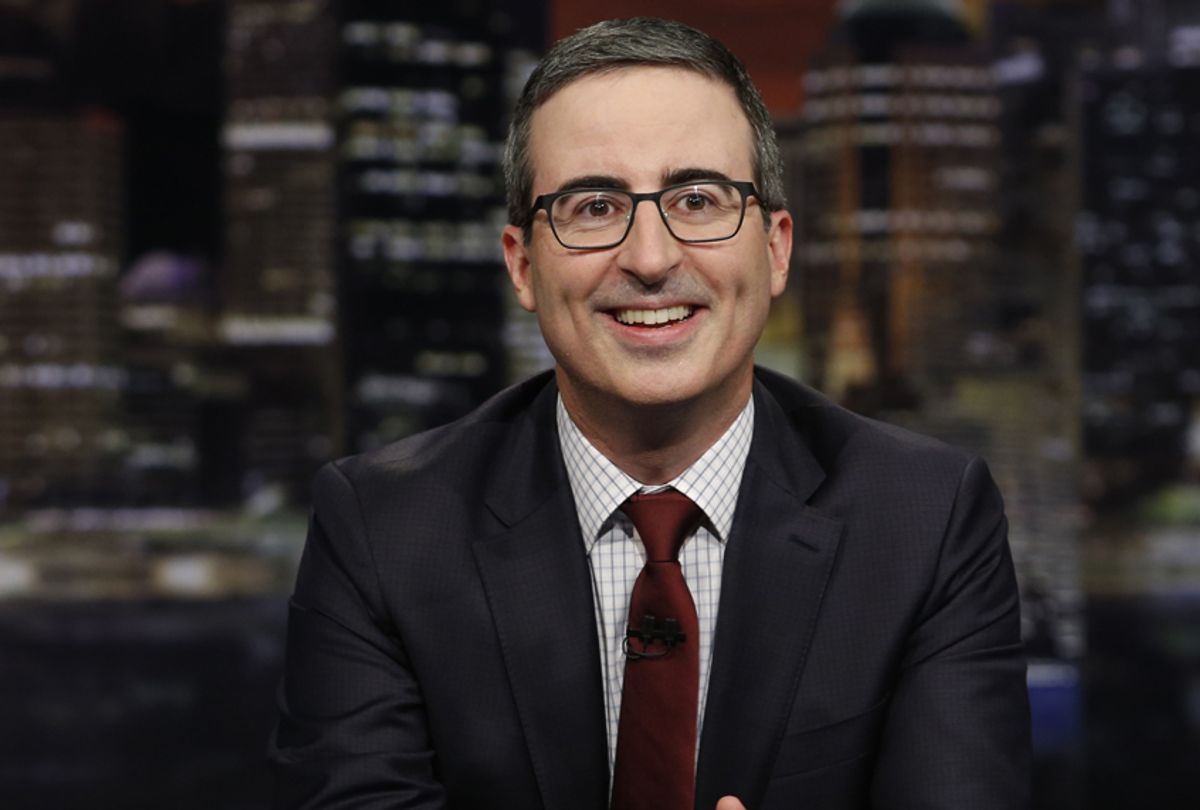 HBO host John Oliver was forced out of his home studio because there is a risk of coronavirus, whether there's an audience or not. So, he was shooting Sunday's show from an undisclosed all-white studio that looked like where comedy shows go when they die.

Oliver began his short show by reviewing the tipping point the country experienced when many public events started getting canceled.

The "Last Week Tonight" host then reached the point at which President Donald Trump addressed the nationWednesday where he completely screwed up the speech and was caught on camera after the speech being completely dismissive of the seriousness of the situation.

But the worst moment came in his Rose Garden ceremony where he declared the coronavirus a national emergency. Oliver explained it was a "good thing" for Trump today, but he completely botched the press event.

"There was a lot to be concerned about," Oliver said. "If you watch the whole event there was a lot there that was pretty concerning," said Oliver. "Trump also, inexplicably, felt the need to bring up a series of CEOs promising to help increase the testing capability, and who, for the record, absolutely did not need to be there. Especially because, Trump defied every public health protocol by shaking their hands, patting their backs, and touching the microphone at least 31 times. Despite the fact that he'd been exposed to people with the virus last weekend at Mar-a-Lago, where a growing number of guests have since tested positive."

But the worst moment came when Trump was asked about the lag in testing and said, "I don't take responsibility at all," before having a tense exchange with a PBS reporter.

"Perfect. 'I didn't do it. I don't know anything about it. Maybe someone in the administration did it. Maybe Tony did it. These things happen. I don't know,' again. 'We're doing a great job,'" Oliver quoted Trump's worst excuses as to why he fired the person at the national security council who was in charge of pandemics.

But the main moment came when Oliver showed a TikTok video of a hamster giving instructions for what to do with the coronavirus. Oliver explained that the hamster had far better advice than anything Trump has said to the country this entire week.