Make these three heart-healthy meals to freeze and enjoy later

If you're smart about prepping these meals, you won't be left without fruits and vegetables when you need them most 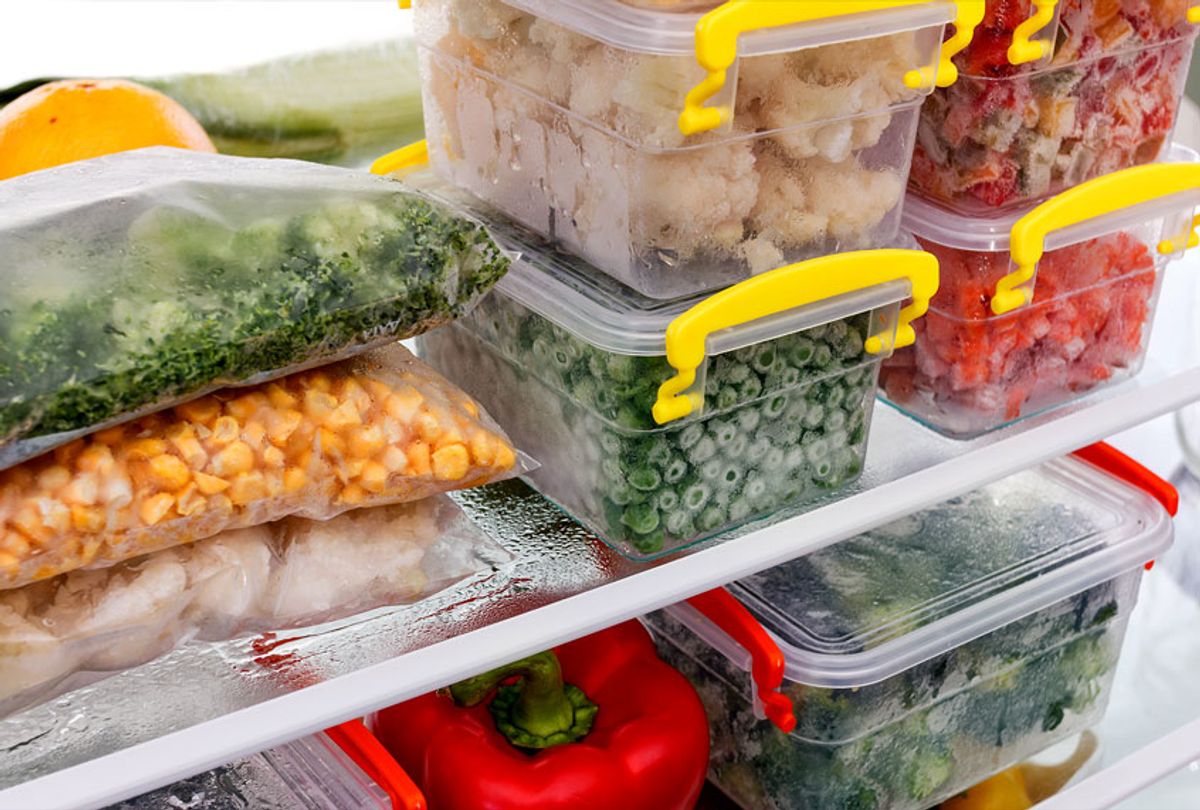 A lot of what I've eaten over the past week or so fits solidly into the comfort food category — gnocchi smothered in rich mushroom ragout, velvety potato soup, and just-baked-enough chocolate chip cookies. The world outside is uncertain, but these recipes provide a kind of reliable solace.

That said, there's a particular kind of comfort to be found in feeding yourself with healthier, less fat-laden options and preparing to do so. Here is a collection of vegetarian and vegan recipes that can be easily frozen and thawed to serve at a later time. You'll thank yourself for doing so.

Smoothie kits are an endlessly adaptable way to get in your servings of fruits and vegetables without much effort. For each of these kits, you're going to want 1 banana, at least ⅔ cup of frozen frozen fruit, ½ cup of greens and ¼ cup of healthy fat. Freeze these items in gallon-sized plastic bags (they lay flat, making for easier storage in a small freezer) and, when you're ready to make them, simply dump the contents into a blender and add ½ cup of dairy-free milk before blending. Here are some suggested combinations:

If you like, you can top the smoothies with shelf-stable items like shredded coconut, flax seeds, chia seeds or mixed nuts.

The key to this lentil stew is the addition of one special spice: smoked paprika. It adds a really rich, subtle heat to the vegetables, and its flavor is maintained while frozen. This recipe makes about six servings, which you can freeze, once cooled, individually in Tupperware or in freezer-safe bags.

In a large pot, heat 3 tablespoons of olive oil over medium heat, followed by 1 large chopped onion, 4 minced garlic cloves and 2 roughly chopped leeks. Continue cooking until the garlic is slightly brown and the onion and leeks begin to soften, about four minutes. At this point, you're going to add the rest of your vegetables, all of which have been roughly chopped: 1 bunch of kale, 2 large sweet potatoes, 2 large carrots, and 1 15-ounce can of stewed tomatoes. Stir to combine, then add 4 cups of vegetable broth and 1 cup of water. Bring this mixture to a boil, then reduce heat and add 2 cups of brown lentils.

To reheat, the stew can be placed back into a large pot and simply brought to temperature. It's good to go as is, but you can also serve it over steamed brown rice and topped with a fried egg for a heartier meal.

These black bean burgers are flavorful enough that, once reheated, you won't even know they were frozen. The topping options are pretty endless, but the one essential is buns. Bread products freeze exceptionally well, so pick up a pack next time you hit the store to put back in cold storage. This recipe yields six burger patties.

Add an additional cup of black beans, 2 eggs and 1 ½ cups of bread crumbs. Stir the mixture until completely combined, then divide the result into six uniform burgers. Place these on a sheet pan lined with parchment paper, which you will place into a 350 degree oven.

These burgers are great served simply on a bun with mustard, but if you want to dress them up, lettuce, avocado, and pepperjack cheese are all great options.