There are no dolphins in Venice: But the vision of a better world may sustain us 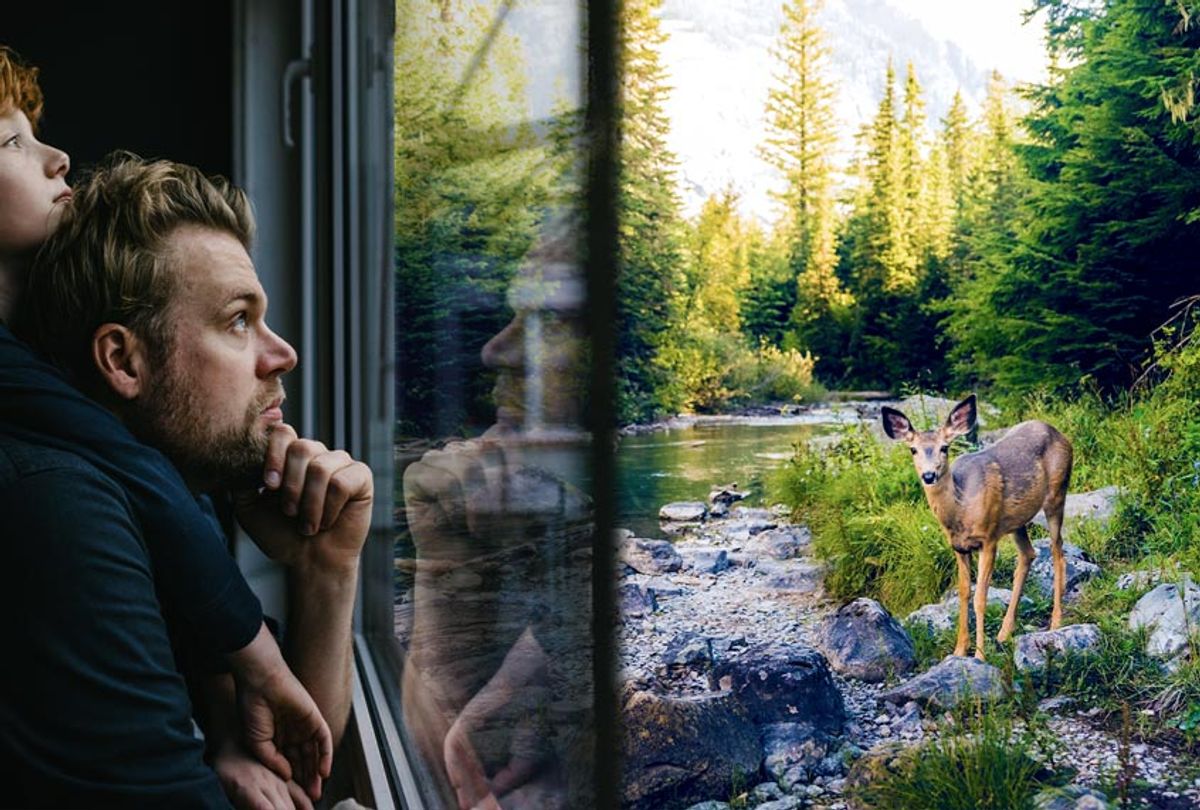 Person looking out at nature from their window (Getty Images/Salon)
--

There are no dolphins in the canals of Venice — or at least if there are, we have seen no evidence of them on the internet. And swans apparently aren't especially uncommon on the photogenic waterways of that historic city, although they may be more noticeable and more widespread, now that so little commercial boat traffic is moving around. It is apparently true that the canal water is unusually clean, thanks to the near-total shutdown of Italian society, and Venetians report seeing fish, crabs and waterfowl in remarkable numbers — almost certainly because they were already there but too easily ignored.

So one of the most widely repeated silver-lining stories of the global coronavirus pandemic turns out to be — not fake exactly, but partly mythical, the result of a single tweet, drawn from fragments of disconnected evidence, that went around the world at lightning speed and launched dozens of thinly-sourced articles. Myths contain their own kind of knowledge, as any folklorist or anthropologist will tell you, and the realm of knowledge always consists partly of myths.

The imaginary dolphins of Venice became, for a moment, a way of projecting ourselves forward into a world beyond the coronavirus crisis — a world where we have learned something, and been changed. We would all like to imagine ourselves as the survivors at the end of the disaster movie, venturing outside for the first time in months to discover trees growing through the abandoned streets, the birds and bees making their music, dolphins frolicking in the canals, the lion lying down with the lamb. It was a way of imagining that we could have the Green New Deal at one stroke, just by shutting down the fossil-fuel economy (and by no means all of it) for less than a week. To put it another way, it was a microscopic social-media vision of paradise, theology for a secular world that has almost entirely given up on such things (whatever adherents of various religions may claim to believe).

I'm sorry that the dolphins of Venice don't exist — although, again, as with elves and dragons, no one can say that for certain — but the fact that we wanted them so badly is the important part. That mini-paradisiacal vision, and the hope it represents, are real after their own fashion. Hope is badly needed, people. We have a long way to go with this epidemic everywhere in the Western world and especially in the United States, where coordinated and coherent national leadership, to put it gently, has been a massive fucking joke and we appear poised above a howling abyss, with Death grinning at the bottom.

The first few days of near-total lockdown in most metropolitan areas have already felt far too long and also like not nearly enough. Where I live, in a largely working-class neighborhood of the East Bronx, a few miles northeast of Manhattan, far too many people are still on the streets. The anodyne jingle of the Mr. Softee ice cream truck kept on playing all day on Saturday, drawing nearer and further away again, right up to the deadline when all nonessential businesses were forced to close. (Overpriced soft-serve in alarming flavors may have Proustian associations for many New Yorkers, but it's not compatible with life under quarantine.) Meanwhile the COVID-19 caseload keeps on rising: As of Sunday morning, more than 8,000 in New York City and 15,000 statewide. Those numbers will be higher still by the time you read this.

There is unbelievable grief and tragedy still ahead of us, along with an economic dislocation likely greater than the financial crash of 2008, and perhaps closer in scale to the Great Depression. Republicans want to send us all checks, and that's a sentence I never thought myself likely to write. Now, let's be clear: They're only proposing that as a beard for their real plan, which is corporate socialism on a gargantuan, nearly unimaginable scale, with massive bailouts for the airlines, the hotel industry, the shopping malls, the beer and liquor industries and God alone knows what else — even for Boeing, which indulged in major stock buybacks, killed hundreds of people with a faulty aircraft, and now whimpers that it can't stay in business unless you and I pitch in to keep it afloat. As my late Uncle Fred, an old-school Dublin man, would have said, fuck that for a game of darts.

Whatever American society or global economy emerges from this, in the summer or the fall or next year or whenever, under President You Know Who or the marginally less ludicrous President Joe Biden — and how we wound up with that choice is the plot of a screechy, sardonic postmodern opera with no heroes — is not going to look all that much like the one we've been used to. Which, let's be honest, wasn't working too well for those outside the collective delusion of the fat-ass uppermost tenth. So there is no dishonor in imagining a world transformed for the better, a world where we reconnect with the better angels of our nature, or with nature itself.

There are signs of that, just possibly. If the dolphins of Venice are chimerical, the cleaner water is not. The singing in Italian cities (and now German cities) is real too. Air quality in many places has noticeably improved over the past couple of weeks. On Sunday, the New York Times reported that satellite data "shows huge declines in pollution over major metropolitan areas, including Los Angeles, Seattle, New York, Chicago and Atlanta." Neither New York nor Los Angeles, for instance, has had a "poor" air-quality day so far in March, and those cities' best days this month have been close to historic lows in pollution readings. Carbon monoxide emissions in New York have declined by more than 50 percent; L.A.'s famously congested rush-hour traffic has all but disappeared.

We will not make it through this — as a society, as a nation, as a people — without hearing the singing and noticing the crabs and the ducks and the cleaner air, without reaching for some shared sense of connection, and without noticing how this enforced slowdown has changed us. I don't know about you, but I've spent more time on the phone to friends and family in the last week than I did in the previous two years. Of course I'm eager to find out that people are healthy and safe; I know two people personally who strongly suspect they have COVID-19, and they're both OK. But honestly: Those phone calls were more about me stuck in my apartment for God knows how long, an effort to reassure myself of my own humanity and my own sense of meaning, now that the amphetamine pace of the info-consumption economy has been so dramatically slowed.

The French philosopher Jean Baudrillard was pilloried for suggesting that the terrorist attacks of 9/11 on some level represented Western society waging war on itself and acting out its most self-destructive urges: "They did it," he wrote, "but we wished for it." I understand why many people found that offensive or cold-blooded, but on the most profound and most ambiguous level of collective psychology, I believe that was true then and is true now. Of course the coronavirus epidemic is not an intentional act inflicted on us by human agency (whatever Sen. Tom Cotton may claim to think), but it could have been prevented or mitigated, and has been made many times worse by the specific dysfunction of Western consumer society and the disastrous state of American democracy.

We didn't want this to happen; I'm not saying that. But we wanted something to happen. We all understood, consciously or otherwise, that the life we have all been living, the global economy we have created, was not sustainable. Many of us knew it would take a crisis of global proportions before we could consider that seriously, on the level of the human collective. Well, here we are. If the dolphins of Venice are not real, we invented them for a reason. We need them to show us the way.