Analysis: More workers filed for unemployment last week than any other in U.S. history

"This will dwarf every other week in history." 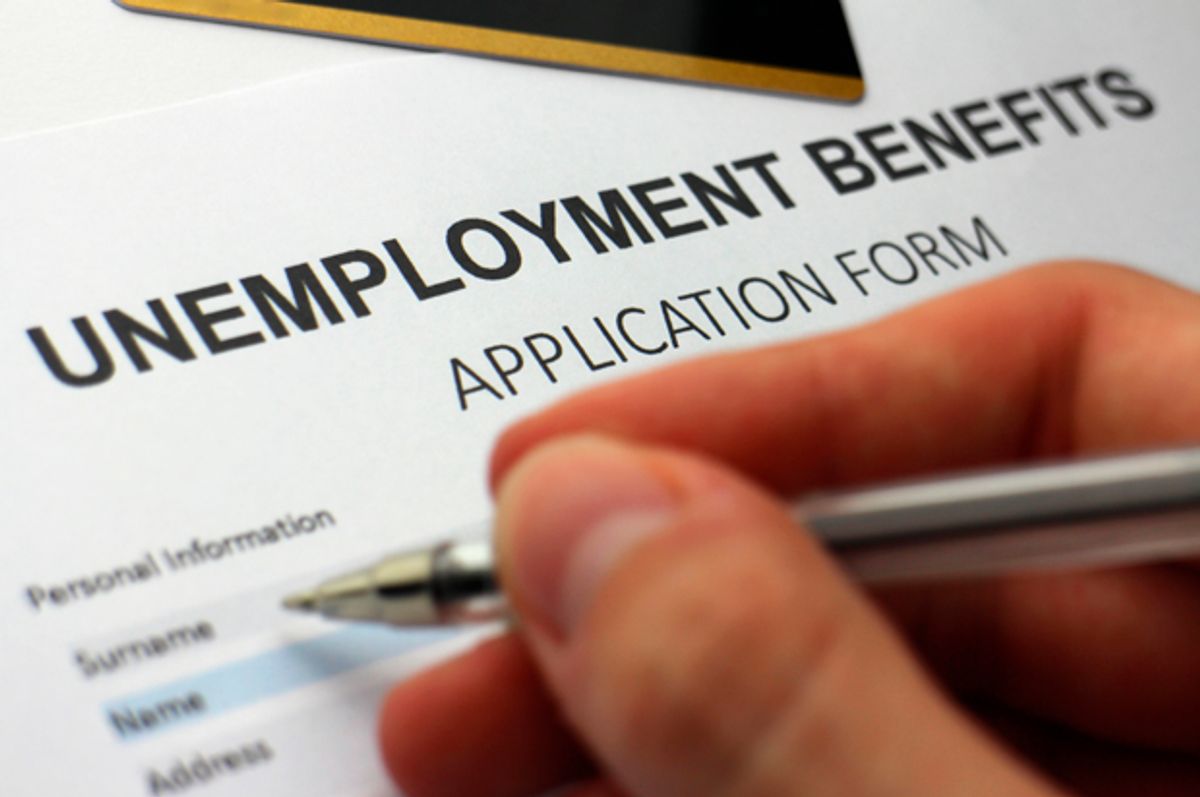 A new analysis released Tuesday shows that more U.S. workers filed unemployment claims last week than during any other week in the nation's history.

An estimated 3.4 million Americans filed such claims for the week ending March 21, according to the findings from the Economic Policy Institute (EPI).

"This will dwarf every other week in history," wrote EPI's Aaron Sojourner and Paul Goldsmith-Pinkham, adding, "The true impacts are undoubtedly of larger scale than described here."

The startling calculation—based on claims in 35 states and Washington, D.C. and extrapolated to the other 15 states—comes as the nation continues to experience a rise in cases of the novel coronavirus—with over 46,000 confirmed as of Tuesday—and as ordinary Americans feel the economic and societal impacts of the crisis, with schools, stores, and work places temporarily shuttered, varying degrees of lockdowns in place, and households and frontline workers still wondering if lawmakers will put their urgent needs above those of corporate America.

A graph accompanying the new EPI analysis, which is based on data from news reports from March 15 to March 21, illustrates the enormous jump in unemployment claims—even if the actual figure ends up being on the analysts' low-end projection of 3 million claims. At no other point in the timeline shown does the figure even scrape 1 million.

Reaction to the findings was stark:

Sojourner and Goldsmith-Pinkham, both research associates at EPI, put the projection into the context of the nation's unemployment rate:

Grim as the scenario painted by the analsis is, reality may be even worse. The researchers wrote that the actual tally of claims "could be substantially higher." Not all unemployed workers are able to file unemployment insurance claims either, and for those that do, they'll get about half—or less—of their regular income. The end of the coronavirus crisis is also not in the immediate future.

All that points to the need for the federal government to provide states with more aid.

"American working families are paying a large price through no fault of their own," wrote Sojourner and Goldsmith-Pinkham. "But there is no shortcutting public health to get the American economy back to work. A healthy economy requires public health."