This 1950-70s summer camp for disabled youth not provided a coming-of-age experience, but effected real change 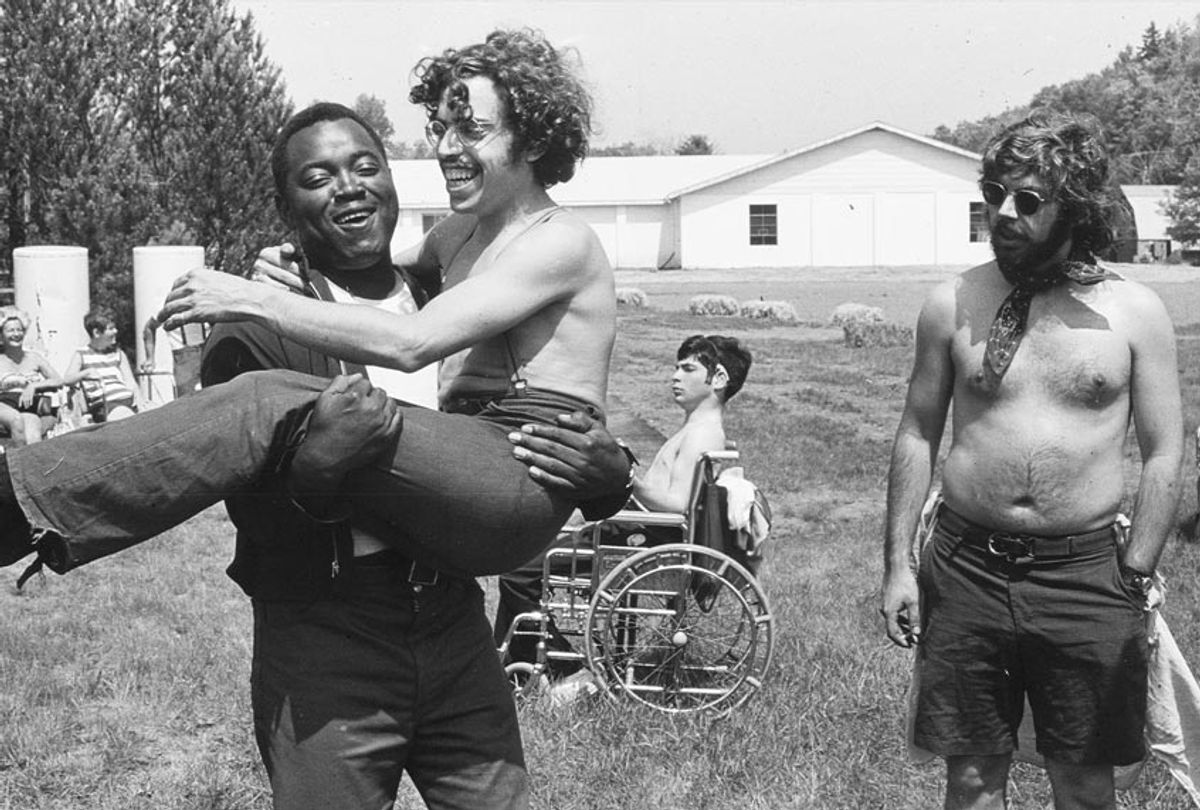 It was a utopia — when we were there, there was no outside world. This is how Denise Sherer Jacobson describes her time at Camp Jened, a hippie-run, upstate New York summer camp for youth with disabilities that operated from the 1950s to the 1970s.

The idea of no outside world was appealing because, as many of the campers describe in the Netflix documentary "Crip Camp: A Disability Revolution," while they felt othered, ignored or below notice out there, at Camp Jened, they were given the opportunity to experience a stereotypical teenage camp experience. You know, the kind filled with swimming, campfires, crushes, lice, and make-out sessions.

But Camp Jened would become more than a place lost to time and hazy nostalgia; the genesis of the landmark American With Disabilities Act could be traced to the sun-soaked, Woodstock-like days spent there.

Directed by former camper James Lebrecht and Nicole Newnham, and executive produced by Michelle and Barack Obama, "Crip Camp" is a heartwarming, and often heartbreaking, look at how the spirit of independence and resilience instilled in the Camp Jened attendees inspired a group of former campers, who were led by longtime disability rights advocate Judith Heumann, to advocate for the passage of  Section 504 of the 1973 Rehabilitation Act.

Section 504, as the documentary explains, was one of the first U.S. federal civil rights laws to offer protection to people with disabilities. It essentially laid out that any institution or business that receives any amount of federal assistance — from airports to schools — would be prohibited from discriminating against people with disabilities, and would be required to take reasonable steps to accommodate their needs.

In one sense, "Crip Camp" is a personal story of how the Camp Jened alumni transformed into outspoken lobbyists and activists, a radical coming-of-age narrative, of sorts.

But it's also a story of how resistant government officials, at both the state and federal levels, were to codifying the regulations. Transit authority presidents questioned how many people with disabilities would actually use public transit, and if the number was worth the costly renovations to the system. Both the Nixon and Ford administrations passed the buck on approving the regulations because of similar concerns about cost.

When the two narratives meet, the drama peaks, as Heumann, fellow Camp Jened alumni and their allies (many of whom were former Jened counselors) organize sit-in protests and marches on Washington. They put the pressure on politicians through hunger strikes and cross-country campaigns, all with a kind of ebullient persistence, until their voices were heard. While there are still obvious inequities when it comes to discrimination against and access for people with disabilities, the passage of 504 in 1973 was a gigantic step forward, and "Crip Camp" rightly frames it as one of the most important movements in American history.

Using a treasure trove of archived footage and colorful contemporary interviews, Lebrecht and Newnham weave together a punchy, straightforward and inspiring documentary that is greater than the sum of its parts. We hear moving stories, like when Lebrecht rode on a motorcycle for the first time — a definingly freeing moment — and stories that are absolutely rage-inducing.

Sherer Jacobson, who has cerebral palsy, relays her experience of going to the emergency room with stabbing pelvic pain, and the doctor on duty immediately moves her into surgery for an emergency appendectomy. The surgeon ends up removing a completely healthy appendix, and only after Jacobson is given a pelvic exam, it's revealed that she has gonorrhea. They ignored those well-known symptoms, which they would not have done with an able-bodied patient, because it didn't fit within their narrative for Jacobson.

"They just couldn't believe someone like me would be sexually active," she says.

In 2020, 30 years after the ultimate passage of the Americans With Disabilities Act, it shouldn't be revolutionary to depict people with disabilities as complex, multifaceted individuals — as bohemian, sexual, political, hungry for more than just acceptance and deserving of complete equality. But "Crip Camp" lays out why it is. And in the end, the documentary leaves all viewers, in a time when it's arguably most needed, with a message that radical care for and generosity towards all people is deserving of a revolution.