University president Jerry Falwell Jr. is a Trump supporter who has downplayed the threat of COVID-19 on Fox News 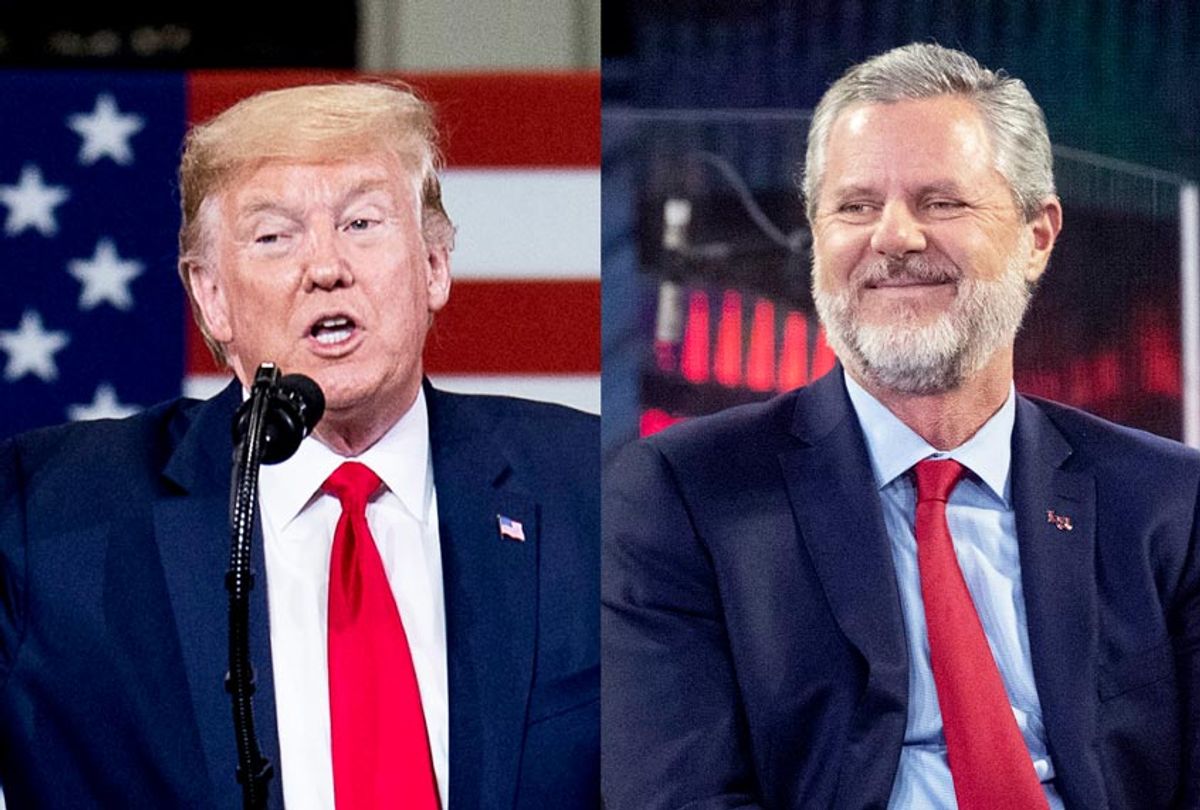 Liberty University, a private Christian evangelical college in Lynchburg, Va., decided to welcome students back to its campus and ordered faculty and staff to report to work despite the ongoing coronavirus pandemic.

"I think we have a responsibility to our students — who paid to be here, who want to be here, who love it here — to give them the ability to be with their friends, to continue their studies, enjoy the room and board they've already paid for and to not interrupt their college life," Liberty University President Jerry Falwell Jr. told The News & Advance on Monday.

He anticipates that somewhere between several hundred and 5,000 students will return to live in campus dorm rooms, where they will continue their studies online. Though the Liberty University website says that it moved most of its classes online to comply with Virginia Gov. Ralph Northam's "emergency ban on public gatherings of 10 or more people," it adds that "osteopathic Medicine students will continue normal residential classes. Classes will not exceed 100 people."

One Liberty University faculty member, English professor Marybeth Davis Baggett, publicly called on the college's Board of Trustees to overrule Falwell, writing that his "decision runs contrary to the three other residential schools in our area that have closed their dorms, allowing only those with nowhere else to go to remain." She also told The News & Advance that "lives are at stake. I think this decision is a recipe for disaster, and I have been trying to push that as much as I have been able to internally."

Lynchburg Mayor Treney Tweedy expressed a similar view on Tuesday, saying in a statement that "I am concerned for the students, faculty and employees at Liberty University, and I am also very concerned for the residents of the Lynchburg community. Liberty University is an important part of this community. However, I believe it was a reckless decision to bring students back on campus at this time. It is unfortunate that President Falwell chose to not keep his word to us and to this community."

Falwell does not share that view, telling The News & Advance that "I think we, in a way, are protecting the students by having them on campus together. Ninety-nine percent of them are not at the age to be at risk, and they don't have conditions that put them at risk."

More than 250 people in Virginia have contracted COVID-19 as of Monday evening, seven of which have died from complications of the disease. Young people are not safe from infection, with half of California's confirmed coronavirus patients are younger than 50.

Falwell, who is an outspoken supporter of President Donald Trump, made unsubstantiated claims about the virus earlier this month, such as telling "Fox & Friends" that "it's just strange to me how so many are overreacting. The H1N1 virus of 2009 killed 17,000 people. It was the flu also, I think. And there was not the same hype. It was — you just didn't see it on the news 24/7. And it makes you wonder if there's a political reason for that. It's, uh — you know, impeachment didn't work, and the Mueller report didn't work and Article 25 didn't work. So maybe now this is their next — their next attempt to get Trump."

Falwell tweeted last week that "my then 20 year old son almost lost his life to the Swine Flu in 2009 because of the poor response of @BarackObama. Thank God @realDonaldTrump is managing this Corona Flu like you would expect from a successful CEO v a career politician!"

He also speculated that the virus could be the result of biological warfare from China or North Korea. There is no evidence to support such a claim.

Salon reached out to Scott Lamb, Liberty University's senior vice president of university communications, for comment Tuesday. Lamb initially referred Salon to the school's previous statements and agreed to answer additional questions not addressed by them. He has not yet responded to additional inquiries from Salon.