How to make a coronavirus vaccine

Dr. William Haseltine, a biologist, explains how one goes about the task of vaccinating for the coronavirus 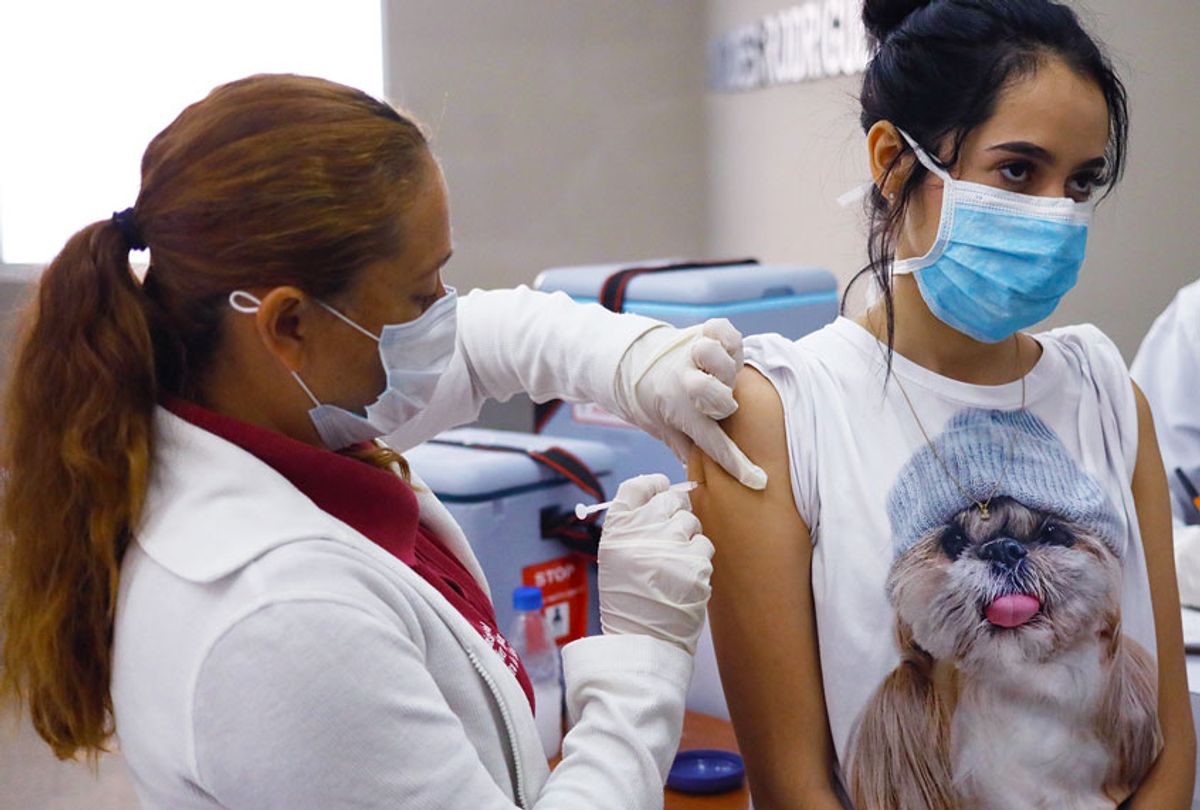 The coronavirus pandemic may seem like something out of a horror movie — an invisible enemy that kills millions of people and shuts down society, reducing vibrant communities to ghost towns — but it is important to remember that the virus itself is not some supernatural monster. It is a thing that lives by and through infecting other cells,it has tangible physical characteristics — meaning it can be captured and therefore killed.

The question nowis how? Fortunately, the COVID-19 virus isn't entirely new. It is closely related to the SARS-1 virus, which like COVID-19 originated from China. That disease infected roughly 8,000 people from 2002 to 2003, a mild outbreak compared to the global pandemic caused by COVID-2, also known as SARS-CoV-2. Yet despite President Donald Trump suggesting a vaccine would be ready in November, it is quite possible that there will be a long road ahead of us before this thing is licked.

To learn more about the fight against COVID-19 and the possibility of a vaccine, Salon spoke with Dr. William Haseltine, a biologist renowned for his work in confronting the HIV/AIDS epidemic, for fighting anthrax, and for advancing our knowledge of the human genome. He is also the founder and former CEO of Human Genome Sciences, and is currently the chair and president of the global health think tank Access Health International. As usual, this interview had been edited for clarity and context.

Why is it so difficult to develop a vaccine?

It may be simple and it may be difficult. We still don't know… With SARS 1, people tried to make vaccines in animals, including monkeys, but it didn't work very well. So they tried what they thought would work, which was using a surface protein of the virus. And they didn't work very well to stop the virus and they didn't last for very long. So there hasn't been a successful virus vaccine developed for any of the coronaviruses. That suggests it might be difficult but we don't know yet. I'm hoping it's going to be easy, but nobody knows.

It is an unresolved question at this point. If you want to know why, I can give you some information about why.

Indeed I would, yes.

Many natural infections, and most of the work I'm going to refer to, refers to HIV, but many natural infections present themselves to the body in a way that the body reacts to, but is harmless to the virus. So essentially they throw up a lot of decoys and they protect the most sensitive part, which is that part which has to attach to the receptor of the surface. Think of it like a fuzzy basketball with a big dent in it, or maybe a Pac-Man. The Pac-Man is what holds that dent and it is what's going to grab a hold of the receptor. The outsides of the virus can be all fuzzy and that's what it presents to the immune system and it's hard for the immune system to see into the mouth of the Pac-Man. And so many viruses use that kind of trick. So you make a lot of antibodies but they don't stop the virus from working, from getting into your body.

Does that effect our ability to develop a vaccine?

It does, because then if you take the same protein and you use that outside protein to raise antibodies like you do in a vaccine, it means you're going to raise the wrong kind of antibodies. And then the antibodies you raised, you'll get a good immune response but it won't stop the virus. And so that's the fear. It's not certain yet whether that happens, but there are early experiments that were done many years ago with the SARS-1 virus which showed that it was not as simple as people were hoping for. So it may not be simple for this, but we might be lucky.

For people who are not familiar with epidemiology, explain how you develop vaccines and whether it is easier to defeat a disease like COVID-19 than it is to defeat a retrovirus [RNA viruses which inject a DNA copy of their genome into a host cell] like AIDS.

The prospects of a vaccine for coronavirus are not straightforward. It may be possible to make one using traditional methods, but they've so far not been proven effective for any animal against the coronavirus.

There are several ways to make a vaccine. One way is to grow up the virus and kill it. That's what polio virus is. That's a polio vaccine, and that's relatively simple because the polio virus doesn't have the kind of envelope around it. There is a membrane around the coronavirus. So when you grow a polio and you kill it, that makes a good vaccine, and that's the way to make vaccines. And you could try that with this virus. It's unlikely to work, but you can try it.

A second way is to actually produce a purified protein from the virus and you mix that with an adjuvant and that becomes the vaccine.

A third way is to take the genes that specify the virus proteins you want to make and you put those into a different viral vector that is itself harmless. When you use that as a vaccine it produces the protein that raises the immune responses that are protective.

To date though, no one has been successful in creating a vaccine that protects any animal from a coronavirus. Vaccine trials have not been attempted in humans for any members of the coronavirus family.

Why aren't coronaviruses a more common type of virus in terms of pandemics from an evolutionary perspective, given that they seem to be so effective?

They are quite common! About one third of all your colds are coronaviruses. They're very effective. It's just they're usually not lethal, mostly they give mild symptoms. By the way, the same thing is true about the polio virus. The polio virus is a cold virus. It causes paralysis in about one out of a hundred people. But there are many similar viruses, polio-like viruses, and all they do is cause colds. And so the coronavirus is a virus like that. Most of the time it just causes mild infections. And in the '50s, they were discovered and people were surprised to find about one-third of all colds are caused by coronaviruses. So they are successful.