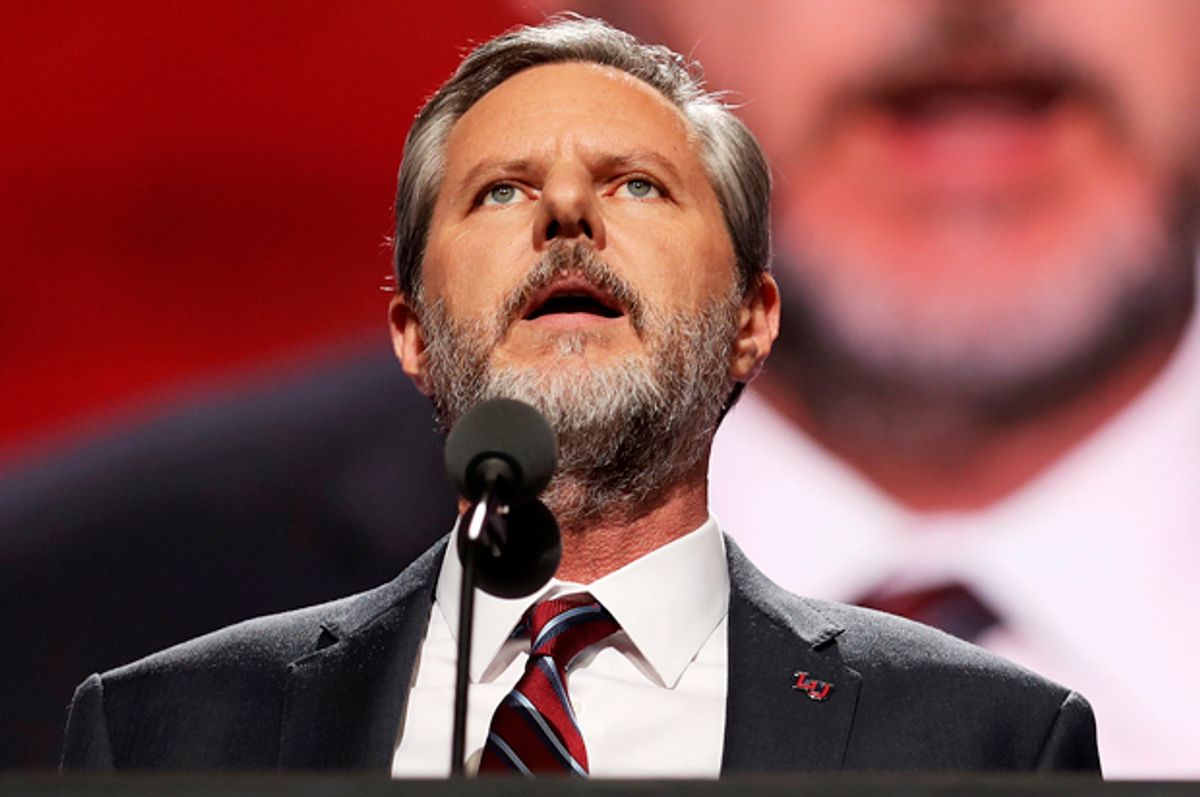 One of nearly a dozen Liberty University students who exhibited symptoms consistent with COVID-19 has tested positive for the virus after students were allowed to return to campus last week, according to The New York Times.

Dr. Thomas W. Eppes Jr., who runs Liberty University's student health services, told the outlet Friday that three of those students were sent to local health care facilities for testing, while the other eight were instructed to self-isolate. The student whose test came back positive lives off-campus.

"I can't be sure what's going on with individuals who are not being tested but who are advised to self-isolate," Kerry Gateley, the health director of the Central Virginia Health District, told The Times. "I would assume that if clinicians were concerned enough about the possibility of COVID-19 disease to urge self-isolation that appropriate screening and testing would be arranged."

Liberty University President Jerry Falwell Jr. told The Times that more than 800 of the 1,900 students who returned to Liberty's campus in Lynchburg, Va., last week had subsequently left.

"Liberty should be liable for these illnesses that occur after early reopening of campus against public health recommendations," Dr. Eric Feigl-Ding, epidemiologist and senior fellow at the Federation of American Scientists, told Salon by email Monday.

Shaugnessy Naughton, board president and founder of 314 Action, a nonprofit PAC that elects scientists to Congress, offered a similar observation.

"There is a direct line between the mixed signals and downplaying of the seriousness of COVID-19 by President Trump, along with the amplification by the right-wing media, to the irresponsible decision by Jerry Falwell to ignore the advice of the scientists and even the presidential advisory," Naughton told Salon by email. "Falwell has taken the denial of science to a new level."

When Falwell announced last week that he was inviting students back to campus, English professor Marybeth Davis Baggett urged the college's board of trustees to overrule Falwell, writing that his "decision runs contrary to the three other residential schools in our area that have closed their dorms, allowing only those with nowhere else to go to remain."

She also told The News & Advance that "lives are at stake. I think this decision is a recipe for disaster, and I have been trying to push that as much as I have been able to internally."

Falwell told the outlet that "I think we, in a way, are protecting the students by having them on campus together. Ninety-nine percent of them are not at the age to be at risk, and they don't have conditions that put them at risk."

Falwell, who is an outspoken supporter of President Donald Trump, made unsubstantiated claims about the virus earlier this month, telling "Fox & Friends" that "it's just strange to me how so many are overreacting. The H1N1 virus of 2009 killed 17,000 people. It was the flu also, I think. And there was not the same hype. It was — you just didn't see it on the news 24/7. And it makes you wonder if there's a political reason for that. It's, uh — you know, impeachment didn't work, and the Mueller report didn't work and Article 25 didn't work. So maybe now this is their next — their next attempt to get Trump."

Falwell also tweeted earlier this month that "my then 20 year old son almost lost his life to the Swine Flu in 2009 because of the poor response of @BarackObama. Thank God @realDonaldTrump is managing this Corona Flu like you would expect from a successful CEO v a career politician!"