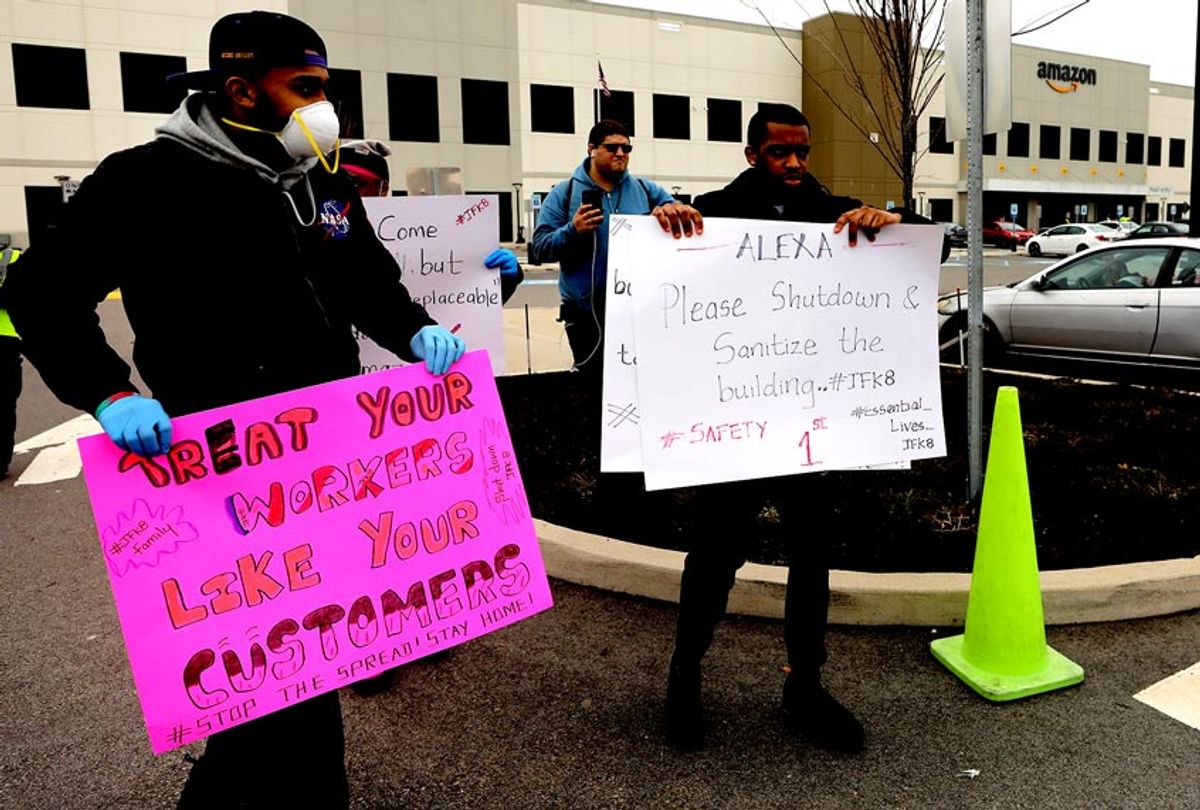 James said in a statement that her office is considering taking legal action against Amazon and called on the National Labor Relations Board to investigate the firing of Chris Smalls, who accused the company of retaliating against him for Monday's demonstration.

Amazon, which is owned by Jeff Bezos, the world's richest man, said in a statement that it terminated Smalls for "violating social distancing guidelines" by returning to the Staten Island fulfillment center after he was asked to self-quarantine for 14 days following his exposure to a worker infected by COVID-19.

"Taking action cost me my job," said Smalls, who was an assistant manager. "Because I tried to stand up for something that's right, the company decided to retaliate against me."

Thus far, only one worker at the Staten Island fulfillment center has officially tested positive for the novel coronavirus, but Smalls told Bloomberg he believes more employees have been infected and condemned the company's failure to take necessary precautions.

"The conditions there are horrific," said Smalls. "The items that we use to clean up the building are scarce. ... We don't have the proper masks, we don't have the latex gloves."

As Common Dreams has reported, dozens of employees at Amazon's Staten Island warehouse walked off the job Monday afternoon to protest the facility's unsanitary conditions.

"We're not asking for much," Smalls told CNN ahead of the protest. "We're asking the building to be closed and sanitized, and for us to be paid [during that process]."