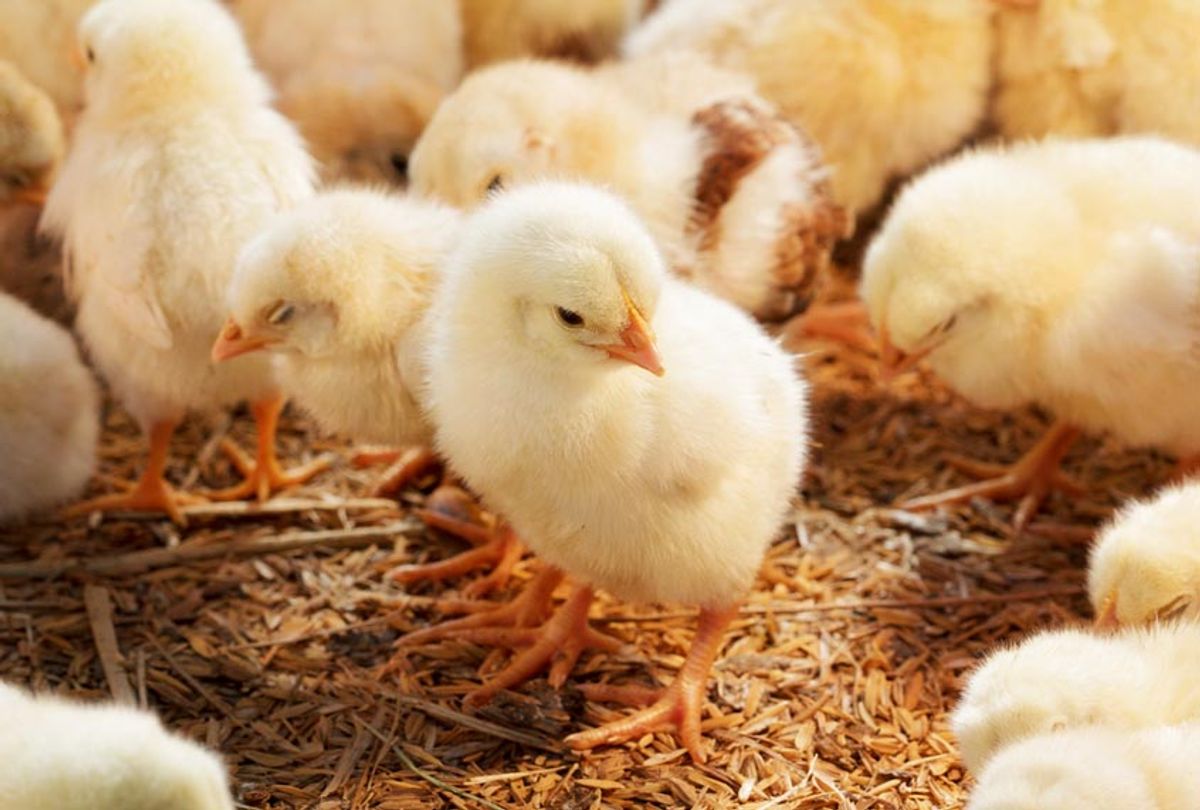 Christina Wong currently has four chickens: Raspberry, Lady Olgaberry, Butterberry and Fizzleberry. They live in  a watermelon-pink coop in Wong's Highland Park backyard, about 15 minutes outside of downtown Los Angeles, and are frequently featured on her blog, "Baking With Chickens."

But since March 19, when all Californians were ordered to "shelter in place" to limit the spread of the novel coronavirus, Wong says the interest in her chickens has expanded beyond her active Instagram page and YouTube comments.

"It started out with friends hitting me up, and they're like, 'Hey, do you have extra eggs?'" Wong said. "And I was like, 'Well, what are you willing to trade for them?'"

Wong said she and her friends reached a quick agreement — flour for eggs. Both ingredients are currently running low on store shelves and are necessary for Wong to continue making content for her baking blog.

"My chickens are like the hottest commodity right now," she said.

And with some of Wong's friends, the conversation soon turned to them raising their own backyard chickens.

"I think that there's been a lot of people looking — especially in my online chicken communities and on 'chicken Instagram' — for information," she said. "I've been contacted by several people and friends about like, 'Hey, I'm thinking about starting chickens.'"

Wong's friends aren't the only ones who are flocking to urban homesteading activities in the midst of the pandemic. Just a scroll through social media shows post after post of people picking up hobbies like canning, gardening (backyard or windowsill), making jellies and jams, and baking sourdough bread.

And yes, buying backyard chickens. As Tove Danovich reported for The New York Times, "for the next few weeks, baby chickens are next to impossible to find."

"Apparently when times are tough, people want chickens," she writes. "Chick sales go up during stock market downturns and in presidential election years."

Obviously, we are experiencing both right now, as well as an unprecedented global health crisis; but why does that translate into Americans picking up these activities?

For some, like Allison Rumboll, a Cincinnati-based small animal veterinarian, the increased amount of time spent at home due to recommendations to socially isolate meant that there was actually room in her schedule to get her backyard in order for chicks.

"We have wanted chickens for a long time but didn't have a yard to raise them in until we started renting a house in August," Rumboll said. "We always were going to get the chicks but this made it very easy to start and for my husband to build the coop. The chicks also come out in the spring and this was perfect timing with the unfortunate world events."

Jason Grant, a music teacher who lives in Chicago, says that he decided to get into making preserves for a similar reason.

"I recently signed up for a CSA, so I could get produce delivered to me since I'm not going to the store as often," Grant said via a Facebook message. "After the first one arrived, I spent hours scouring Reddit and Facebook groups about making jams and stuff."

He ordered his first shipment of half-pint Mason jars and a few boxes of pectin soon after.

"I'm still teaching some lessons online, but my schedule is less restricted since I'm home all the time," Grant said. "I'm just not sure in my 'real life' if I would have spent the time to do all the research and follow-through on the preparation, but I'm glad that I'm doing it now."

But unstructured time also breeds boredom, and Dr. Leni Sorensen, a culinary historian and home provisioning skills instructor, thinks that is at least a partial contributor to the uptick in new backyard gardeners and jam-makers.

"Suddenly you're home with all three of your children  and your husband who you're not really sure you really like anymore," she says with a laugh. "And it's a shock because most people work, whether they work at a shift job at the McDonald's or the grocery store, or whether they work as a lawyer in an office, they are away from home all day, right?"

So some of these activities provide a semblance of routine when many of our days have otherwise devolved into just a stream of identical hours peppered with Skype calls, Zoom cocktail hours, and sunsets; you've got to water the plants and feed the chicks, and you better check on your sourdough starter while you're at it.

But there's something deeper at play than simply crafting activities to fill one's calendar. At the heart of many of these pursuits is a focus on preparedness, this idea that, if things go wrong in the world around us and our existing social structures are momentarily upended, you can fend for — and feed — yourself.

These are the kinds of skills Sorensen teaches.

"The work that I've been concentrating on is what I call home provisioning, which is having what you need when you need it," she said. "Whether it's working on accumulating a pantry, that's just your basic pantry and then you add to things that you made on your own, your own canned goods, home-preserving food, it's knowing that you'll never be without stuff."

This is something that Wong mentioned, as well.

Egg prices in the United States have hit record levels as the pandemic boosts demand; cartons are sold out or picked over in many stores across the country.

"So, I do think there is a sense of stability in saying, 'Hey, I can grow my own food and I can make sure that I have eggs and food and protein,'" she said. "A lot of people are now going back to victory gardens; I've been posting a lot about the garden that I have at my house, and people are really fascinated."

Both Wong and Sorenson provided some light words of caution for those looking to jump into urban homesteading ("remember that chickens aren't a hobby you can just shelf when you're tired" and "make sure you don't give yourself botulism," respectively). But both also said that, while there may be some frustrating moments — just like with any new activities, there are learning curves — there's a lot of comfort to be found, too.

"It's something, when everything else in the whole world is out of your control, that you can actually do and manipulate with your own hands and see results," Wong said. "And that's really comforting and satisfying."