What's new on Netflix in April, from "Kim's Convenience" to "#blackAF" 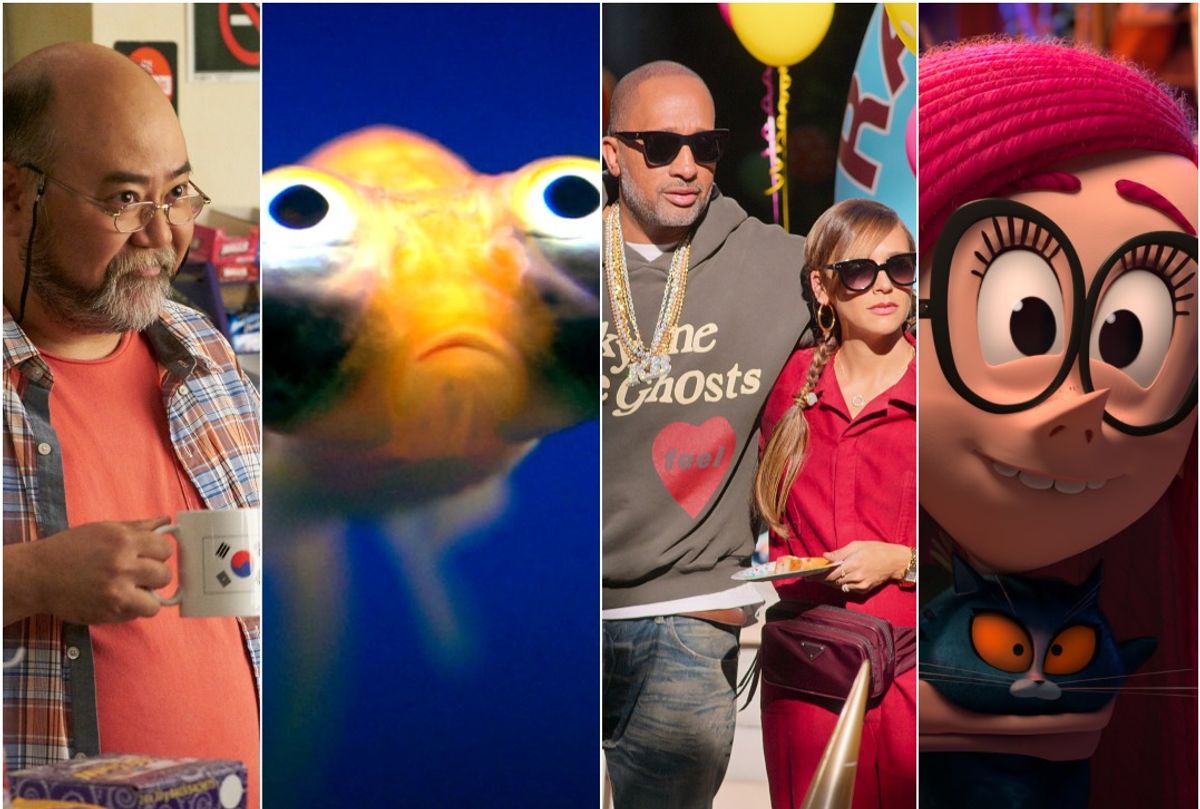 Alright, we're all spending more time at home now. I understand that this isn't necessarily fun or comfortable, especially as the world outside feels increasingly unstable and dangerous. But this is where media — movies, television series, sketch shows — can hopefully provide some kind reprieve.

We've put together a list of some of what's new to Netflix this month; there are captivating documentaries, upbeat family sitcoms, a trippy animated series based on a podcast and a nature show hosted by a quirky cast of characters.

Here are the highlights, followed by a full list below:

I am a dedicated fan of documentary filmmaker Erin Lee Carr. Her work — including her most recent HBO docuseries "I Love You, Now Die" — tends to take the stories that make for truly scandalous headlines, peel away any salaciousness and get to the human lives underneath. In "How to Fix a Drug Scandal," a four-part docuseries, Carr looks at drug chemists Sonja Farak and Annie Dookhan, whose arrests reveal humongous flaws in a neglected legal system designed to streamline the "war on drugs."

As the press release puts it, "Hold on to your top knot and grab your remote" for the six-part sketch series produced by and starring comedian Iliza Schlezinger. Following recent sketch series like "Black Lady Sketch Show," "The Astronomy Club" and "I Think You Should Leave With Tim Robinson," the "Ilana Schlezinger Sketch Show" will feature an ensemble cast, tackling the TV stereotypes that fill our screens – big, small, and tiny.

Canada has given us so many wonderful things, among them are curling, courtesy, and "Kim's Convenience." We are grateful that our favorite Korean immigrant family that runs a corner grocery store is back. This season, we pick up with the cliffhanger of Raj breaking off his engagement to see if he can reconcile with Janet. Meanwhile, Jung's own lovelife looks like it will improve, but not without its problems. As for the parents, Mr. and Mrs. Kim have to deal with an unexpected houseguest, and later Mr. Kim coaches a soccer team and Mrs. Kim has to deal with book club politics. In a world that feels like it's gone crazy, the Kims deliver some much-needed laughter. OK, see you!

This feels like a time for easy-to-watch TV, right? And one of the shows I'm most looking forward to in this realm is "Brews Brothers," which kind of looks like an "Odd Couple" drama doused in beer. In this Netflix sitcom, estranged brothers Wilhelm and Adam Rodman — who are both master brewers — somehow find themselves running a brewery together, but their styles are very, very different. Family drama and beer puns are sure to be on tap.

Emmy-winning "Master of None" and "Forever" co-creator Alan Yang writes and makes his feature directorial debut with "Tigertail," a story that is inspired by his own family. After a difficult childhood in Taiwan, Pin-Jui (Tzi Ma) leaves his love and home to move to America with a woman with whom he doesn't totally connect. It's a risky choice, one that leads to a completely new life. Over the course of "Tigertail," Pin-Jui looks back on this decision as his daughter Angela grows up. The father and daughter pair are incredibly similar — stubborn and unafraid to fail — and while they don't see it at first, they come to recognize themselves in each other.

"The Innocence Files" shines a light on the untold stories behind eight cases of wrongful convictions that the nonprofit The Innocence Project works to overturn. The nine-episode series is divided into three parts: The Evidence, The Witness, and The Prosecution.

Over the last year, we've seen a turn towards nonfiction content wherein the narrative is less about solving a mystery or piecing together a crime, and more about turning the magnifying glass on the legal proceedings that surrounded it; a sort of "true criminal justice" designation as opposed to "true crime." Often, a cornerstone of these stories is the upending of the roles of typical true crime, and showing that the delineation between good characters and bad characters — traditionally victims or law enforcement and the perpetrator of the crime, respectively — is blurred (think "Making a Murderer").

This series looks like it will really explore that shift, while also exposing difficult truths about America's deeply flawed criminal justice system.

Starring Kenya Barris (creator of ABC's "black-ish" and its two spinoffs) and Rashida Jones, "#blackAF" follows a family as they adapt to new money and their expensive tastes, while exploring the struggles of being unapologetically black and wealthy.

This trippy animated series, which is based on interviews from the "Duncan Trussell Family Hour" podcast, follows a spacecaster traversing worlds inside his universe, exploring existential questions about life, death and the meaning of life.

All three parts were each filmed at NYU Skirball Center for the Performing Arts.

For a different take on Earth Day programming, "Absurd Planet" takes the soothing formula of nature shows like "Planet Earth" or "Our Planet" and injects it with a little humor. This twist on the nature doc takes a peek into the lives of some of the earth's coolest animals, with commentary provided by a cast of quirky critters and Mother Nature herself.

Documentary filmmaker Rachel Mason grew up thinking her parents ran a small bookstore. Which, they kind of did. Karen and Barry Mason — a straight, middle-class California couple — owned Circus of Books, a now-defunct Southern California sex shop that sold magazines and printed materials out front, and had a wide selection of hardcore gay videos and sex toys in the back.

Mason combines home video footage, contemporary interviews and archival footage to establish how important a shop like Circus of Books was to California's gay community.

This Netflix animated film based on the children's book of the same name by Lois Lowry, starts with what is probably a super relatable premise for anyone who went through a rebellious childhood phase. The four Willoughby siblings are convinced that life would be better off without their selfish parents, so they — plus, their bright blue cat — hatch a plan to abandon them on vacation and form a family of their own.

Inspired by Mindy Kaling's childhood, "Never Have I Ever" is a coming-of-age comedy series about the life of a modern first-generation Indian American teenage girl. Devi, a 15-year-old sophomore, is dealing with her father's death but also just being a regular but ambitious high school student. But it's not just good grades she's seeking, but to have sex with the class heartthrob Paxton. For lovers of "Booksmart," viewers will recognize that the smart girls don't always have to be the nerdy wallflowers.

You may be familiar with the life of Terry Donahue, who played for the women's professional baseball league that inspired the hit movie "A League of Their Own." But "A Secret Love" presents the untold story of the real-life women who remained closested most of their lives. This documentary follows the love of Terry and Pat Henschel, whose relationship spans nearly seven decades, from when they first met, to when they came out to their conservative families, to facing the hardships of aging and illness.

At the age of 16, Cyntoia Brown was convicted of the murder and robbery of John Michael Allen. Brown, who was a victim of teenage sex trafficking, said that Allen had paid her $150 to have sex with him, but midway through the encounter feared for her life, which led to her shooting him.

She was released from prison in late 2019, and this documentary takes a look at how her past, physiology and the law itself called her guilt into question.

"The Good, the Bad and the Ugly"
"Violet Evergarden: Eternity and the Auto Memory Doll"

"The Killing of a Sacred Deer"

"Cooked with Cannabis"
"The Midnight Gospel"
"The Vatican Tapes"

"The House of Flowers" Season 3

"Battle: Los Angeles"
"Never Have I Ever"