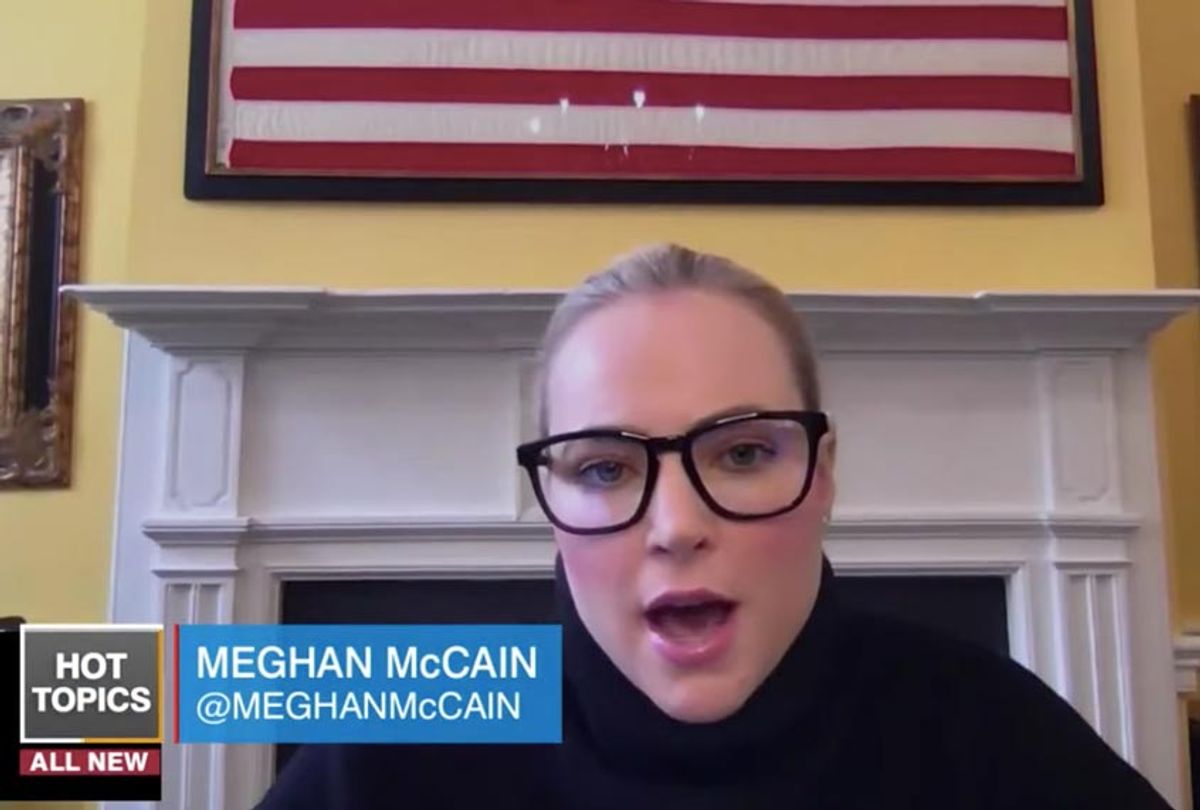 "The View's" Meghan McCain joined with her other co-hosts in expressing fear and frustration around the White House's dealing of the coronavirus crisis.

Speaking Monday morning, co-host Sunny Hostin explained that given President Donald Trump's peddling of the drug hydroxychloroquine as a kind of coronavirus miracle cure, he has no business being on television. She said that networks should stop carrying the press conference live and merely clip major moments from the experts.

McCain disagreed saying that she was concerned about what Trump is doing and the poor leadership standing behind him, namechecking Jared Kushner in particular.

"There's an argument being made by some people that the press conferences shouldn't be being covered," McCain explained. "My argument for keeping the press conferences is I think we're at a place where President Trump — he's always been a sort of totalitarian president in a way that we've never historically seen before. And my fear is that he's going to play on the American public's fears in a draconian way and possibly do something akin to the Patriot Act where he uses this moment in time to play off our fears for his own benefit."

"I think seeing front and center what he and his team — I for one became even more fearful of what was happening when I saw how inept Jared Kushner was. So, while he has a team of doctors like Dr. Fauci that we are all in agreement is doing a great job, my fear is that this is a moment in time that can be manipulated by the powers and the government in place. I want to see front and center what he's saying no matter how ridiculous some of the press conference commentary."