Yes, thousands are dying and the Trump administration has massively bungled it. They've got other priorities 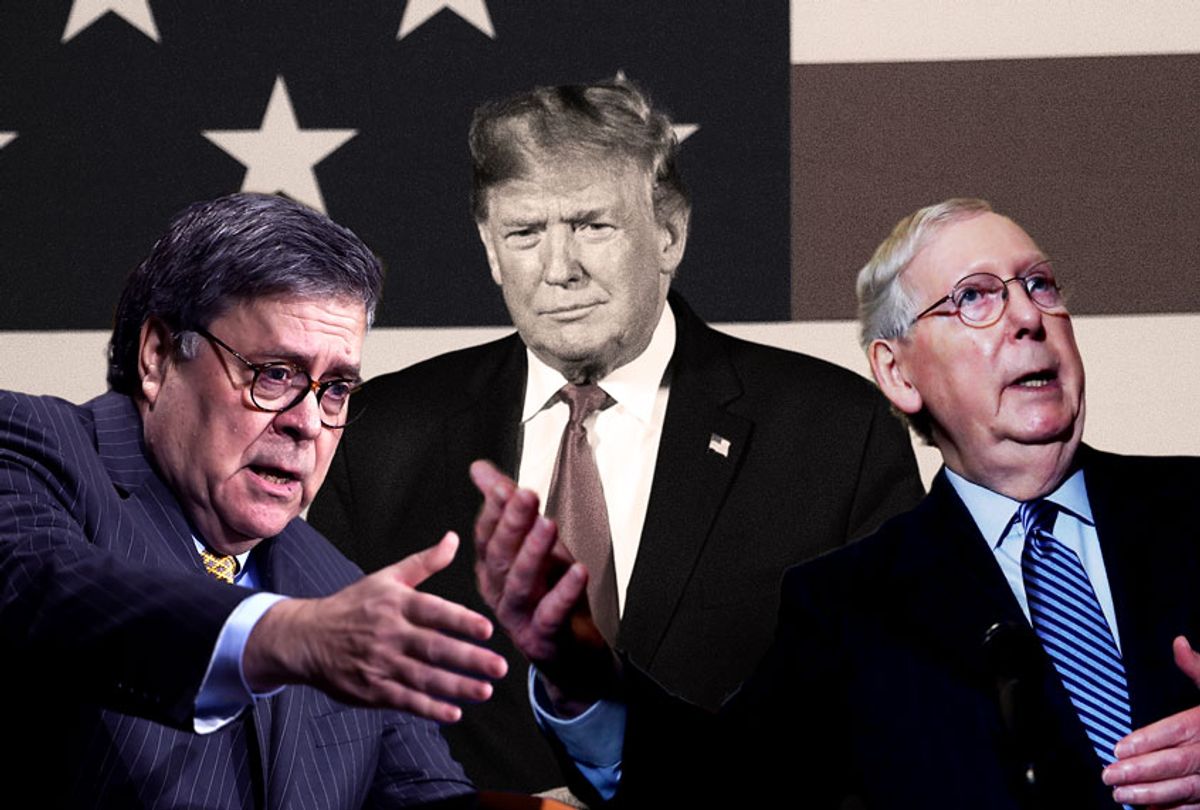 It's understandable that the media is almost entirely obsessed with the coronavirus crisis. After all, more than 70 percent of the U.S. population is on "stay at home" orders and deaths are rising exponentially. Needless to say, the Trump administration's erratic and inconsistent response to the crisis has requires tremendous media resources and attention simply to convey the basic facts on the ground and let people know what to do.

There has been plenty of criticism of the news networks for carrying Trump's White House "press briefings" live, and for good reason. The lies, propaganda and outright misinformation coming from the president himself are so overwhelming that it's important he be fact-checked, and that can only be properly done if the networks delay broadcasting what he says. His incessant hawking of unproven drug treatments alone is reason enough to put his commentary on delay.

Having said that, the press has done an excellent job of deep reporting on what has gone wrong with the U.S. response to the COVID-19 pandemic. It's important to acknowledge that as well.

The AP published a report this past weekend headlined "U.S. 'wasted' months before preparing for virus pandemic," in which reporter Michael Biesecker revealed a shocking new detail:

As we all know, by mid-March hospitals and state governments had been begging for supplies for weeks. Apparently, Trump's belief that the federal government isn't a "shipping clerk" meant that no one at that level bothered to get involved with the procurement and distribution of vital medical equipment until long after it was necessary.

Of course, medical authorities and local leaders have also been begging for widespread testing for the coronavirus. As the New York Times reported last week, months were lost while the president drifted along in denial about the crisis, to the point where testing became almost irrelevant, since the virus had spread so far and wide that the only recourse was to lock down most of society and keep our fingers crossed.

Similarly, a blockbuster Washington Post story published on Sunday details how the Trump administration "often seemed weeks behind the curve in reacting to the viral spread, closing doors that were already contaminated ... infighting, turf wars and abrupt leadership changes hobbled the work of the coronavirus task force."

There are many other reports that outline the administration's monumental response fiasco. It may seem as though all this White House does all day is create chaos and confusion. But in fact the Trump's administration is still busily "deconstructing the administrative state" one department at a time, even in the midst of an unprecedented public health crisis.

For instance, even as people are dying in vast numbers, gasping for breath, Trump's EPA decided it was a good time to create more air pollution and roll back America's best attempt to combat climate change by weakening fuel efficiency rules for automobiles. As Carl Pope observes in a Salon commentary published on Monday, even the auto industry doesn't want this regulatory rollback, which seems to be an attempt to rewrite federal law. According to the Guardian, "the changes will allow vehicles to emit about a billion more tons of heat-trapping carbon dioxide — equivalent to roughly a fifth of annual U.S. emissions."

In other news, Secretary of State Mike Pompeo and Secretary of Defense Mark Esper have recently decided that the U.S. will withdraw from the "Open Skies" treaty with Russia, which was intended to reduce the risk of an accidental war. Our allies are unanimously opposed to abandoning the treaty, which is probably why this administration is doing it.

ProPublica has reported on a leaked memo which shows that the administration has promulgated new rules for the Border Patrol allowing them to quickly apprehend any asylum seeker and immediately send them back over the border without due process, calling it "the biggest step the administration has taken to limit humanitarian protection for people entering the U.S. without papers."

In yet another sign that the military has become as corrupt as every other agency of Trump's regime, acting Navy Secretary Thomas Modly fired the commanding officer of the USS Theodore Roosevelt, Capt. Brett Crozier, because Modly feared that Trump would personally interfere if he didn't, based on his recent record of military meddling. In this case, the president was unhappy that Crozier had complained his crew was in danger from the pandemic, something Trump still doesn't want to hear.

Meanwhile, over at the Department of Justice, Attorney General Bill Barr has been busy writing up proposals for new "emergency powers." Politico reports that documents "detail the department's requests to lawmakers on a host of topics, including the statute of limitations, asylum and the way court hearings are conducted." Congress is not expected to approve these new powers but even stating these intention is a good indicator of where the administration would like to go if Trump wins another term.

And no matter how grave the crisis or how badly he's handled it, nothing will stop the president himself from carrying out his purge of people he considers to be disloyal. Former members of the intelligence community have already expressed alarm at acting Director of National Intelligence Richard Grenell's apparent housecleaning of experienced veterans. Over the weekend, Trump unceremoniously fired Intelligence Community Inspector General Michael Atkinson, even admitting he was doing it because Atkinson followed the rules when he forwarded the Ukraine whistleblower complaint to Congress.

Last week Senate Majority Leader Mitch McConnell said he thought the president had been distracted by impeachment, as a way of explaining his inattention to the pandemic threat despite all the warnings from the intelligence agencies and health experts. (McConnell later said he meant Congress was distracted, which makes even less sense.) Trump was asked about this at one of his coronavirus rallies but danced around the question, obviously wanting very badly to blame impeachment for the entire pandemic but realizing that might make him look like he can't do the job. He said, "I don't think I would have acted any differently or I don't think I would have acted any faster."

That was a rare instance in which Donald Trump was telling the truth. Whether he had been impeached or not, he wouldn't have paid any attention to an impending crisis of this magnitude. He'd still have been obsessed with petty political spats of one kind or another and completely uninterested in anything but his own "ratings" and political fortunes.

His administration is now entirely staffed by embedded ideologues, fringe players and loyalists who will just keep swinging the wrecking ball, no matter what else is going on. Not even a deadly global pandemic will stop them from fulfilling their pledge to fulfill the president's whims and desires. If they can sneak in some longstanding right-wing extremist goals while nobody's looking, that's just frosting on the cake.