Trump lashes out at Fox News reporter: You should say "great job instead of being so horrid" 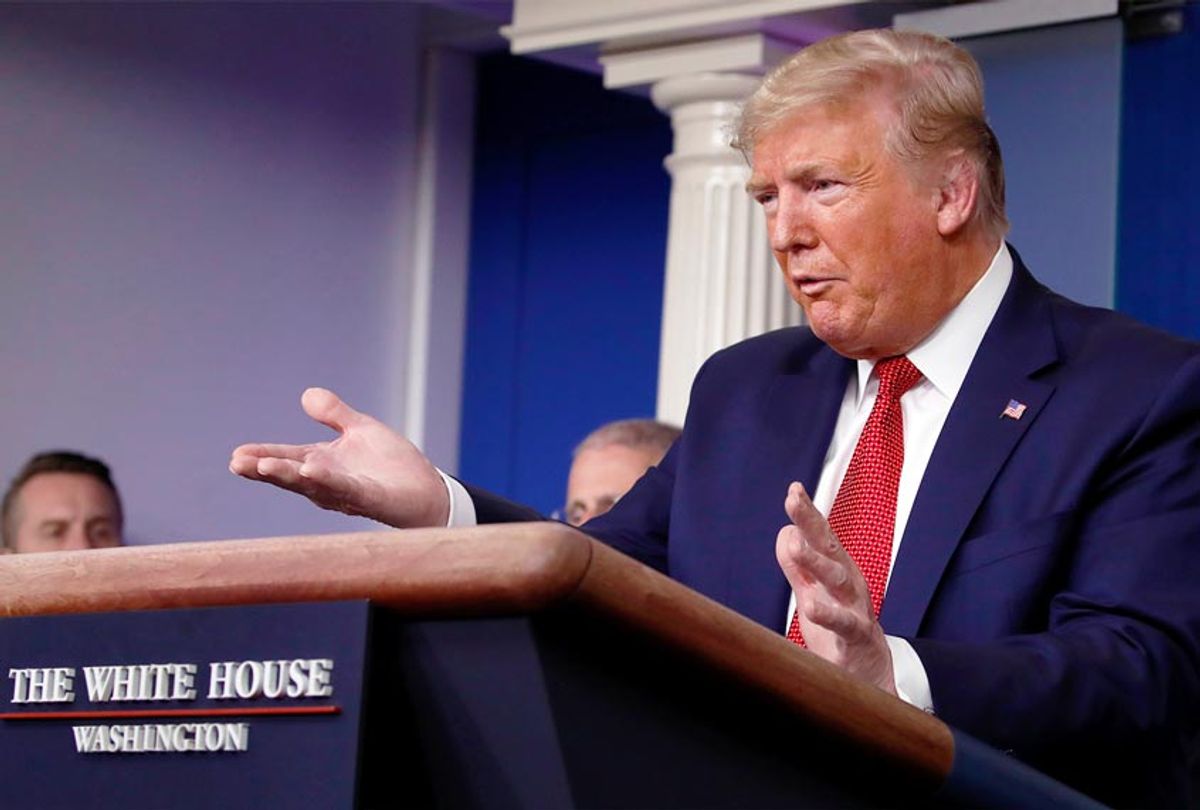 President Donald Trump called a Fox News reporter "horrid" at Monday's press briefing on the coronavirus pandemic after she pointed out that testing remained "a big issue in this country" and asked when hospitals could expect a faster turnaround on test results.

He added, "We're the federal government. We're not supposed to stand on street corners doing testing. They go to doctors. They go to hospitals. They go to the state. The state is a more localized government. There are 50 of them. We also have territories, as you know."

After displaying a chart showing an increase in the number of COVID-19 test results, Trump concluded by telling Fisher that "you should say, 'Congratulations, great job' instead of being so horrid in the way you ask a question."

Fisher's question was based on an inspector general's report released Monday from the Department of Health and Human Services. The report found that the federal government had failed hospitals in a number of ways, including not providing them with sufficient medical supplies from the Strategic National Stockpile and offering them inconsistent guidance (which the report also blamed on state and local authorities).

"Hospitals reported that it was sometimes difficult to remain current with Centers for Disease Control and Prevention (CDC) guidance and that they received conflicting guidance from different government and medical authorities, including criteria for testing, determining which elective procedures to delay, use of PPE (personal protective equipment), and getting supplies from the national stockpile," the report observed. "Hospitals also reported concerns that public misinformation has increased hospital workloads (e.g., patients showing up unnecessarily, hospitals needing to do public education) at a critical time."

"Hospitals told us that they thought the federal government could play a central role in messaging and communications to mitigate what they perceived to be conflicting or inconsistent guidance across levels of government," the report concluded.

It also found that there was a "severe" shortage of COVID-19 tests, which sometimes led to waiting periods of up to seven days. This is consistent with a recent New York Times report which revealed "how a failure to test blinded the U.S. to COVID-19."

This is not the first time that Trump has lashed out at a Fox News reporter for questioning his management amid the pandemic. The president got into a heated exchange with Fox News' John Roberts last week after he was asked about disbanding the National Security Council's pandemic team, which had been assembled under Obama.

"What are you, working for CNN?" Trump asked Roberts.

"No, no, no. I'm pointing out what they have said and what you have said – that's all," Roberts replied.

"I thought you were with Fox. But Fox isn't so easy, either. Don't kid yourself," Trump responded.

"It's not about Fox or CNN," Roberts pointed out.

Dr. William Haseltine, a biologist renowned for his work in confronting the HIV/AIDS epidemic, for fighting anthrax and for advancing our knowledge of the human genome, told to Salon last month that Trump had failed to effectively confront the pandemic.