Trump dismisses calls for nationwide COVID-19 testing before reopening economy: "Do you need it? No" 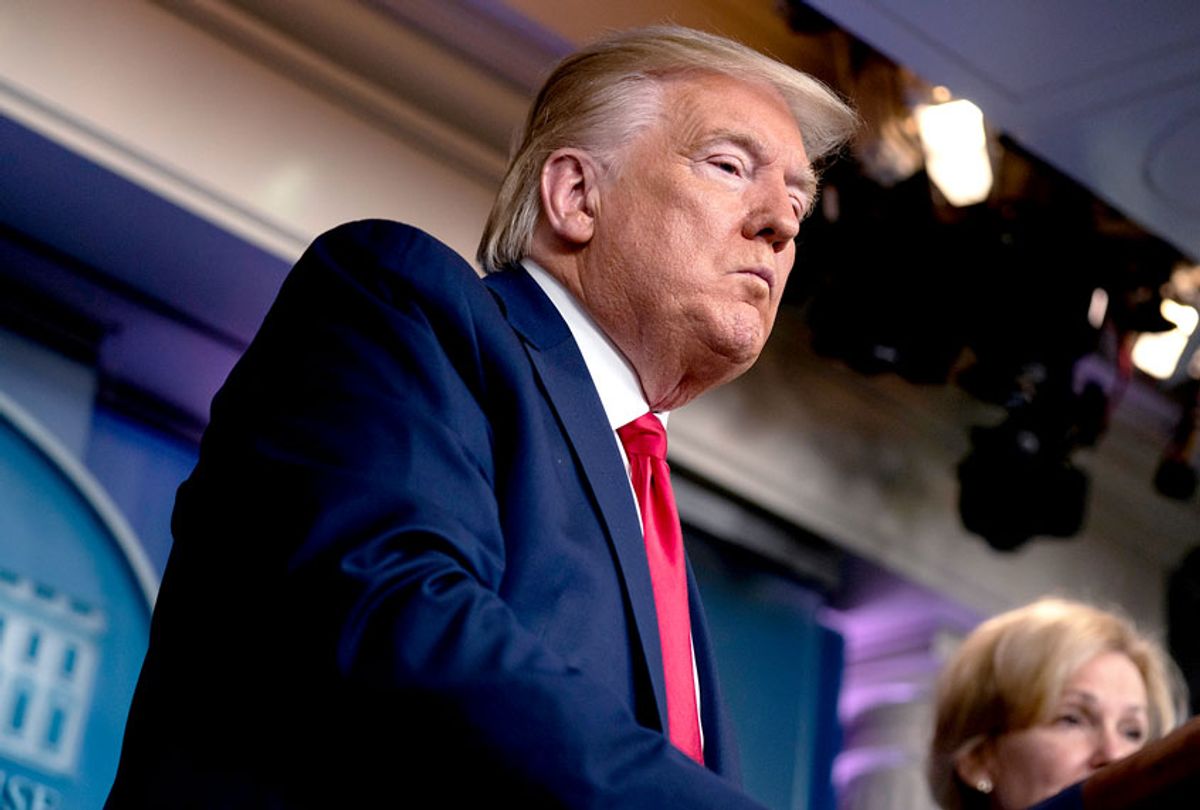 Ignoring experts' warnings about the severe public health risks of reopening the economy too quickly, President Donald Trump on Thursday dismissed demands that a nationwide coronavirus testing system be established and fully functional before people are sent back to work, saying it would be a "nice thing to do" but is not needed.

"If he tries to open things up without adequate testing we are doomed. Better get vote by mail because he's going to ensure we're locked down until next summer," Davidson tweeted.

"On this, Donald Trump is totally wrong and is setting us up for a second wave of cases," Davidson wrote in a separate tweet Thursday. "If we hit a peak soon and open up too soon, the next peak will be worse."

In his rush to reopen sectors of the U.S. economy that have been shuttered by the coronavirus pandemic, Trump has repeatedly downplayed the public health risks of sending people back to work as quickly as possible. Last month, as Common Dreamsreported, Trump said he would love to see "packed churches all over our country" by Easter, April 12.

The president later backed off that rosy prediction, but—with the support of some Wall Street executives—Trump has continued his calls to hastily reopen the economy and dismissed governors' concerns about lack of adequate testing equipment in their states.

The New York Times reported earlier this week that there is "widespread agreement" among public health experts and economists "that the United States desperately needs more testing for the virus in order to give policymakers the first key piece of evidence they need to determine how fast the virus is spreading and when it might be safe for people to return to work."

Simon Mongey, an economist at the University of Chicago, told the Times that without more COVID-19 testing, "there's no way that you could set a time limit on when you could open up the economy."

In an interview with CNN this week, New York-based emergency physician Dr. Dara Kass said "the lack of widespread testing is probably the single biggest issue regarding us getting back to any sort of normalcy."

"We don't actually know who is infected. We don't know anything about our asymptomatic carriers. And we don't know who is not infectious anymore," said Kass. "We were told we would have unlimited capacity to test in America, but we don't."