For autistic people like me, the pandemic is making it harder to eat. Here’s why

I struggle with executive function, making cooking near-impossible. What am I supposed to do now? 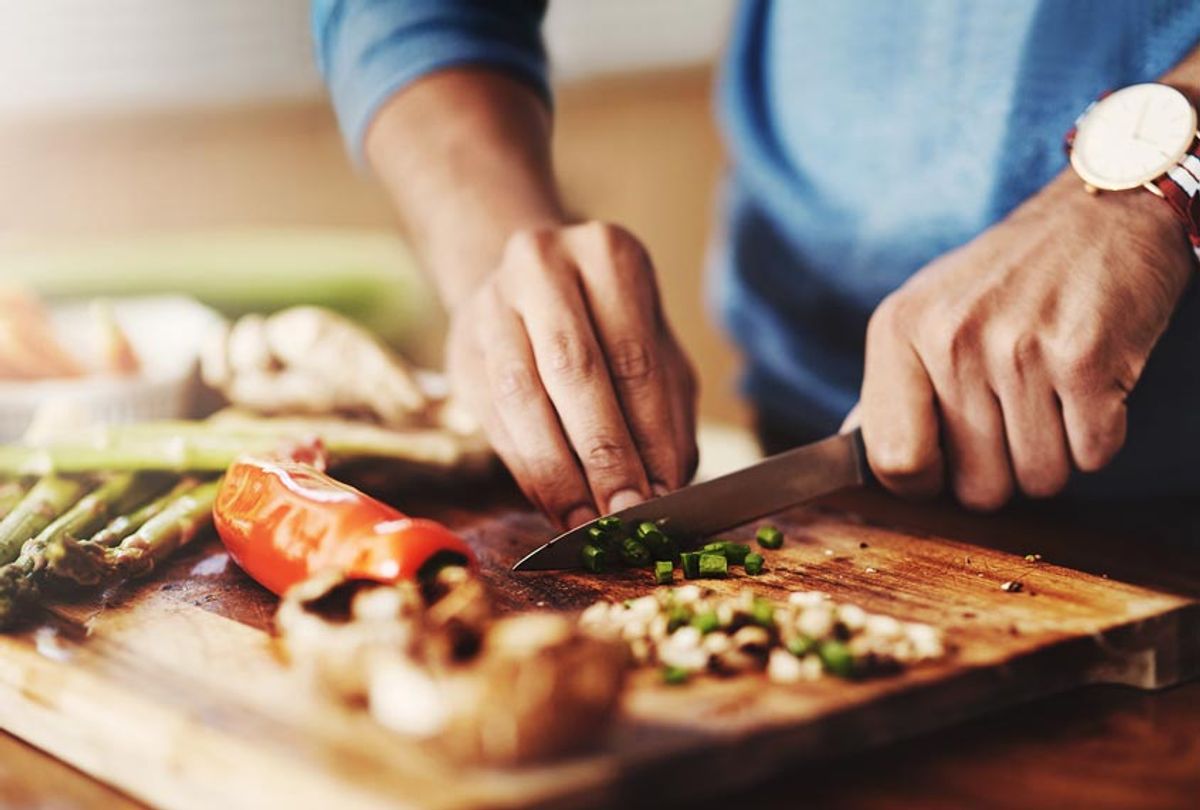 A man preparing a healthy meal at home (Getty Images)
--

Most people in the world have at least one secret they're ashamed of — a past drug habit or a transgression they wish were forgotten.

For me, it's something so small that it may seem silly: I can't prepare my own food.

When you're on the autism spectrum, this is a common problem. Although autism is frequently associated with social difficulties, repetitive behaviors, obsessive interests and depending on routines, it can also make it difficult for those with the condition to develop necessary executive functioning skills. Whenever I'm asked to complete a food-related task more difficult than making a sandwich, I become overwhelmed and anxious. As a result, I've relied on eating out for most of my adult life.

Of course, that has become an increasingly untenable option in the coronavirus era, when restaurants are closing left and right and food delivery drivers are understandably wary about making contact with strangers. Yet a lifelong disability doesn't go away simply because external circumstances have rendered it more inconvenient than usual.

What can autistic people like me do to address this?

"I researched food that was easy to make and also does not expire and purchased those things on Amazon," Alex Plank, an autism advocate and creator of the online autism community Wrong Planet, told Salon. "So I end up having lots of rice and frozen foods that are protein-based, like meat or fish and cans of things like black beans and garbanzo beans. And I learned how to make rice, which is fairly easy to do. You just literally put a cup of rice into a bowl and pour two cups of water into it and then microwave it for 15 minutes on half power and it makes rice."

Plank noted that it's important for neurotypicals to understand that "I don't think it's a good idea to try to expect an autistic person who is not going to [cook] to become this master chef." At the same time, he noted that it's possible to survive on foods like cereal that are easy to make and — while less satisfying than cuisine which is ordered in — can still keep you going.

Temple Grandin, an autism spokesperson and professor of animal science at Colorado State University, had a similar observation to Salon. She noted that she'll take lunch meat "and put it on some salad. Before everything closed down I managed to buy some really nice olive oil and I put that on [the salad]. I was going, 'Resources are tight. I have to eat this,'" Grandin added.

She said that in the past she developed self-sufficiency, despite her struggles with cooking, because "I'd eat my lunch out, I'd have yogurt for breakfast ,and I would just snack." She says those skills are helping her cope now.

Haley Moss, an autism advocate and the first openly autistic female attorney in Florida history, described how she benefits from not living alone. She is staying with her parents during this ordeal.

"For me, cooking is difficult. I didn't always have the time or the knowledge," Moss told Salon. "I also am a picky eater and have struggled with trying new foods, so now I am being more mindful since the routines or sameness of what I eat might not be the same; for instance, no more going out to dinner on a weekend, or lunch meetings at restaurants. It's a huge adjustment."

She told Salon that her parents are helping her adjust both by preparing her meals and helping her maintain a routine.

As for me? I'm relying on the kindness of my fiancée, who does a great deal of cooking, and have also learned how to prepare some simple dishes like eggs. If necessity is the mother of invention, then perhaps this horrible pandemic can provide autistic individuals like myself with an opportunity to undergo some forced therapy when it comes to our executive functioning skills.

After all, everyone needs to eat.