Trump dumps on his favorite pastime, now claims that watching Fox News is a "total waste of time" 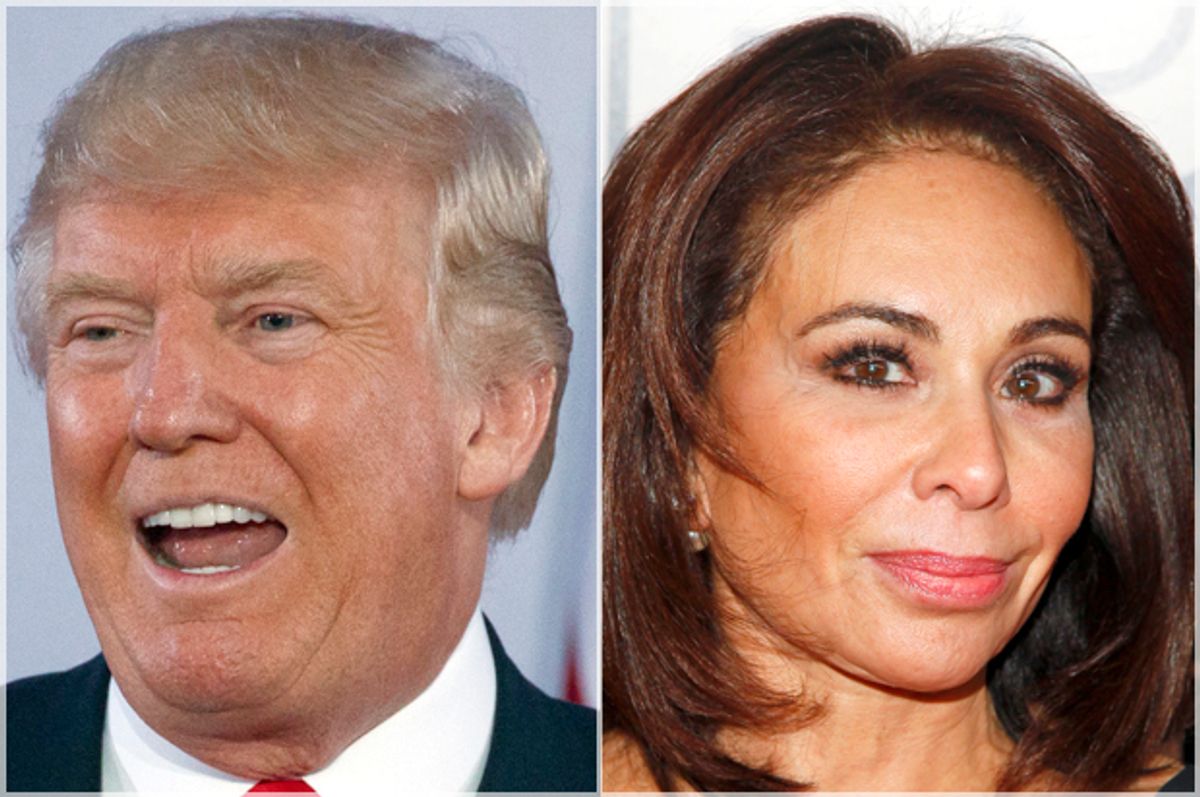 President Donald Trump appeared bored on Saturday as coronavirus kept him off the golf course for a second weekend in a row.

Three hours before Trump was scheduled to appear on "Justice" with former Judge Jeanine Pirro, the leader of the free world lashed out at the network.

Trump is extending his only-on-Fox interview streak. Fresh off a phone call with Hannity earlier this week, Trump will be calling into "Justice with Judge Jeanine" tonight. Details in @ReliableSources >> https://t.co/YgZzZuz0Qu

"Watching Fox News on weekend afternoons is a total waste of time. We now have some great alternatives, like
OANN," Trump posted on Twitter.

Watching @FoxNews on weekend afternoons is a total waste of time. We now have some great alternatives, like @OANN.

OANN, which stands for One America News Network, is a new network challenging Fox News for viewers by offering an even more conservative bent.

This is not the first time Trump has pontificated on how he sees the differences between the two right-wing cable networks.

Watching Fake News CNN is better than watching Shepard Smith, the lowest rated show on @FoxNews. Actually, whenever possible, I turn to @OANN!

Trump has been a big fan of OANN:

Thank you to @OANN One America News for your fair coverage and brilliant reporting. It is appreciated by many people trying so hard to find a new, consistent and powerful VOICE! See you tonight at the Big Rally in Minneapolis.