"We're so used to underestimating girls": How an AppleTV+ series champions truth-tellers of any age 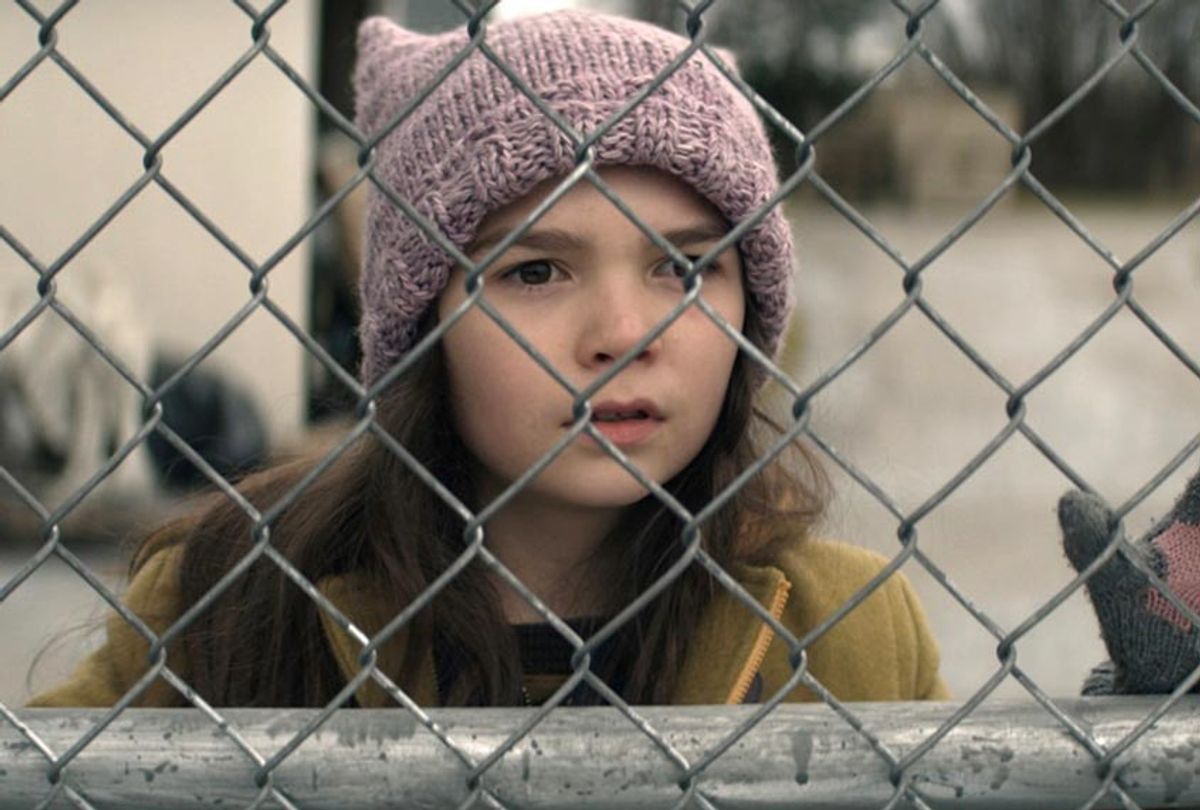 Getting a case of nerves prior to meeting a respected figure or a celebrity, even for seasoned journalists. A less typical situation is for that role to be reversed – that is, for an actor to be flustered about meeting a reporter. But this is where "Home Before Dark" star Brooklynn Prince found herself prior to meeting Hilde Lysiak, the crime journalist her character Hilde Lisko is based on in the Apple TV+ series.

"I was like, what if she doesn't like the way I look?" Prince recalled during a recent phone interview. "What if she watched 'The Florida Project' and she didn't like my acting? What if she had somebody else in mind, you know? I was super nervous."

It turns out, as it does in most cases like this, that Prince's worries were unfounded. Indeed, the pair have more in common than Prince could have imagined. Both harbor a drive to do superior work, to be taken seriously and to follow their passion wherever it takes them.

And both have has to fight that much harder to be taken seriously because they are girls. Confronting obstacles thrown into their paths due to gender discrimination is a reality every ambitious woman contends with. Prince is 9 years old, and Lysiak is 13. As much as grown women are constantly punching away at a glass ceiling, girls have their own version of that battle to wage and they're frequently unassisted in their efforts as they do so.

This is one of the barriers Prince and "Home Before Dark" co-creators and showrunners Dana Fox and Dara Resnik want to shatter by way of their unconventional family-themed murder mystery in which the detective is a crime reporter, one who happens to be small, gets around on a scooter, and struggles to fit in with other fourth graders.

"We're so used to underestimating girls," Fox told Salon. "I mean, it's I think the number one thing that probably [executive producer Joy Gorman Wettels], Dara and I all felt so strongly about. Women get underestimated, but more so than anybody else, little girls get underestimated. And, you know, just the fact that no one ever takes little girls seriously is so infuriating to me."

She recalled that the producers faced this problem as they attempted to cast the show. Many adult male actors didn't want to do a chemistry read with Prince. (Jim Sturgess, who plays Hilde's father on the show, admitted to Salon that he was as nervous about meeting and reading with her as Prince was to meet Lysiak. "Brooklynn was amazing at putting me at ease," he said.)

Lysiak can probably relate. A member of the Society of Professional Journalists, she founded her own newspaper, Orange Street News, which was based in Selinsgrove, Pennsylvania until she moved to Patagonia, Arizona in 2019.

"The real Hilde Lysiak is very professional," explained Resnik. "So when you try to get to know her, she doesn't want to be the story. She wants to write the story."

Prince, meanwhile, co-stars in the acclaimed 2017 film "The Florida Project" alongside Willem Dafoe. In addition to this, she also has written, directed and starred in her own short film titled "Colours" (available to be viewed on Facebook) Based on how that was received, Prince is expanding the idea into a series of episodes, each named after a color of the rainbow and revolving around themes of human connection.

She's also developing a romantic comedy and recently began to outline another script influenced by the history of indigenous people who forcibly taken from their families to be educated at government-funded boarding schools.

When Prince has shared these pitches with others, she says, for the most part she's been met with silence. Or dismissed with some phrase along the lines of: How cute.

"You know, I'm kind of thankful for those people because they give me a drive to do it," Prince said. "Just think about it: if no one in the world told you no, you would have been like, 'Easy peasy. Anyone can do this.' And sometimes your stories wouldn't mean as much because you didn't have that drive and passion to do it."

Resnik says that "Home Before Dark" came to her in the wake of the 2016 election, at a time that the term "fake news" was fast becoming a colloquialism. "And here's this little girl screaming into the wind that there is such thing as the truth, and there is such thing as a fact," she said, adding, "One of the things that's sort of crazy for us is that over the last three years of working on this, that this story would actually become more prescient."

Hilde's story is especially unique in this regard, and it also sets a new standard for the young woman as TV detective. We're used to seeing teenage girls in that role, namely Veronica Mars or Nancy Drew.

Resnik said that by writing a crime story with a prepubescent protagonist, she felt freed from the "milestones that teenage girls go through, whether straight, gay, non-binary, whatever. There are just certain things that they're exploring at that age."

She adds, "We didn't have to do that, because that's not the place that she's at in her life. While you might think it would be limiting because she's so young, I think it completely freed us of having to do those stories."

In turn, the writers could simply focus on Hilde's unshakable commitment to the truth and her high level of professionalism.  Hilde may only be in fourth grade, but also knows her First Amendment rights, how to cultivate sources, and how to connect on-the-record testimonials to hints left behind by trails of evidence. And in "Home Before Dark," the character's determination is backed up by a real person's profile.

"The thing is, I think kids can be sometimes underestimated because they're tiny little people," Prince explained, "and sometimes people don't see them as real people that can actually do anything. So I think that that's why I love Hilde, because I can relate to that."

Hilde's devotion to journalism follows in the footsteps of her father Matt (Sturgess), a reporter who loses his job and moves the family from Brooklyn, New York to Erie Harbor, Washington. There, Hilde meets a childhood acquaintance of her father's who dies mysteriously not long after the family settles in. The police close the case as an accidental death, but Hilde sees clues that point to foul play – and she reports it as such.

Her work exhumes a sordid local history the town's denizens would rather leave buried, and Hilde herself is at first ridiculed and vilified . . . until the details she uncovers lead to an undeniable truth. These are stories that tend to feature men or boys as the justice champions, not girls. For Fox and Resnik, that's the point. Resnik recalls that she grew up watching Steven Spielberg movies but cannot recall any of them featuring a female protagonist.

As for Fox, "I wanted to be a person who was bringing this quietly revolutionary thing, which is having a young woman at the center of a story that takes her very seriously. That sounds like it's not a big deal, but  . . . there aren't a ton of things that do that, that are also saying, 'I want to try to have not only women, not only women who agree with me, not only women with children, but people without kids.' I want men and boys to look at Hilde and say, 'She is my access character.' I relate to her because I spent my entire life growing up relating to the boy characters in the movie that was watching and relating to the men characters in the movie watching." So why not an equally capable young girl?

Working on "Home Before Dark," Prince said, gave her a "respect for journalism. You have to dig down deep to find the facts. You have to find the truth. And when you find the truth and you put out the truth,the truth isn't always happy, and it's not always the best. And sometimes people will try to get a view that better for the community or that's happier or that doesn't take a toll on us, you know? But you have to represent these stories of truth. "

This is one of desired takeaways Prince, Fox and Resnik are hoping to instill in viewers, the importance of upholding and protecting truth in the modern era, no matter what.

"I feel strangely good about the fact that this is a show that's coming out in a pandemic for families to watch," Resnik said, "because it does open up really important conversations for them about, what is the truth? And what can you believe in the news, and what you can't believe? It opens up interesting ideas of having hard conversations with your kids."

Prince agrees. "This show represents truth, family and love. It is all about the truth, and it's all about family connection. And that can bring that a family closer together But you know, I think that will that will warm people's hearts in the microwave. And when you take the plate out, it's just all goopy."

Season 1 of "Home Before Dark" is currently streaming on Apple TV+.