Trump's fans will never admit they made a mistake — that's the hill they'll die on, and not just metaphorically 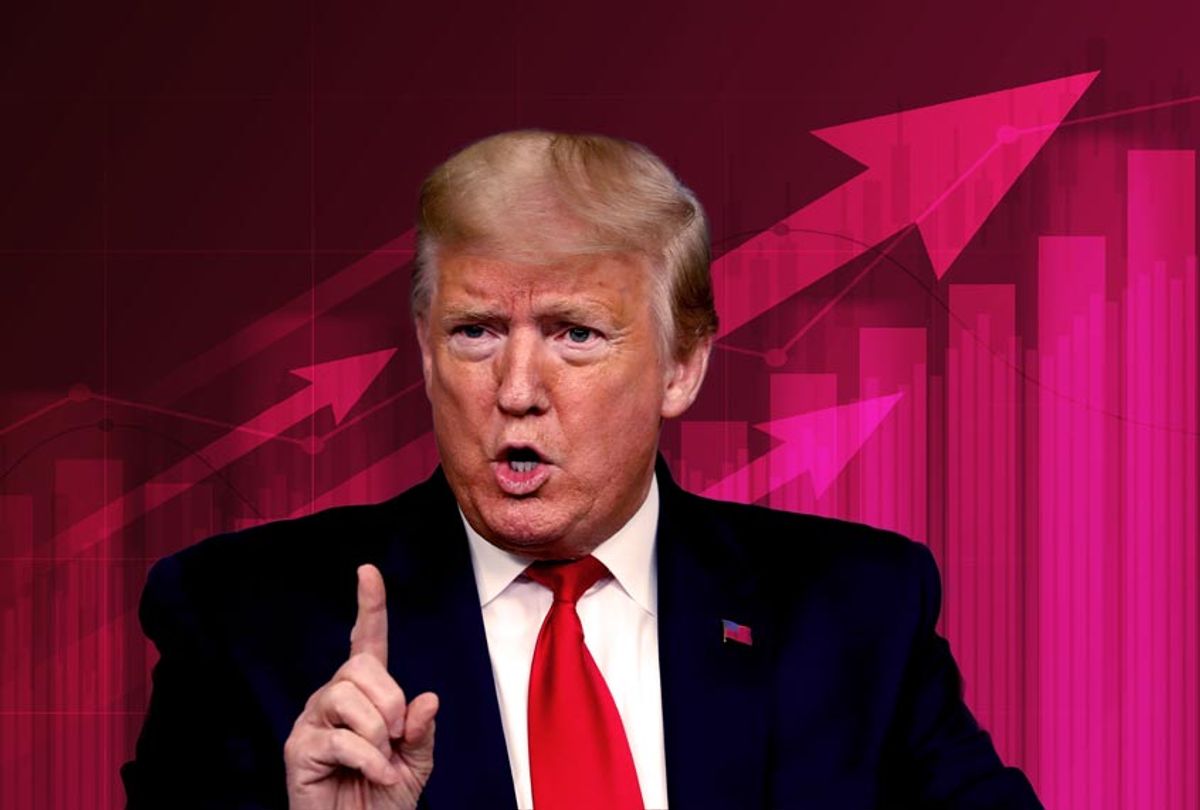 In the age of the coronavirus, with most of us locked away in our homes, we turn to numbers to get a sense of what the hell is happening in this country. Number of diagnosed cases of the novel coronavirus: 555,371, though experts believe the real number is far higher due to under-testing. Number of deaths: 22,056, though experts believe the real number is far higher because of people who die at home or have their deaths misclassified. Number of newly unemployed: 17 million, though experts believe it's likely higher because so many laid-off workers were unable to file for unemployment. Unemployment rate: 13%, and there are concerns it could go as high or higher than the unemployment rate during the Great Depression.

There's one number that's holding steady, however, and it's the number that may very well decide if we are looking at four more years of this hellscape or if we'll get new leadership that actually takes competence in government seriously: Donald Trump's approval rating. That hasn't budged below its baseline of around 40 to 42%. The initial boost Trump got from the rally-round-the-flag effect during this crisis has pretty much evaporated. But so far, that baseline is as immovable as Trump is from a TV camera.

In a sane country, the president's approval rating would be cratering as people absorbed the should-be-indisputable fact that this crisis is his fault. The evidence for that is not exactly hidden! There have been repeated blockbuster reports laying out how Trump resisted taking any measures that would have slowed the spread of the virus for months, believing that people would never notice disease and death so long as he kept saying it wasn't real.

Just this weekend, there was another such report, a damning New York Times article that laid out Trump rejected or ignored warnings from health officials and blocked any useful response in favor of propaganda. Meanwhile, the coronavirus spread throughout the country, indifferent to Trump's apparent belief that lying about viruses make them go away.

And yet, that baseline approval rating doesn't budge, even as Trump voters cannot deny the soaring number of COVID-19 cases and the subsequent economic devastation.

The most apparent cause of this delusional behavior on behalf of nearly half of American voters is that these folks are encased in a Fox News bubble. Trump voters have been encouraged to reject legitimate news sources as "fake news," and instead to get all their information from Trump-worshipping radio and cable hosts who spent months minimizing the virus and then switched seamlessly to swooning over how Trump will single-handedly defeat it with his magical snake-oil cures. Of course, these folks also listen to Trump himself, a shameless liar who will declare victory no matter how badly he fails.

But that explanation only goes so far, in no small part because the propaganda Trump voters inhale is so transparently stupid. Trump voters are clearly smart enough to tie their shoes and find their way to a voting booth, so it's unlikely that they are lacking the baseline mental acuity necessary to see through the ham-fisted manipulations on offer from Trump and Fox News.

For instance, Fox News host Sean Hannity got all self-righteous on-air last week, accusing the mainstream media of downplaying the virus in January.

But it's unlikely that even the dimmest bulbs in his audience will forget that, in February and March — which, for those keeping track, are the months that come after January — Hannity himself accused the mainstream media of "fear-mongering" about the virus, falsely claimed that the seasonal flu is "much more dangerous" and repeatedly argued that Trump had everything under control. Hannity was obsessed with pushing this "don't worry" message, so that even the most casual Fox viewer received it.

Trump's own spin efforts are also comical, at least in how delusional and unconvincing they are. On Sunday, Trump actually tried to spin the declaration of a 50-state national emergency as if it were a testament to his leadership:

For the first time in history there is a fully signed Presidential Disaster Declaration for all 50 States. We are winning, and will win, the war on the Invisible Enemy!

This is, of course, similar to setting your own house on fire and, as you stand in the smoldering remains, declaring yourself a very stable genius for remembering how to dial 911.

Few people, if any, are actually stupid enough to fall for this. No, the ugly truth is that Trump voters are playing along with these obvious lies because they cannot accept the alternative, which is to admit it was dumb and bad to vote for Trump in the first place.

Back in 2017, I wrote a lengthy feature predicting just this: No matter how bad things get under Trump, his voters will stand by him rather than admit they were wrong to vote for him in the first place. The psychological experts I spoke with explained that admitting you're wrong is tough for anyone, because it's such a blow to the ego.

But what the past few years have shown us is that the already difficult task of admitting you are wrong is even harder for conservatives, because it will also require recognizing the unthinkable possibility that liberals were right. Just as Trump was warned for months about the coronavirus, conservatives were warned for literally a year and a half in 2015 and 2016 that voting for Trump — a dimwitted reality TV star who is all ego and no brains — would result in disaster. To face reality now would mean giving into the twin humiliations of admitting they were wrong and the liberals were right, a double humiliation that is clearly too painful to bear.

Trump, being a terminal narcissist, understands the importance of ego preservation implicitly, which is why he often reframes criticism of his own failures as attacks on the people who voted for him. During impeachment, this worked beautifully. Republican voters could see as well as anyone that Trump was guilty as hell, and that his blackmail scheme against the Ukrainian president was just the latest in a pattern of lifelong disregard for the law. But that 42% would rather deny the facts in front of their nose than admit that they were wrong and the Democrats were right.

Back then, it seemed the stakes couldn't get higher, but now they've been raised about as high as they can get, with the body count piling up and the economy in meltdown. In the face of all that, however, conservatives apparently continue to believe that saving face matters more than anything — more than saving American lives and more than rescuing the economy. You've heard the expression about a person who refuses to admit he's wrong: "This is the hill he'll die on." For the 42% or so who can't quit Donald Trump no matter what, that hill is starting to look less metaphorical and more literal every day.