Trey Hollingsworth, who has a net worth of $50 million, says lawmakers need to put on our "big boy" pants 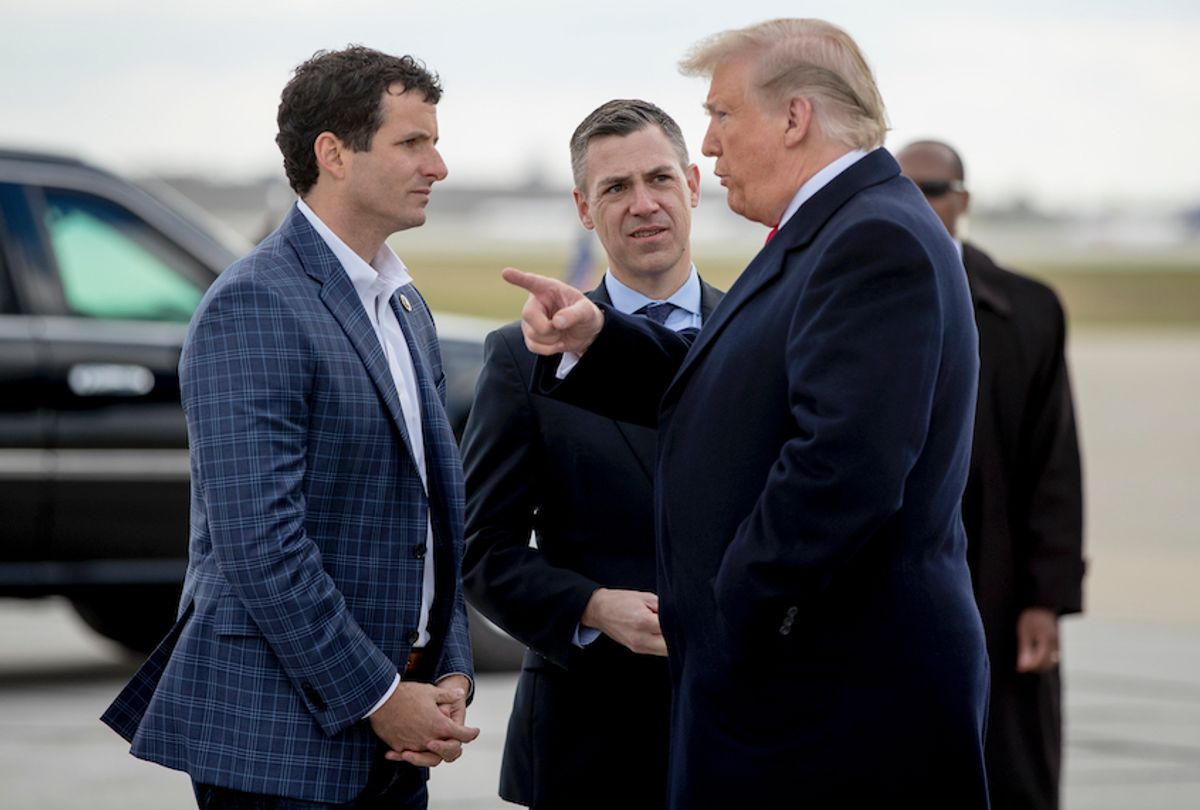 Rep. Trey Hollingsworth, R-Ind., argued on Tuesday that it was the lesser of "two evils" to allow more Americans to die from the coronavirus pandemic than to continue to shut down large swaths of the U.S. economy.

Hollingsworth, a millionaire who ranks as one of the wealthiest members of Congress, told WIBC radio in Indianapolis that lawmakers must always choose to preserve the American way of life over saving actual lives.

Hollingsworth made the comments while discussing President Donald Trump's push to lift coronavirus restrictions even as experts like Dr. Anthony Fauci, the head of the National Institute of Allergy and Infectious Diseases, warn that doing so prematurely could result in a resurgence of new infections.

"I'll guarantee you, once you start pulling back there will be infections," Fauci said Tuesday.

But Hollingsworth argued that it should never be the government's position to save lives at the expense of the economy.

After coming under criticism, Hollingsworth told CNN that "it's hyperbolic to say that the only choices before us are the two corner solutions: no economy or widespread casualties."

"We can use the best of biology and economics to enable as much of the economy to operate as possible while we work to minimize disease transmission," he said.

"It's no accident that the GOP congressman who says dying of COVID-19 might be 'the lesser of two evils' if the alternative is the economy dying is a Wharton-educated businessman worth $50 million," journalist Matt O'Brien tweeted. "Rentiers care about their income streams, not lives."

Hollingsworth is far from the only Republican to prioritize the economy over human life. Texas Lt. Gov. Dan Patrick, a fellow Republican, argued on Fox News that senior citizens in particular would rather die than allow the economy to continue suffering.

"I think there are lots of grandparents out there who would agree with me that I want my grandchildren to live in the America I did," he said last month. "No one reached out to me and said, As a senior citizen, are you willing to take a chance on your survival in exchange for keeping the America that all America loves for your children and grandchildren? And if that is the exchange, I'm all in."

He later added, "Let's get back to living and be smart about it. And those of us who are 70 plus, we will take care of ourselves. But don't sacrifice the country — don't do that."

Sen. Ron Johnson, R-Wis., argued that it would not be a big problem if up to 3.4% of the population — more than 11 million people — died to preserve the economy.

"I'm not denying what a nasty disease COVID-19 can be — and how it's obviously devastating to somewhere between 1 and 3.4 percent of the population," he told the Milwaukee Journal-Sentinel last month. "But that means 97 to 99 percent will get through this, and develop immunities and will be able to move beyond this. But we don't shut down our economy because tens of thousands of people die on the highways. It's a risk we accept so we can move about. We don't shut down our economies because tens of thousands of people die from the common flu . . . Getting coronavirus is not a death sentence, except for maybe no more than 3.4 percent of our population — (and) I think probably far less."

The White House coronavirus task force estimated that between 1.5 million and 2.2 million people would die if the country simply let the virus spread unmitigated.

Ethicists have expressed bewildered that many in the Republican Party, which is staunchly pro-life, have accepted a position of letting people who are primarily elderly and have underlying health conditions die fto help the economy.

"There's an attitude toward the elderly of 'Let them eat cake,'" Peter Wehner, a senior fellow at the Ethics and Public Policy Center, told The Washington Post. "This is very odd for the pro-life party that for so long it pushed a certain ethic."