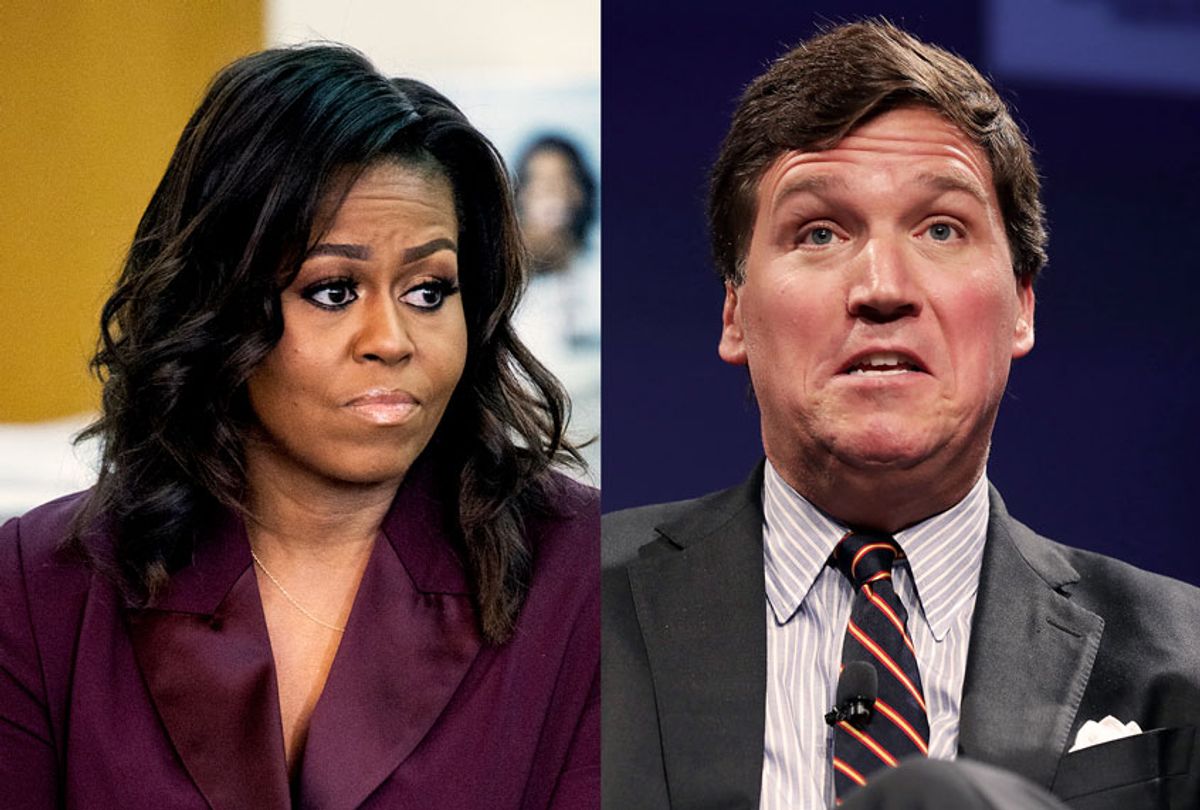 "Former first lady Michelle Obama is using this crisis to promote the radical expansion of nationwide voting by mail," Carlson said. "Citizens could request ballots online and then print them at home. Now, no serious person at the national level has ever suggested doing that before, because of course, it would instantly destroy the public's faith in election outcomes, and hence, our democracy. But if there was ever a time to sneak something this disruptive past a beleaguered and distracted population, this is it."

Obama and When We All Vote, the non-partisan voter registration organization she co-chairs, released a statement Monday arguing that "Americans should never have to choose between making their voices heard and keeping themselves and their families safe. Expanding access to vote-by-mail, online voter registration and early voting are critical steps for this moment — and they're long overdue."

The statement added that "there is nothing partisan about striving to live up to the promise of our country; making the democracy we all cherish more accessible; and protecting our neighbors, friends and loved ones as they participate in this cornerstone of American life."

It also said the measures it supports are necessary "to promote fair and safe access to the 2020 primary and general elections amid COVID-19's ongoing impact. Every American deserves the right to cast their ballot safely and without unnecessary risk."

When We All Vote and the former first lady support the Natural Disaster and Emergency Ballot Act of 2020 — a bill introduced last month by Democratic Sens. Amy Klobuchar of Minnesota and Ron Wyden of Oregon. It would guarantee voters 20 days of early in-person voting and no-excuse absentee vote-by-mail. In addition, the bill would aim to "guarantee that all voter registration applications submitted by mail or online, up until and 21 days prior to Election Day, are deemed valid."

Salon spoke last week with Marian Schneider, president of the nongovernmental and nonpartisan voting rights organization Verified Voting. When discussing an editorial by Republican National Committee Chairwoman Ronna McDaniel in opposition to expanded access to mail-in voting, Schneider told Salon that "we are in the midst of a public health crisis, and we have to look at how we're going to deliver the election in a way that keeps voters and poll workers alike safe. And I do think vote-by-mail has a role to play, but Verified Voting is, of course, focused on election security. That's our mission, and we have some top-line recommendations for states that are ramping up vote by mail that would address security concerns."

McDaniel claimed in her editorial that "the Democrats' all-mail ballots proposal is a ruse to legalize ballot harvesting nationwide. Any person would be allowed to return an unlimited number of absentee ballots for voters, opening the door for political operatives to deliver ballots in bulk. They could even be paid, as long as he or she is not paid based on the number of ballots returned."

You can watch the clip below via Media Matters for America: