Food, faith and farming in the apocalypse: The coronavirus pandemic and the rural-urban divide

Here's what Christian farmers I know think about COVID-19, and how it might bring America together 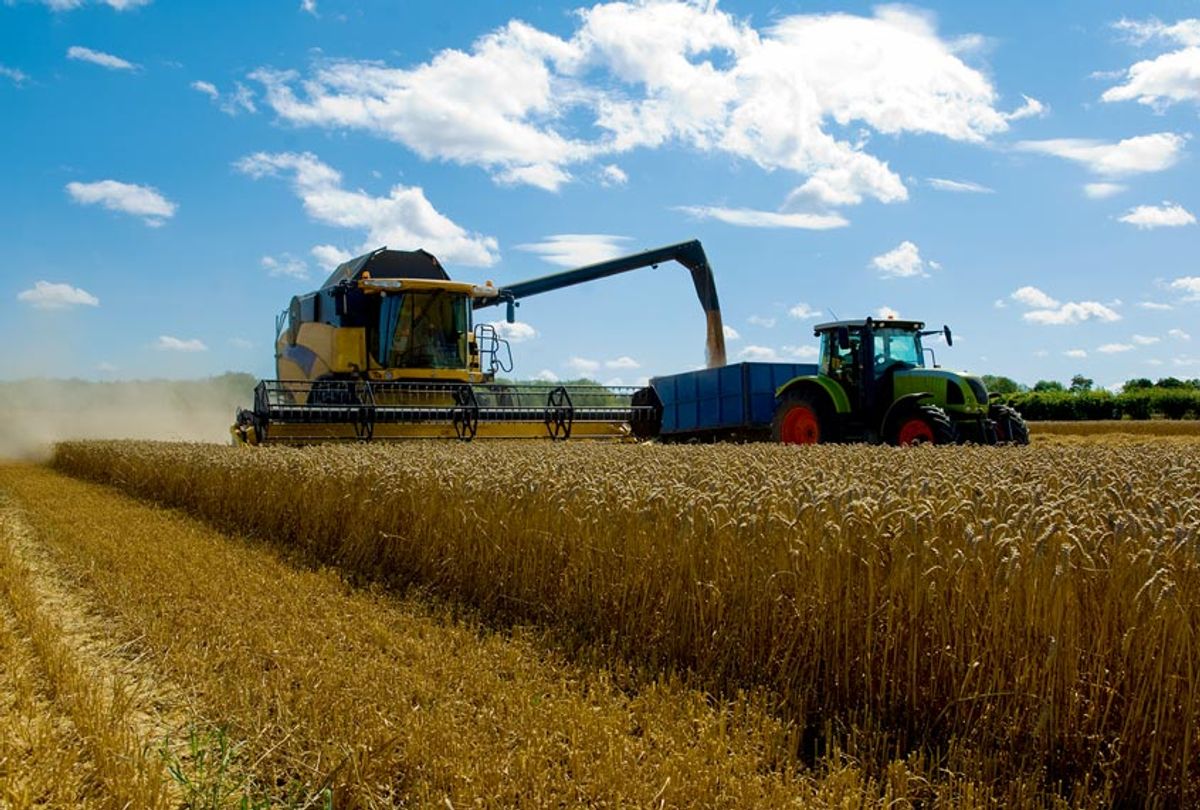 Eric Wolgemuth, a 58-year-old farmer who lives in Lancaster County, Pennsylvania, called me at my home in San Francisco to check in not long after the school that my son attends officially closed due to the coronavirus pandemic. "You know what folks are saying around here, don't you?" Eric's voice is low, with a touch of a drawl.

"It's a Democratic conspiracy," he said, referring to the maelstrom in the news surrounding the virus.

Eric and I hail from completely different worlds. He is a devout Christian, from a largely white and rural community where many never go to college; I'm a biracial city dweller and a member of the coastal elite. We might have never crossed paths but for the farm that my family has long owned in Nebraska. Eric is what's known as a "custom harvester": Every year, he hires a crew of young men to work as independent contractors, and they drive semi trucks, tractors and combine equipment hundreds of miles from Pennsylvania to the Great Plains to cut wheat for farmers—including my family.

A job on Eric's crew is competitive. This year Eric had chosen two new men to operate trucks, but they had not received their CDL licenses before the DMV shut down in mid-March. In early April, Eric usually drives to Grand Island, Nebraska, to pick up freshly manufactured combine harvesters. But the order is delayed this year and it's unclear if the machines will be ready for harvest in May.

Other harvesters he knew had even worse problems; Jim Deibert, based in Colby, Kansas, usually hires men from Australia and South Africa. Travel restrictions have made it impossible to bring in international travel workers this year, leaving men like Jim without a team.

As we talked about the changes that COVID-19 was bringing to our two worlds, I thought back to a trip I took with Eric and his crew during the 2017 harvest. He had invited me to come along so I could better understand the world of agriculture.

On the road, religion had been a constant. Eric has always recruited from Amish, Mennonite and other Anabaptist families in his community. Each Sunday, we went to church, and Eric prayed before every meal. And one unexpected subject recurred with a tenacious intensity: What would happen, the crew liked to muse, during the apocalypse?

One time, the fantasy involved all satellites world-wide breaking down. The people in the city — who couldn't hunt, farm or fix their own machinery — would go hungry. They would need help from men like the harvesters to repair all the equipment.

Then the crew pondered an even bigger problem: the food supply. "Won't take long for them to show up and take your food, Eric," said Amos, another member of the crew. Amos was referring to the immense grain bins that Eric has on his property in Pennsylvania, filled with wheat, corn and soybeans; successful farmers like Eric store grain and wait to sell it when the price is opportune. Other farmers must either sell right after harvest or pay rent to pool their grain in a cooperative storage facility.

Eric insisted there would be no problem. "We'd feed the people. We'd have a soup kitchen," he said. Feeding people was, for Eric, part of being a Christian — and a farmer.

The fantasy persisted. "Do you think God will deliver a message soon? To show that social media is a deviation from God's message and show city people how selfish they are?" Amos asked.

Eric's 23-year-old son, Juston, frequently interjected during these heated conversations. City people, he said, shouldn't be so easily dismissed: "Who do you think buys the food we grow?"

Another time, I brought up a U.N. report that projected that by 2050, Earth would be home to 9.8 billion people. To feed them, we would either need to get more food out of the planet or make more arable land by clearing forests, perhaps even the Amazon. Eric thought instead that we ought to try to colonize Mars: Men like the harvesters were well equipped for the loneliness of space and the daily work of planting and harvesting.

Michael didn't see the point. "Revelation is coming," he said. God would soon judge us, and there was no reason to extend our lives through space exploration.

Another harvester, Samuel, agreed. He had traveled to Israel to study the Book of Revelation — the final book in the Protestant Bible — and had concluded that the end times were indeed coming.

So ingrained were such ideas that it became impossible for me to enter the world of the harvesters fully without contending with the idea of an apocalypse. But over time, I began to suspect that, at least for these men, the end-times fantasies weren't solely about "city people" getting their comeuppance.

"People don't understand how much heart and soul goes into farming," Amos said to me sorrowfully on more than one occasion. He wanted city dwellers to know that his work mattered. He, like the other harvesters, wanted to be seen.

That summer, I spent more time with the Bible than I ever had. I reread Revelation, which indeed contains quite a lot about precisely how the world would end. But one thing is often left out when Revelation is discussed: At the end of the world, things aren't completely destroyed. There are no farms, but there is a city. The tree of life, not seen since Genesis, stands in the middle of this city and — like some replicator from "Star Trek" — makes enough food so people will never go hungry.

I sometimes asked the farmers about the implications of all of us ending up in a city, the place many of them regarded with such suspicion. Samuel, who had read Revelation so carefully, said, "She's right," and offered nothing more.

Back on the phone just days ago, Eric and I reminisced about these conversations. He said he has been staying at home with his family and attending church over the Internet. But come April 15, he will begin planting corn on his own farmland. The first week of May, he will drive out to Texas with his crew to start the wheat harvest. "This is the real deal," he said of the virus. But quarantine or no, the grain won't wait and will need to be taken from the field. "I had hoped this would bring us together."

Marie Mutsuki Mockett is the author of the book "American Harvest: God, Country, and Farming in the Heartland," out now from Graywolf Press.