Last week's 4.4 million new unemployment claims don't account for the backlog that has yet to be processed 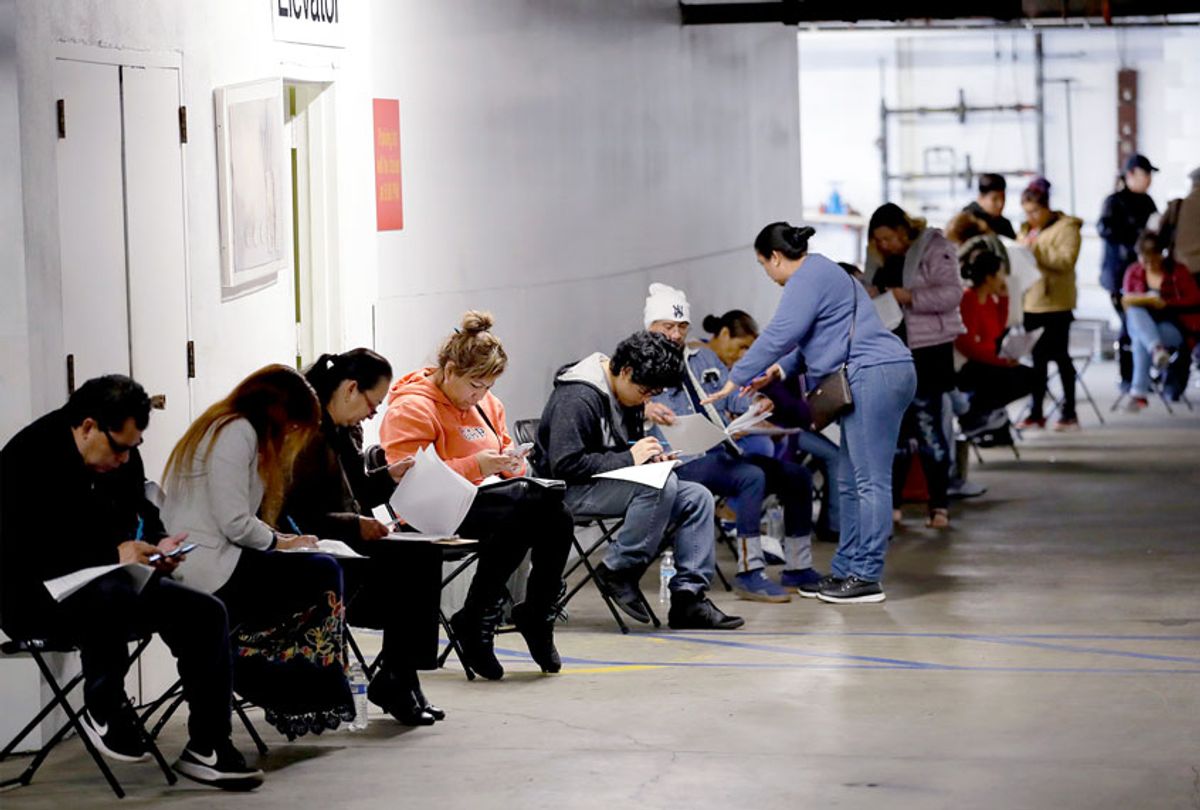 On Thursday, the Department of Labor released data showing that 4.4 million Americans filed for unemployment insurance last week. This brings the number of initial jobless claims to a total of over 26 million since the coronavirus pandemic brought the U.S. economy to a standstill five weeks ago.

For context, this means all job gains since the Great Recession have disappeared. At this rate, 2020 is predicted to exceed historically horrific full-year unemployment totals. That includes 1982, when unemployment reached 30.4 million, and 2009, when it reached 29.8 million.

Some economists estimate that this brings the unemployment rate to 20 percent. Notably, unemployment during the Great Depression approached 25 percent. However, measuring unemployment is a notoriously tricky act, as there are subjective aspects to the measurement, including whether and how to count those who have seemingly ceased looking for work.

"It is very easy with these numbers to get to 20 percent unemployment," David G. Blanchflower, a professor of economics at Dartmouth College, told NBC News.

Yet this number probably won't be reflected in the official unemployment rate, according to a blog post by the Economic Policy Institute (EPI).

"This is due to the fact that jobless workers are only counted as unemployed if they are actively seeking work," Heidi Shierholz, Senior Economist and Director of Policy at EPI wrote. "That means many workers who lose their job as a result of the virus will be counted as dropping out of the labor force instead of as unemployed, because they are unable to search for work due to the lockdown."

This week's unemployment claim report shows a decrease of 810,000 from the previous week's, but that could be due to a backlog in state benefits systems. As CNN reported, only a small fraction of Florida residents who applied for unemployment benefits had actually received payments. New York state's unemployment website "collapsed" following a surge in claims. A massive backlog has been reported in West Virginia, Ohio, and Hawaii, too. The states that reported the most initial claims last week included California, Florida, Texas, Georgia and New York. EPI data also suggests that overall women are experiencing more job loss than men.

Shierholz explained that before the pandemic, it would be typical for just over one million workers to file for unemployment insurance benefits in an average five-week period.

Earlier this week, Labor Secretary Eugene Scalia said he expects a rapid recovery once the U.S. is out of the pandemic.

"These numbers don't result from an underlying weakness in the economy — we had an extremely strong economy just weeks ago," he said. "I'm optimistic that we can see a much quicker return to a strong economy."

However, not all economists agree. Shierholz estimates if a bounce back happened in the second half of the year, "even under the best-case scenario," that could still leave the U.S. with an unemployment rate of 8 percent a year from now.

"The very best-case scenario is we rapidly bounce back and we get close to something where we were before. Personally, I think that's highly unlikely. The shock from the virus is going to trigger a broader economy-wide recession," Jesse Edgerton, an economist at JPMorgan, told Vox. "That's a really harsh reality."

Shierholz at EPI stated in her blog post that federal policy makers need to do more to make a recovery less painful.

"The next relief and recovery package should provide $500 billion in aid to state and local governments, extend unemployment insurance benefits, provide better protections for workers and jobs, and include funding to safeguard our democracy," Shierholz said. "And importantly, federal government relief should be tied to actual economic conditions (and not solely the unemployment rate), so that these provisions do not expire too early, when the economy and the people in it still need them."