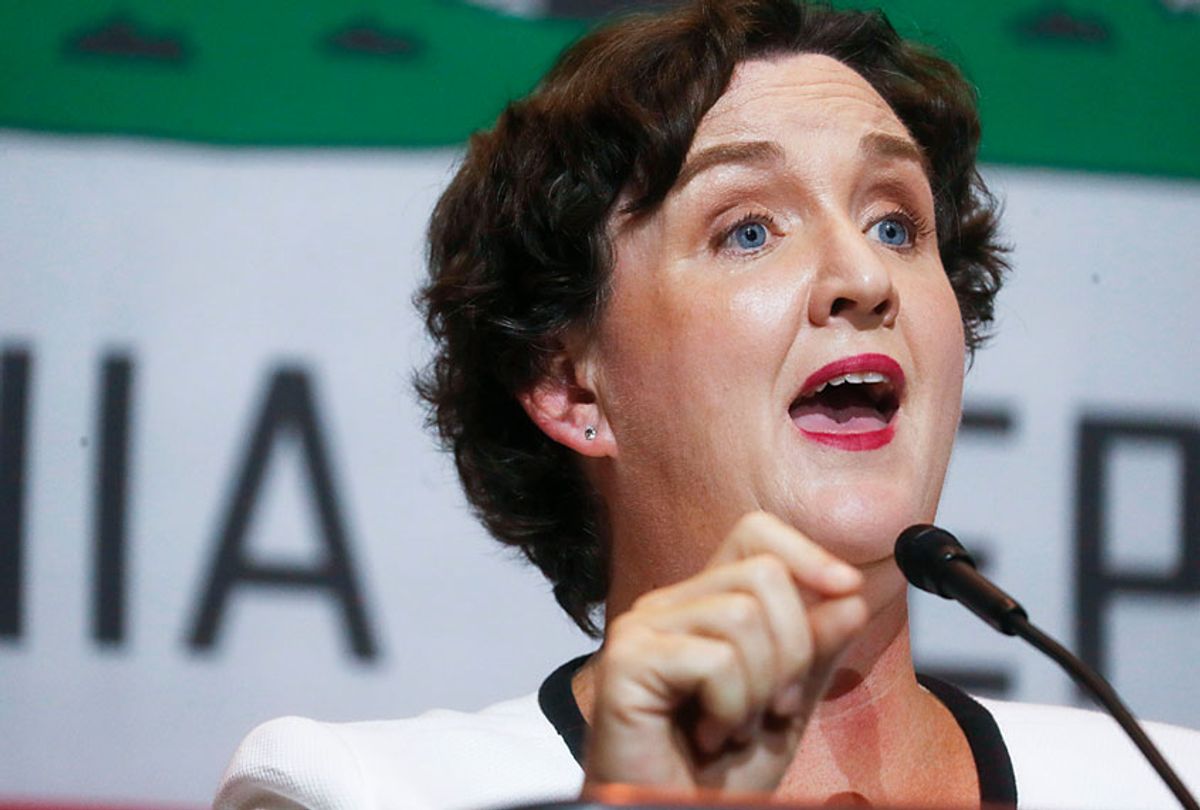 Rep. Katie Porter (D-CA) is in her first term in Congress, but has already earned a reputation as a fierce questioner.

During a Fox News appearance on Saturday, Porter showed that she can answer questions as well as she can ask them.

Fox News personality Leland Vittert attempted to grill Porter about China to distract from the failures in America to respond to the coronavirus cases, resulting in the highest reported death toll in the world.

"So you trust the WHO as an independent and legitimate service to do this investigation?" Vittert asked.

"The WHO is the entity that helps coordinate world health — hence its name, World Health Organization," Porter explained.

"Clearly you view them as in independent arbiter," Vittert assumed.

"That is not a substitute for the United States using its sovereign power to demand answers from China, which we should have been doing in late December, in November, in early January. Instead, we were evacuating thousands and thousands and thousands of Americans, from China, back to this country and having to deal with the infectious disease risk that that creates," Porter explained. "The reality is that we are in a global economy and that global economy is a big reason for the economic engine that is the United States."