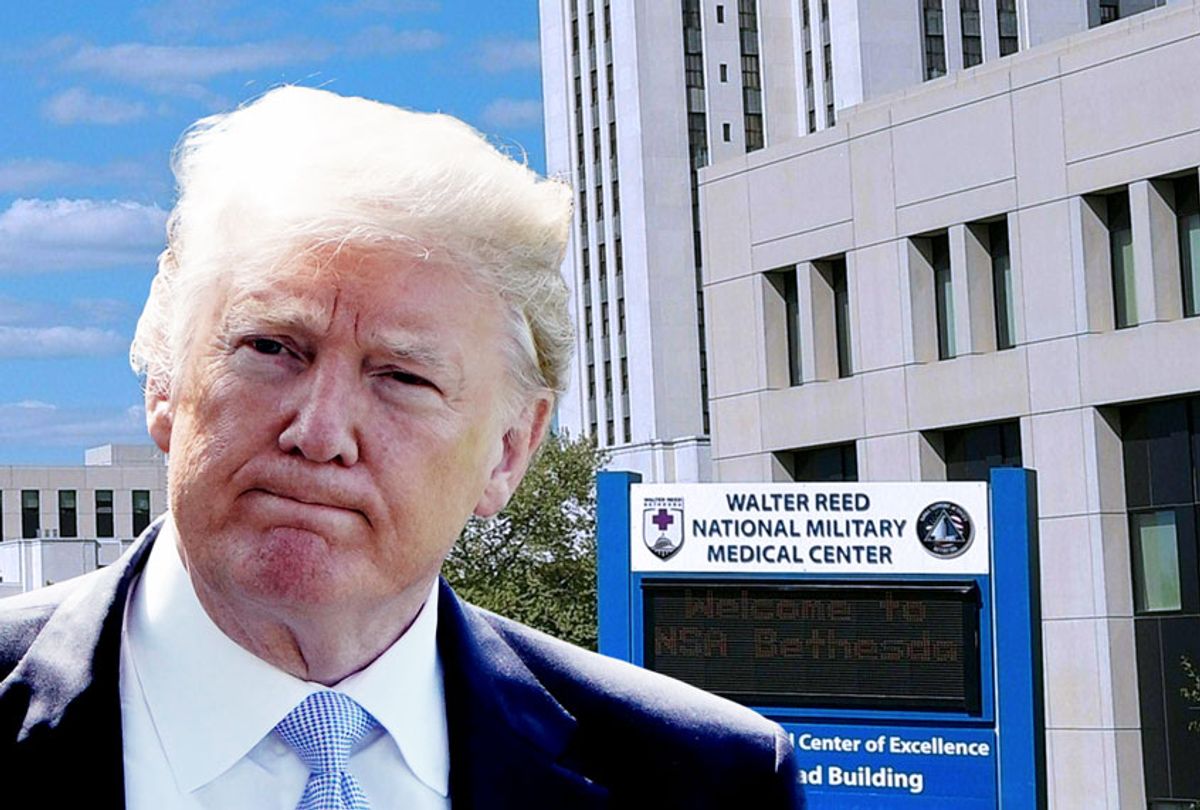 The article has been updated with a statement from FEMA.

The chief physician overseeing the Veterans Health Administration acknowledged that the Trump administration redirected a shipment of masks to the national stockpile after officials denied claims that health care workers were forced to work with inadequate protective equipment.

"I had 5 million masks incoming that disappeared," Richard Stone, the executive in charge of the veterans health system, told The Washington Post.

Stone said the Federal Emergency Management Agency (FEMA) directed vendors to send the masks to the agency rather than the VA so it could replenish the dwindling national stockpile. As a result, Stone said he was forced to move to "austerity levels" at some of the system's hospitals.

"The supply system was responding to FEMA," he said. "I couldn't tell you when my next delivery was coming in."

After VA Secretary Robert Wilkie appealed to the agency, FEMA provided the VA with 500,000 masks, about 10% of the shipment they ordered.

A FEMA spokesperson denied that the agency has diverted any protective equipment to the national stockpile or that it had legal authority to do so. The agency said it prioritizes distribution to the VA, which had a representative at the FEMA's National Response Coordination Center during the entire response.

"FEMA and VA staff have worked closely together during this response, and they are co-located in the National Response Coordination Center," FEMA spokesperson Janet Montesi said in a statement. "This is truly of whole-of-government effort and FEMA appreciates their tremendous support in opening their medical facilities for non-veteran COVID-19 patients. To date, the VA has made more than 1,400 acute and intensive care hospital beds across the nation available to non-veteran patients, if necessary. In support of VA and our nation's veterans, to date FEMA has coordinated shipments of more than 4.3 million various types of respirator masks, 1 million facial/surgical masks, 1.5 million gloves and 14,000 face shields to VA facilities across the country."

But numerous governors and hospital officials have similarly reported that FEMA confiscated ventilators and protective equipment sent to their states. Some officials have started smuggling supplies from China, going as far as disguising the shipments in food trucks.

The lack of a steady supply has forced the VA to limit employees treating coronavirus patients to just one mask per day. Other hospital workers have been instructed to wear their masks for up to a week and staple it back together if the straps snap. A recent memo from a top health system official urged regional directors to prepare for "scenarios that permit extended mask use, permit limited re-use, permit staff to bring in their own facemasks and N95 respirators and allow decontamination of used N95 respirators."

VA officials had denied staff complaints about inadequate supplies, but the virus has wreaked havoc on the nations's largest health-care system. About 1,900 health workers have contracted the virus and 20 have died, according to The Associated Press. Another 3,600 health workers are in quarantine after being exposed.

The Labor Department said it has launched an investigation into a union complaint alleging that one VA hospital ordered employees suspected of being infected to continue to work. Nurses in Florida and Georgia have staged protests outside VA facilities in response to the supply shortages.

"As a nurse during this pandemic, my job is to protect and heal veterans but without proper protective equipment, I cannot safely do my job that has been my calling for 26 years," Dana Horton, the National Nurses United Atlanta chief nurse representative, said. "I know working without the proper protections, I am endangering myself, my co-workers, the veterans I care for and our community by possibly exposing others to COVID-19."

The VA previously insisted that there have been no problems.

"All VA facilities are equipped with essential items and supplies to handle coronavirus cases, and all VA employees have the appropriate Personal Protective Equipment, as per CDC guidelines," VA press secretary Christina Noel said in response to scrutiny from the House and Senate Veterans' Affairs Committees. "VA is monitoring the supply levels at every facility every day to make sure facilities have adequate PPE for the number and types of patients they are seeing, and if a facility were to fall below stock levels, the facility could be cross-leveled by another VA facility or region."

House Veteran's Affairs Chairman Mark Takano, D-Calif., and the panel's Democratic members sent a letter to Vice President Mike Pence, the head of the White House coronavirus task force, complaining that the White House Office of Management and Budget had blocked their requests for documents related to hospital operations.

"We have found that the information reported to the Committees through VA's daily and weekly briefings — especially with regard to availability of personal protective equipment — stands in stark contrast to what we have heard from VA employees and read in the media regarding PPE shortages at VA medical facilities," the letter said. "The lack of specificity in VA's ongoing briefings for the committee not only poses risks of potential harm to veterans but also leads us to a simple conclusion: Your administration has hamstrung VA's ability to ensure Congress is fully informed of the full extent to which it is prepared to care for veterans."

Takano added that the committee members "don't need to waste any more of Secretary Wilkie's and Stone's valuable time with further requests for these documents when it is clear that the White House and OMB are holding up their release."