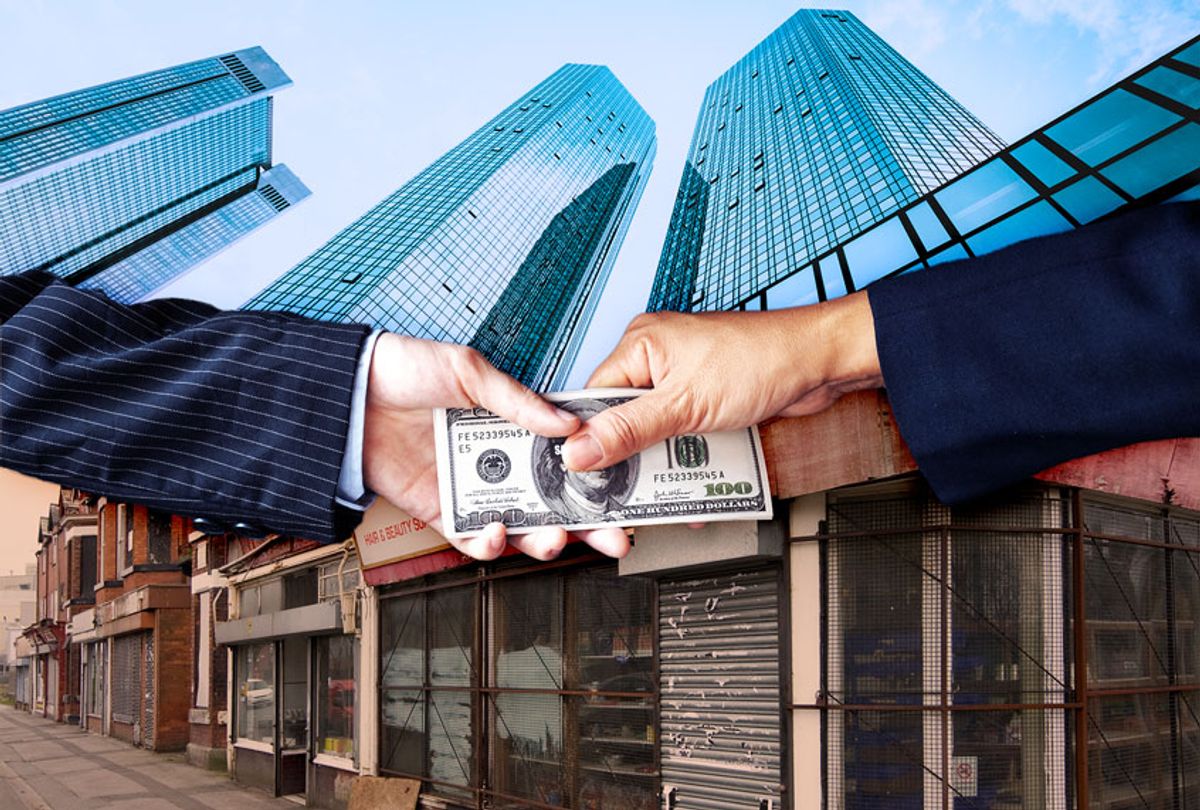 Companies that paid millions in fines, doled out big executive bonuses, and donated to the Trump campaign were among the firms that received millions of dollars in aid aimed at helping small businesses weather the coronavirus crisis.

The Paycheck Protection Program was created in the $2.2 trillion stimulus bill to help small businesses that could no longer sustain themselves after large swaths of the economy shut down to contain the spread of the coronavirus. But the program quickly ran out of money and needed to be replenished after dozens of large companies secured millions in low-interest loans, which would be forgiven if the companies retain their employees.

Though some restaurant chains like Shake Shack and Ruth's Chris Steakhouse returned tens of millions they got from the program after public outcry, about 200 publicly traded companies have disclosed that they received more than $750 million in total from the program, according to The New York Times. Other companies secured loans even though they were able to raise millions from private investors.

At least seven companies that received a combined $45 million in loans from the program recently had to pay big fines to the federal government.

MiMedx Group, a Georgia pharmaceutical company, received a $10 million loan just days after it agreed to pay the Justice Department $6.5 million after allegedly overcharging the Department of Veterans Affairs for medical supplies. The company also paid a $1.5 million settlement to the Securities and Exchange Commission.

US Auto Parts Network received a $4.1 million loan even though Customs and Border Protection recently seized some of the company's products because they were reportedly counterfeit, according to the Times.

Companies that have paid their executives big bonuses have also cashed in on the program.

AutoWeb received a $1.4 million loan just days after disclosing that CEO Jared Rowe got a $1.7 million bonus in 2019, despite the company's stock price having plunged by more than 70%.

Manning & Napier, a New York investment firm, was granted a $6.7 million loan after disclosing last month that it paid CEO Marc Mayer nearly $5 million last year, according to the Times, and after it vowed to pay out quarterly dividends to shareholders. The company later announced it rescinded the loan after the "Small Business Administration published updated guidance indicating the loans are not intended for public companies of any size with any actual or potential sources of alternative liquidity and funding."

Applicants for loans are not required to show that they have been affected by the pandemic and must only certify that "current economic uncertainty makes this loan request necessary." As a result, companies that have recently secured big investments pounced on the program.

Legacy Housing, a Texas home manufacturer, announced that it received $6.5 million from the program just weeks after it announced that it had secured a new $25 million credit line. After drawing scrutiny from the Times, top executive Curtis Hodgson told the paper that the company would pay back the money.

Escalade Sports, a sporting goods manufacturer, received a $5.6 million loan despite already securing a $50 million credit line from JPMorgan Chase, according to the Times. The company told the Times that it "fully met all required conditions" for the loan even though CEO Dave Fetherman told investors earlier this month the company had a "strong balance sheet."

Phunware, a data-collection company that works with the Trump campaign and Fox News, received a $2.9 million loan.

Continental Materials, a construction supply company, received $5.5 million in loans after CEO James Gidwitz contributed to the Trump campaign. His brother Ronald was tapped to serve as Trump's ambassador to Belgium after serving as the Illinois campaign finance chairman for the president's 2016 campaign.

The Main Street Alliance, an advocacy group for small businesses, said the funds were not going to the companies Congress ostensibly set out to help.

"It's outrageous," Amanda Ballantyne, the group's executive director, told the Times, adding that there were countless small business owners "who have laid off all their staff, are trying to file for unemployment and will go bankrupt because of the problems with the way this Paycheck Protection Program was designed."

The Trump administration has refused to disclose which companies have received the aid, so most information about recipients has come from the companies themselves. Trump and Treasury Secretary Steven Mnuchin have said they hope that companies that should not have gotten the loans will voluntarily return the money.

Banks distributing the aid have also pocketed some $10 billion in fees. Several of the banks have been accused of prioritizing large corporate customers ahead of small businesses that desperately need the aid to stay afloat.

Democrats and Republicans alike have criticized the program for misdirecting the funds.

"Many businesses with thousands of employees have found loopholes to qualify for these loans meant for small businesses. Unfortunately, when it comes to the PPP, millions of dollars are being wasted," Sen. Rick Scott, R-Fla., told CNN. "Right now, companies that are not being harmed at all by the coronavirus crisis have the ability to receive taxpayer-funded loans that can be forgiven. That's wrong, and it takes money out of the hands of those Americans who really need it."