Reade claims that Biden sexually assaulted her in 1993, pinning her up against a wall and digitally penetrating her 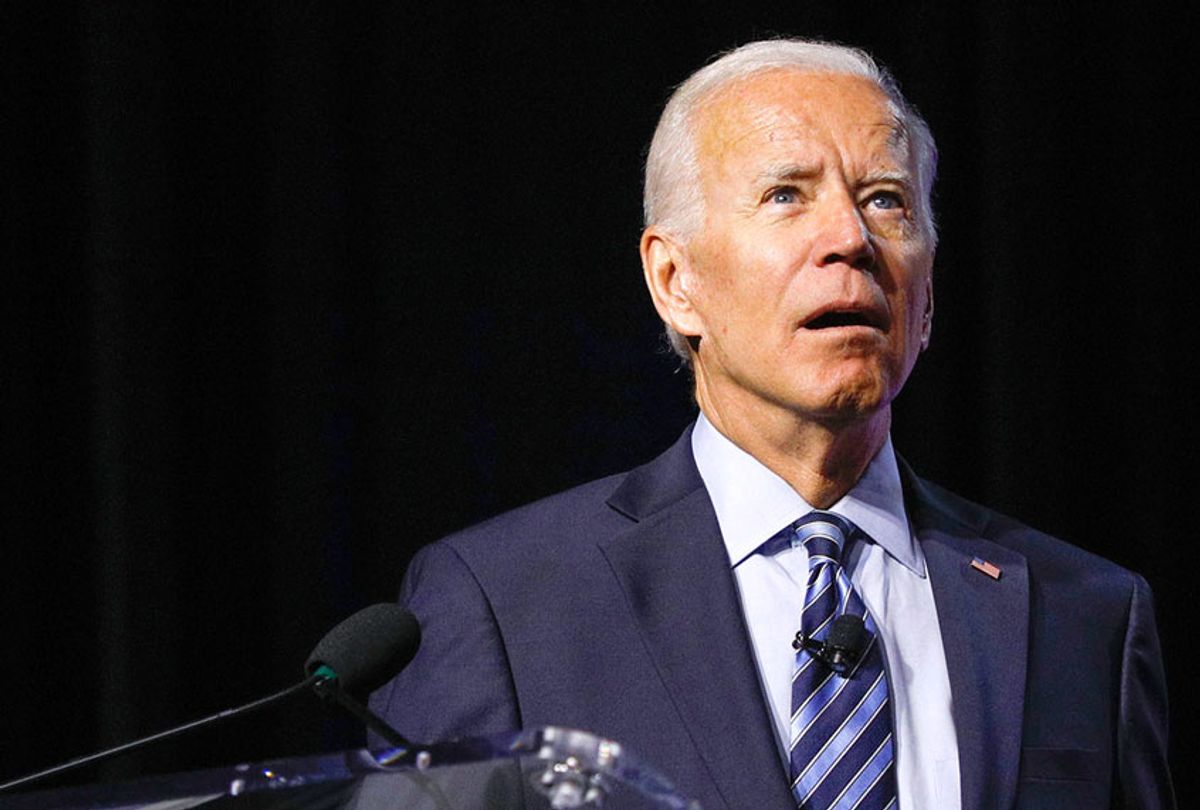 Reade, who briefly worked for Biden when he was a senator, accused Biden during a podcast interview of pinning her against a wall and digitally penetrating her during an encounter on Capitol Hill in 1993, Salon's Amanda Marcotte reported last month. Reade later reiterated the allegations to The New York Times and The Washington Post, among others. The Biden campaign has repeatedly said the allegations are false.

"Women have a right to tell their story, and reporters have an obligation to rigorously vet those claims," Biden communications director Kate Bedingfield said in a statement earlier this month. "We encourage them to do so, because these accusations are false."

The allegation came as Biden became the presumptive Democratic nominee to face President Donald Trump, who has been accused of rape, sexual assault and sexual misconduct by dozens of women.

A friend told The New York Times that Reade told her about the allegations at the time of the incident. A second friend and Reade's brother also told The Times that she "she told them over the years about a traumatic sexual incident involving Mr. Biden."

Two more women came forward this week to corroborate the timeline of Reade's allegation. Lynda LaCasse, a Biden supporter who lived next door to Reade in the mid-90s, told Business Insider that Reade told her about the alleged assault decades ago.

"This happened, and I know it did," LaCasse told the outlet. "Because I remember talking about it."

LaCasse said Reade told her about the alleged assault in 1995 or 1996.

"I remember her saying, here was this person that she was working for — and she idolized him," she said. "And he kind of put her up against a wall, and he put his hand up her skirt and he put his fingers inside her. She felt like she was assaulted, and she really didn't feel there was anything she could do."

LaCasse said Reade grew emotional when she told her about the accusation.

"She was crying," she said. "She was upset, and the more she talked about it, the more she started crying. I remember saying that she needed to file a police report."

LaCosse said she decided to come forward, because she believed Reade's allegation.

"I have to support her just because that's what happened. We need to stand up and tell the truth," she added. ". . . She didn't ask me to. I volunteered to do that just recently. If this was me, I would want somebody to stand up for me. It takes a lot of guts to do what she's doing."

LaCosse acknowledged that backing an allegation against the Democratic presidential nominee "may have repercussions for me."

"I personally am a Democrat — a very strong Democrat," she continued. "And I'm for Biden, regardless. But still, I have to come out and say this."

Lorraine Sanchez, who worked with Reade in the office of California state Sen. Jack O'Connell in the mid-90s, also told Business Insider that Reade alleged at the time that her former boss in Washington had sexually harassed her, and she was fired after raising concerns.

"[Reade said] she had been sexually harassed by her former boss while she was in DC," Sanchez told the outlet, "and as a result of her voicing her concerns to her supervisors, she was let go — fired."

Sanchez said she could not remember whether Reade had named Biden or detailed the alleged incident.

"What I do remember," Sanchez said, "is reassuring her that nothing like that would ever happen to her here in our office — that she was in a safe place, free from any sexual harassment."

The Intercept last week reported that a woman that Read identified as her mother called then-CNN host Larry King in 1993 to seek advice about the allegation.

"Yes, hello. I'm wondering what a staffer would do besides go to the press in Washington?" the woman Reade identified as her mother asked in the video. "My daughter has just left there after working for a prominent senator and could not get through with her problems at all. And the only thing she could have done was go to the press, and she chose not to do it out of respect for him."

"In other words, she had a story to tell but out of respect for the person she worked for she didn't tell it?" King asked.

Reade has alleged in multiple interviews that Biden pushed her against a wall and digitally penetrated her in 1993. When she resisted, she claims that Biden said, "Aw man, I heard you liked me."

She alleged that Biden then told her "you're nothing to me" before shaking her by the shoulders and adding, "You're OK. You're fine."

Reade claims that she had already complained to her superiors about the way Biden looked at her and touched her prior to the alleged incident but received no response. She also claims that was abruptly removed from her duties in managing the office interns after the incident. She said she later filed a complaint to the Senate about the treatment she received but not the alleged assault itself.

Reade filed a police report earlier this month in Washington about the alleged assault but did not mention Biden by name. She said that she filed the report for "safety reasons."

Reade first came forward last year with seven other women to accuse Biden of kissing, hugging or inappropriate touching. Reade alleged at the time that Biden "publicly stroked her neck, wrapped his fingers in her hair and touched her in ways that made her uncomfortable," according to The Times. She claimed that Biden had inappropriately touched her to a California newspaper last year but did not mention the alleged assault.

Some former Biden staffers have gone on record saying that they had no recollection of Reade's allegation at the time.

"I have absolutely no knowledge or memory of Ms. Reade's accounting of events, which would have left a searing impression on me as a woman professional and as a manager," Marianne Baker, who was Biden's executive assistant for nearly 20 years, said in a statement.

Melissa Lefko, who was a staff assistant at the time, told Business Insider that she also had no knowledge of the allegation at the time.

"Had there been anything, I would have heard about it," she said.

An intern who worked under Reade said she does not recall any allegations but confirmed that Reade was abruptly relieved of her duties.

The Biden campaign argued that there was no validity to Reade's allegation.

"Vice President Biden has dedicated his public life to changing the culture and the laws around violence against women. He authored and fought for the passage and reauthorization of the landmark Violence Against Women Act. He firmly believes that women have a right to be heard - and heard respectfully," Bedingfield said in a statement. "Such claims should also be diligently reviewed by an independent press. What is clear about this claim: It is untrue. This absolutely did not happen."

But some Democrats who support Biden have called for the allegation to be investigated.

"I think this case has been investigated," Sen. Amy Klobuchar, D-Minn., told MSNBC. "I know the vice president as a major leader on domestic abuse. I worked with him on that."

Michigan Gov. Gretchen Whitmer, a fellow Democrat, told NPR that she had concerns about the allegation.

"Well, I think women should be able to tell their stories. I think that it is important that these allegations are vetted, from the media to beyond. And I think that, you know, it is something that no one takes lightly," she said. "But it is also something that is, you know, personal. And so it's hard to give you greater insight than that — not knowing more about the situation."