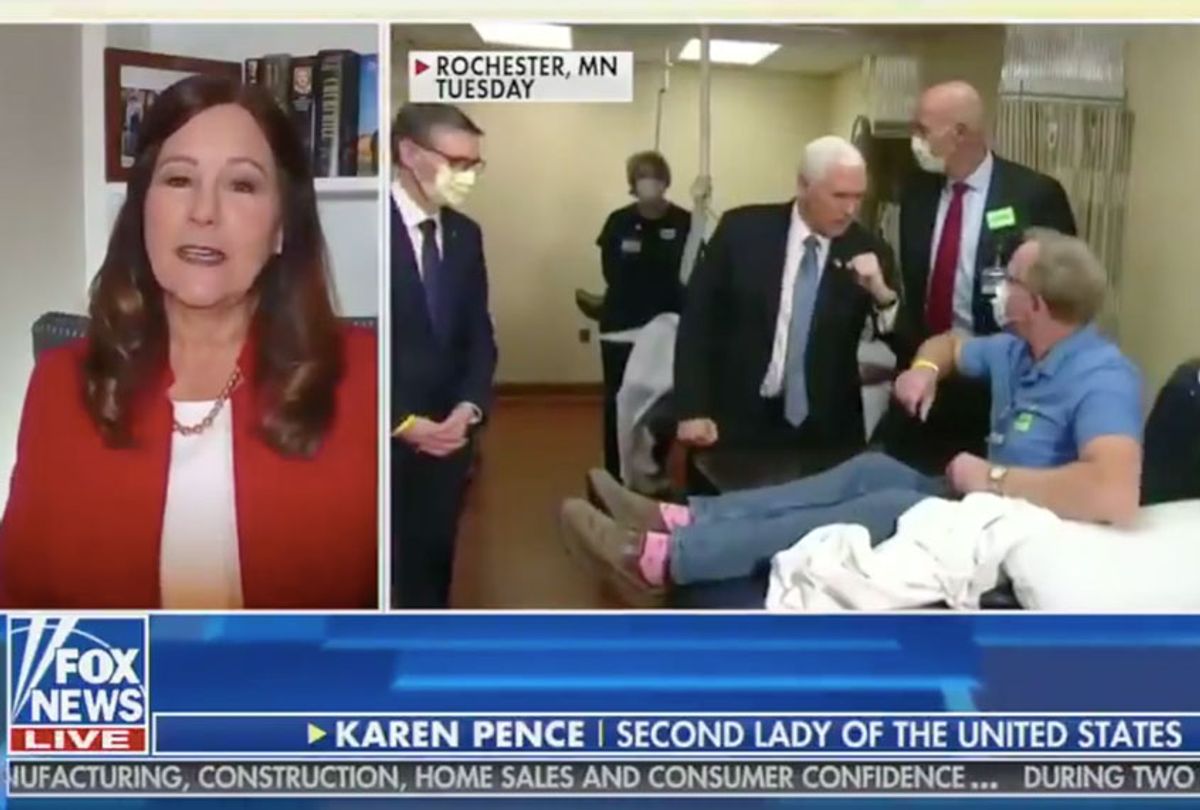 On Fox & Friends, Karen Pence defends her husband for not wearing a mask at the Mayo Clinic (Fox News)
--

Karen Pence went on Fox News to explain why her husband failed to wear a required mask during a visit this week to the Mayo Clinic.

Vice President Mike Pence drew widespread condemnation when he declined to wear a protective mask during a tour of the medical clinic, and "Fox & Friends" co-host Ainsley Earhardt asked his wife to explain.

"That's a great question as our medical experts have told us wearing a masks prevents you from spreading the disease and knowing that he doesn't have COVID-19, he didn't wear one," Pence said.

That was the explanation offered by the vice president after facing criticism, but his wife offered a new excuse.

"It was actually after he left Mayo Clinic that he found out that they had a policy of asking everyone to wear a mask," she said. "Someone has worked on this whole task force for over two months is not someone who would have done anything to offend anyone or scare anyone. I'm glad that you gave me the opportunity to talk about that."