Signaling an end to a long boom, Silicon Valley copes with layoffs 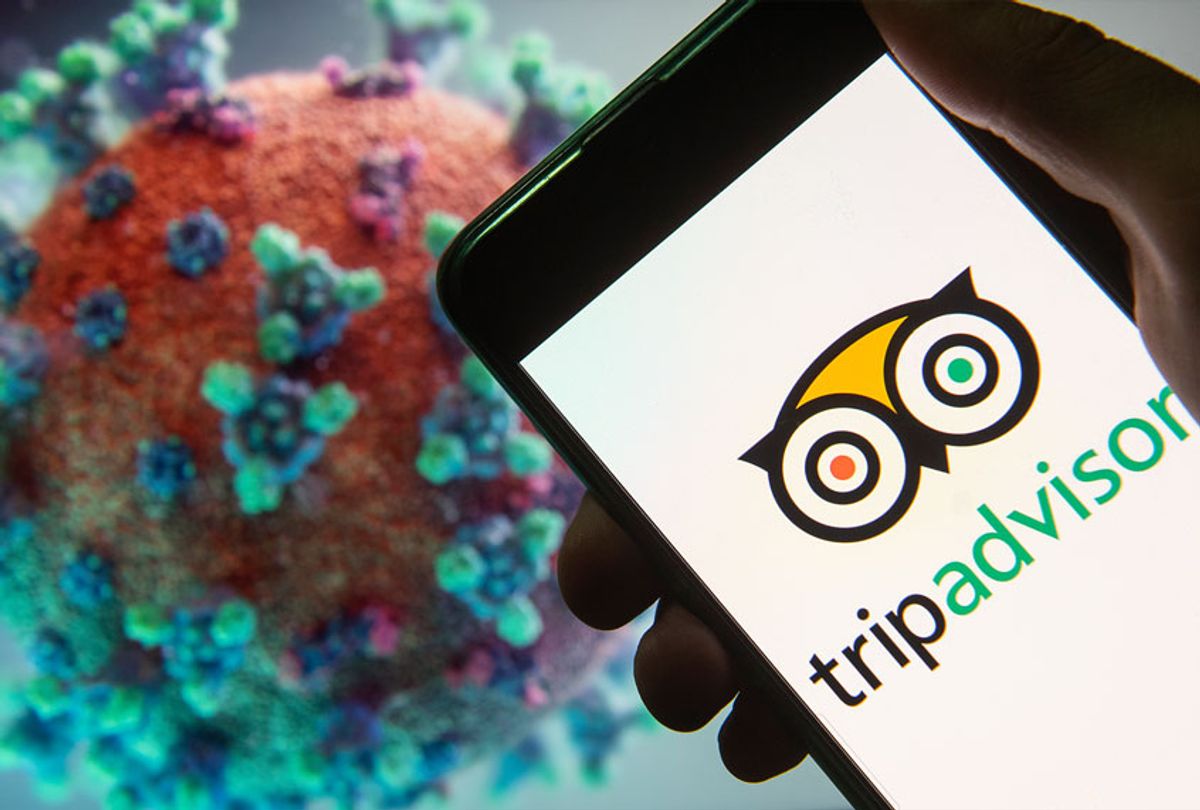 American travel agency and restaurant website company TripAdvisor logo seen displayed on a smartphone with a computer model of the COVID-19 coronavirus on the background. (Photo Illustration by Budrul Chukrut/SOPA Images/LightRocket via Getty Images)
--

Another Thursday, another report on pandemic-related job losses. The latest official numbers, released on Thursday morning, state that 3.8 million people lost their jobs last week. However, reports about backlogs in state benefits systems suggest that number could be much higher.

Indeed, in the span of six weeks, an unprecedented 30 million Americans have sought unemployment benefits. As Salon reported last week, this means all job gains since the Great Recession have disappeared. At this rate, 2020 is just about to exceed historically horrific full-year unemployment totals, including 1982, when unemployment reached 30.4 million; and 2009, when it reached 29.8 million.

The state of California notes that in the latest report there were fewer layoffs in the service industry, which has been generally hit hard all across the country. And the tech industry, the premier economic powerhouse of the United States, was not spared this round. Despite many tech workers' freedom to continue office work from home unencumbered by social distancing rules, tech companies aren't uniformly making a profit during the pandemic — resulting in a string of widely publicized mass layoffs from some of the tech industry's biggest companies.

On Wednesday, rideshare giant Lyft announced in a regulatory filing that the company was cutting 982 employees, which represents 17 percent of the company. Another 288 employees were furloughed.

"It is now clear that the COVID-19 crisis is going to have broad-reaching implications for the economy, which impacts our business," chief executive Logan Green said in a statement. "We have therefore made the difficult decision to reduce the size of our team. Our guiding principle for decision-making right now is to ensure we emerge from the crisis in the strongest possible position to achieve the company's mission."

Lyft's competitor, Uber, is reportedly eyeing a similar move, according to a report from The Information. Uber has publicly declined to comment.

TripAdvisor also announced this week that it will be reducing staff by 900 employees. As a travel industry-adjacent tech company, that might have been expected, as tourism worldwide is down tremendously.

"Since mid-to-late February, COVID's impact on the travel industry and our business has slowly revealed itself day by day," CEO Stephen Kaufer said in a memo to employees. "The pandemic has had an impact on the economy that no one expected. Our personal and professional lives have changed in profound ways."

The pandemic is hitting mid-size tech companies that are well-known among those who follow business news in Silicon Valley. Earlier this week, Axios reported that Automation Anywhere, a robotic process automation company that was valued at $6.8 billion last fall, began laying off hundreds of employees on Monday. A spokesperson for the company told Axios:

"Due to the Covid-19 pandemic and the changes it has brought to the global economy, Automation Anywhere is adjusting operations and restructuring parts of the company, which will result in a workforce reduction. Although we are confident in the company's strength and ability to grow going forward, given the current circumstances, we must reduce expenses in some areas and realign our resources to new skill sets in key growth areas, such as cloud and digital, that offer higher value service to customers."

Zenefits, an HR software company notable for a minor scandal in 2017, laid off a number of employees; so did App Annie, a mobile analytics startup. According to a tech layoff tracker Layoffs.fyi, which compiles data from public sources, 33,981 startup employees have been laid off between March 11 and April 30.

This is all to say that not all tech companies are struggling. Microsoft, Facebook, Google, and, yes, Zoom, are still roaring ahead. Yet this pandemic has been a litmus test for which technology services are still essential in a moment when society's priorities have drastically shifted. As David Rotman pointed out in MIT Technology Review, many so-called "innovative" companies may have to relinquish their claim to that buzzword. As Rotman writes:

"The pandemic has made clear this festering problem: the US is no longer very good at coming up with new ideas and technologies relevant to our most basic needs. We're great at devising shiny, mainly software-driven bling that makes our lives more convenient in many ways. But we're far less accomplished at reinventing health care, rethinking education, making food production and distribution more efficient, and, in general, turning our technical know-how loose on the largest sectors of the economy."

These layoffs arrive concurrently with a number of coordinated strikes among the more exploited working-class and contract workers for major Silicon Valley companies. Amazon and Instacart workers are planning a strike for tomorrow. Together, the two variables could be the perfect storm to remake Silicon Valley as we know it.