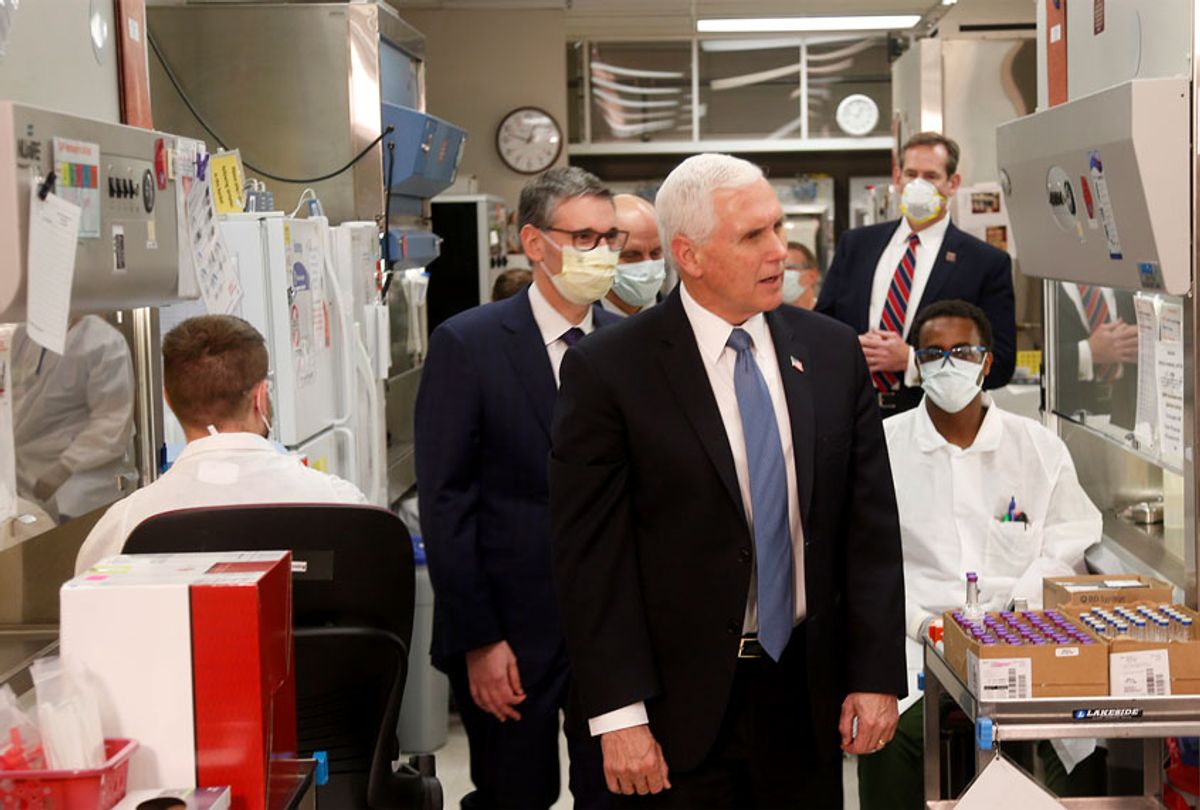 The reporter works for Voice of America, which is funded by the U.S. government

The office of Mike Pence has reportedly threatened to ban a reporter for Voice of America radio for reporting on embarrassing details about the VP refusing to abide by the Mayo Clinic's rules requiring masks.

"Vice President Pence's office has threatened to retaliate against a reporter who revealed that Pence's office had told journalists they would need masks for Pence's visit to the Mayo Clinic — a requirement Pence himself did not follow," The Washington Post reported Thursday.

"Pence's wife, Karen Pence, said in an interview with Fox News on Thursday that he was unaware of the mask policy until his visit was over," the newspaper reported. "But Steve Herman, who covers the White House for Voice of America, suggested that there was more to the story after Karen Pence's interview."

Voice of America is funded by the United States government.

"Herman said he was notified by the White House Correspondents' Association that Pence's office had banned him from further travel on Air Force Two, although a spokesperson in Pence's office later told VOA managers than any punishment was still under discussion, pending an apology from Herman or VOA," The Post reported.