In Amazon's sci-fi comedy "Upload," the system is programmed against us, even in the afterlife

The co-creator of "Parks and Recreation" gazes into the future of big data, and sees humanity and love winning out 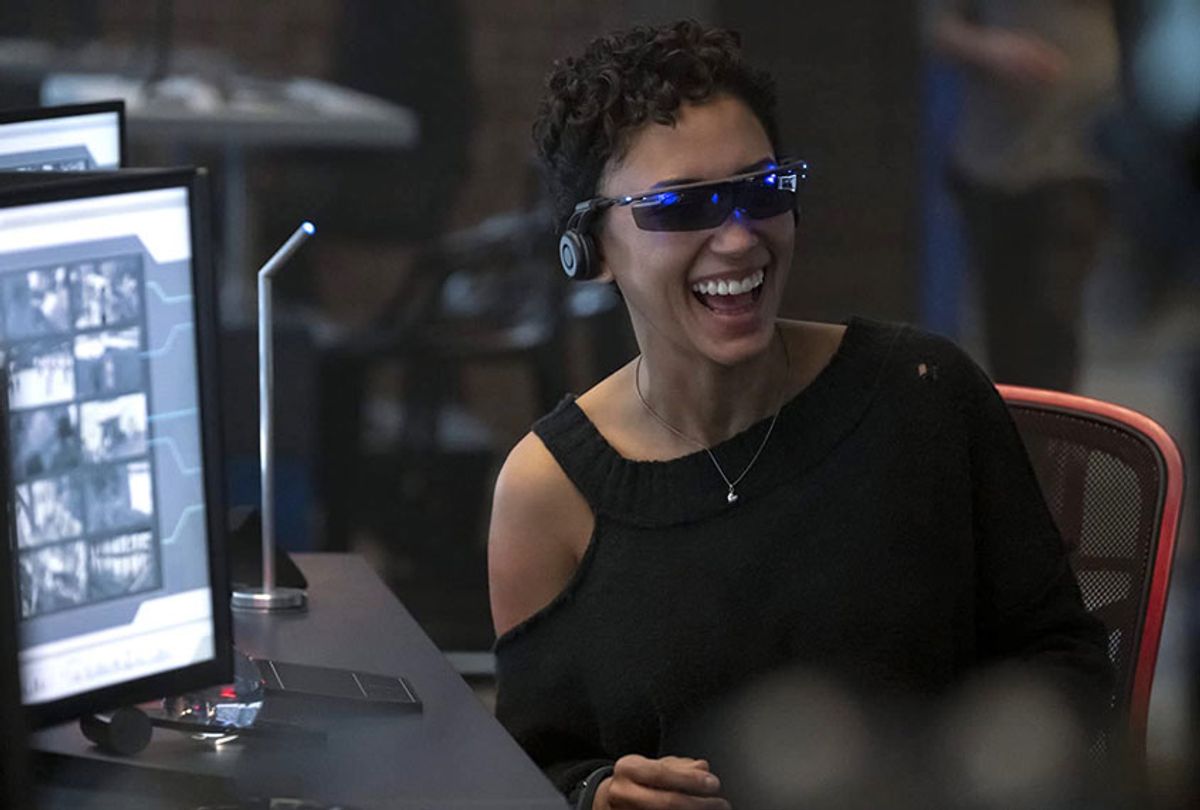 Throughout the best known works of his career in television, Greg Daniels has been quietly teaching us about social systems, the hierarchies within them, and what it takes to navigate their obstacles and make them work.

Lessons imparted by Daniels and his writing staffs via "The Office" and "Parks and Recreation" are straightforward in their sweetness, each leading with the notion that when all is said and done, human beings matter more than any structure. Goodness wins out, because goodness is what binds us in any common cause.

"Upload," Daniels' new Amazon series, lets a bit of helium out of his aspirational notions, presenting a near-future vision that looks completely plausible even down to the elements that are, for now, pure science fiction. Amazingly Daniels says he's been working on "Upload" since 2008, but its themes are very much of the moment – its most central having showed up in a number of films and series, including a few on other streaming services.

To its credit "Upload" doesn't stylistically mimic the bleak vision of the future seen in the likes of "Blade Runner" or Netflix's "Altered Carbon." The main difference is that technology has rendered handheld devices obsolete. Now the data is actually just in our hand. It also goes without saying that the surveillance state is a fait accompli, the wealthy rule the world, and the average worker is left fighting over scraps.

If anything, Daniels' take bears a closer resemblance to a future akin to the ones viewed in "Black Mirror," a world run by multinational conglomerates and enslaved by big data, where apartment dwellers grow vegetable stashes out of sacks hanging out of their windows and the environment is so poor that only the wealthy can afford to cook actual vegetables and meat; the rest print their meals.

Dating and mating are even more gamified processes than they are now, which makes life that much harder for romantics like "Upload" heroine Nora (Andy Allo), a single and struggling customer service worker bee for Horizen, a data company that offers an afterlife service in addition to its other tech products.

In Daniels' future, you see, humans who have the means can choose to have their minds uploaded to a simulated environment before they die and to live out eternity in a digital nirvana like Lakeview, where every need is seen to and every desire sated.

This is where we get to know Nathan Brown (Robbie Amell), although we meet him when he's alive and a standard-issue, self-involved tech bro with a wealthy, similarly selfish girlfriend named Ingrid (Allegra Edwards), whom he basically tolerates. Everything seems to be golden in Nathan's life until one night when the self-driving car in which he's heading home suddenly malfunctions and crashes, leaving him in critical condition.

As he lingers on death's door, Ingrid persuades Nathan to upload into Lakeview, a sort of crossroads between "The Good Place" and "San Junipero." This WASP's version of paradise, brought to you by the Horizen corporation, is filled with artificially intelligent servants catering to every whim, therapy animals that provide actual therapy, and personalized service from the real world by way of assistants called "Angels."

Among the Angels assigned to Nathan is Nora, who is hoping to earn enough money to secure a place in Lakeview for her terminally ill father Dave (Chris Williams). Nora and her best friend Aleesha ( Zainab Johnson) are each struggling to navigate the unyielding corporate demands of their office, but as Nora spends more time with Nathan the two start falling for one another.

This is a terrible development, one placing Nora in violation of company policy and on even worse footing with her ridiculous boss. Ingrid, meanwhile, constantly reminds Nathan that he now exists for her pleasure – literally – making his blossoming feelings for Nora even more problematic. The backdrop to all of this is a mystery: Nora and Nathan discover that a few key memories have gone missing from Nathan's upload files, and nobody can figure out why.

Daniels, like his "Parks and Recreation" co-creator Mike Schur, is a maestro at playing our heartstrings, and the chemistry born of casting Amell and Allo opposite one another is proof of this. Amell has the look of every Silicon Valley creep we've been conditioned to detest, and he leans into this initially before relaxing his character into this situation over which he has no mastery.

Allo, conversely, is naturally winning as Nora, lending her a wry, seen-it-all toughness that is nevertheless overcome by her innate belief in romance. The way Allo can make a dreaminess swim over her gaze at the thought of lasting love makes the audience tumble head over heels for Nora in an instant. In turn, she helps us to soften any initial bristling at Nathan.

We see this first during a commute, as she leans in to spy on a stranger's screen as she streams the Drew Barrymore and Adam Sandler romance "50 First Dates." When the woman notices Nora, she doesn't hoard the screen to herself – her wistful smile wins her over, and together they enjoy the cinematic moment.

Scenes like these make "Upload" winning despite the shadowy edges of its futurism because it represents a return to the core coding that makes Daniels' other shows timeless. Nora's obvious humanity also makes her casual defeat by hookup app more frustrating to witness or her boss Lucy's (Andrea Rosen) callousness extra infuriating, underscoring once again that the convenient order prescribed by future tech doesn't necessarily solve our very present concerns about the decline of human empathy or connection.

Where Nora is all hope and romance, Johnson's Aleesha is a realist attuned to what the world has to offer and its limits. Paired with Nathan's Lakeview neighbor Luke (Kevin Bigley), a troublemaker who generally has his heart in the right place, the two provide most of each episode's main comic relief aside from the circumstances Daniels and his writers code into Lakeview itself.

Paradise, as it turns out, is a matter of perspective and opinion, and can never truly be such a place when it is designed by a huge company that can find ways of selling you items even in the afterlife. And even this feels dead-accurate and more relevant than the increasingly strange circumstances surrounding Nathan's death.

"Upload" doesn't entirely reveal that mystery by the end of its 10 episodes, and that's just as well given that it leaves us wanting to see what karma and eternity have in store for Nathan and Nora, together and apart. Romance with customers may be against company policy, and true love may prove incapable of cheating death and unfortunate results that pop up in one's search history. But it does have a way of finding cracks in every system and breaking through somehow. Daniels has programmed this concept into a future that's not especially bright but looks realistic and, for all of its flaws, offers a few shining motes of hope.

"Upload" is available to stream on Amazon Prime.