"This was a large enough change to make me take a step back," GOP Gov. Tate Reeves now says 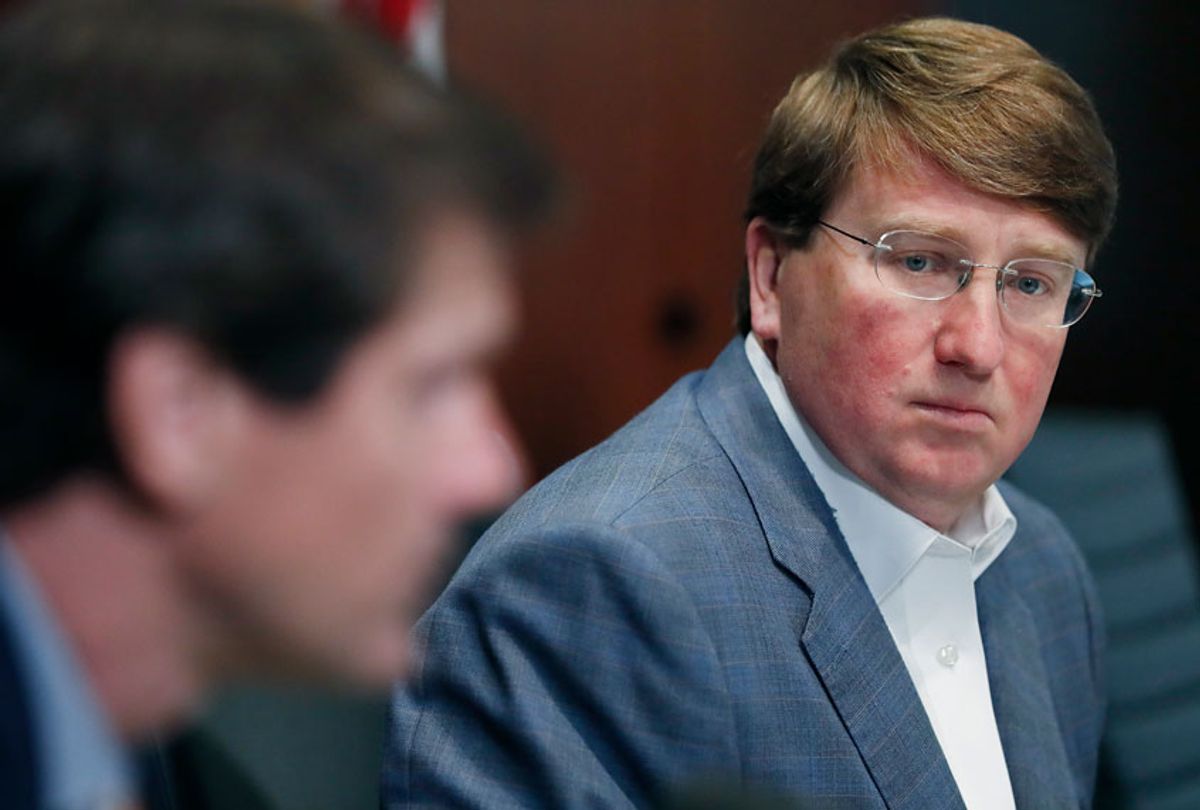 Mississippi Gov. Tate Reeves walked back his plan to begin reopening parts of the state's economy after health officials reported the largest increase in COVID-19 cases and deaths since the pandemic began.

Reeves, a Republican, issued a "safer-at-home" order last Monday to allow retail stores to reopen under social distancing guidelines. But he walked back the plan Friday after the state reported 397 new confirmed COVID-19 cases and 20 new deaths.

"Things can change quickly. We have to stay flexible. Today, I was prepared to announce further reopenings. That was the plan, and I was excited to get more of our people back to work," Reeves said during a news briefing. "This was a large enough change to make me take a step back . . . and I have come to the conclusion that I must hold on for now."

Thomas Dobbs, the state's top health official, said the data was a "powerful reminder that this is far from over."

Reeves did not say when he might restart plans to reopen retailers.

"The increase was a large enough change to make me take a step back, reexamine things and must hold on and reconsider at least over the weekend," he said, stressing his desire "not to recklessly put people in harm's way."

But Reeves suggested that the spike would not significantly delay the state's plans in a Sunday interview.

"We didn't have time to analyze the data before we made the announcement, and we are trying to be very cautious," Reeves told Fox News. "And so we said, 'Let's analyze the data over the weekend.' And what we have found is it's really a dump. We had a large number of tests that came in from out-of-state private labs."

"We have never had more than 300 cases in any one day, with the exception of Friday in that data dump," he added. "It was a one-day blip, but we wanted to make sure we investigated that data before we made a final decision – so we delayed."

Reeves defended the plan to reopen, arguing that "models" that work for other states do not work for Mississippi.

"You have to understand that Mississippi is different than New York and New Jersey," he said. "What we have seen is for the last 35-40 days, we've been between 200 and 300 cases without a spike. Our hospital system is not stressed, we have less than 100 people in our state on ventilators."

Protesters demanding the Mississippi reopen demonstrated outside the state capitol and the governor's mansion last week.

"I think a fundamental right of our government is to be able to protest our leaders, and you know, most of the people that were protesting voted for me last year," Reeves said. "We have a public health crisis in this country. There is no doubt about it, but we also have an economic crisis. And so when I looked at those protesters, I know they were protesting for the 200,000 Mississippians that have lost their job in the last six weeks."

Reeves' response to the protests was markedly different from that of other governors facing calls to reopen.

"We are doing what we think is right – what I think is right," he said last month. "That is trying to open this economy, but doing it very very carefully, so we don't get a lot of people killed."

Michigan Gov. Gretchen Whitmer, a Democrat who has faced some of the fiercest protests and criticism from President Donald Trump, also condemned protests for depicting "some of the worst racism and awful parts of our history in this country."

She vowed in a Sunday interview that she would not yield to pressure from protesters.

"The fact of the matter is we are in the global pandemic. This is not something we negotiate ourselves out of and is a political matter. This is a public health crisis that has taken the lives of almost 70,000 Americans," she told CNN. "Whether you agree with me or not, I'm working to protect your life if you live in the state of Michigan."

Maryland Gov. Larry Hogan, a Republican, said the protests paled in comparison to the rising number of deaths caused by the crisis.

"A couple of dozen people [protested] yesterday, and they have every right to do that," Hogan told CNN. "Sadly, we had far more people die yesterday in Maryland than we had protesters."